RJ Funky Shankar Has Been Released From Police Custody 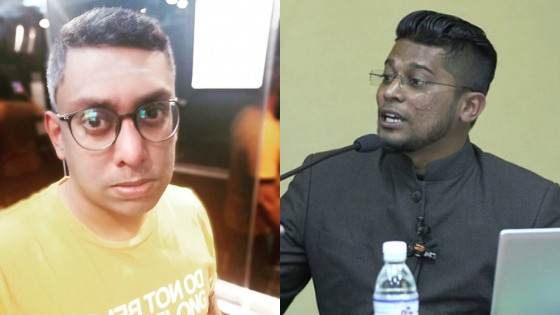 The RJ was arrested for alleged criminal intimidation and misuse of Internet facilities and was transferred to Kangar, Perlis for investigations. He took it to social media to share that he was being arrested over the falling out, in a post captioned, “Dear Malaysia.
I am being arrested for investigation under section 502, 506, 233 and I will be brought to perlis Kagak. Anything pls call Mohan at 0162787027. Will fight for our Indians. Tamilanda”.

Section 502 and 506 of the Penal Code represents Criminal intimidation and Section 233 is under the Communication and Multimedia Act for misuse of Internet facilities.

Shortly after being released yesterday, Funky Shanker went back to Facebook Live to share another message to Zamri Vinoth, claiming that he will continue this fight till justice is served. Shankar also shared his gruesome experience of being in police custody.