The 2012 Delhi bus gang rape of 23 year old Nirbhaya left the world in shock at such barbaric act. With pressure worldwide by activists and media, everyone had their eyes on the investigation of the case.

Chhaya Sharma, then DCP (South District) of Delhi Police, was in charge of this case and led a team of police officers while working closely with other investigate teams to identify and capture the criminals. In under one week, Chhaya Sharma and her team managed to arrest 5 men who were involved in the act. Court proceeding began in January 2013 and the Supreme Court prosecuted the men with a death penalty.

Congratulations to human rights defender and anti-trafficking crusader Chhaya Sharma for receiving the 2019 Award for Courage and Leadership by the McCain Institute. #USIndia pic.twitter.com/JoAbejN0zS

This month, Chhaya Sharma was awarded the prestigious Courage and Leadership Award instituted by McCain Institute for International Leadership at Arizona State University, USA for her exceptional bravery during the Nirbhaya case. Chhaya has also solved other cases involving gangs and murder cases and arrested a number of notorious criminals like Narender Don and Raju Hakla. She was even called ‘Gangster Eliminator DCP’. 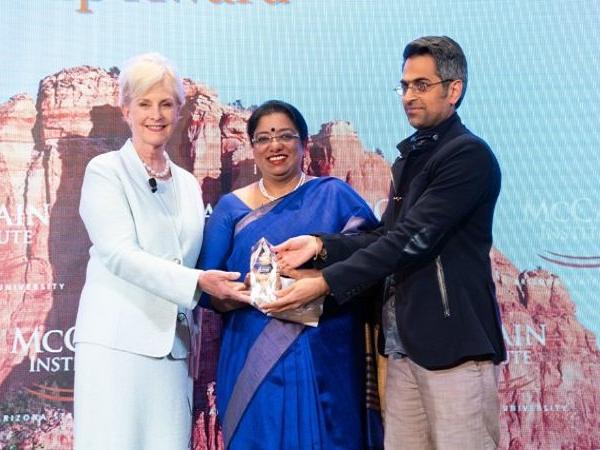 Chhaya’s work on the Nirbhaya case was portrayed in a 7 part series by Netflix called ‘Delhi Crime’. Her character was called Vartika Chaturvedi played by actress Shefali Shah.

Congratulation Chhaya Sharma for leading the world justice by example and empowering women around the world.