The Malaysian born developer, Maha Sinnathamby, is known as the visionary and founder of Greater Springfield, Australia’s fastest emerging city.

The billionaire was born in Rantau, in a rubber plantation. He moved to Australia as an 18-year-old student at the University of New South Wales studying engineering before migrating permanently in 1971. 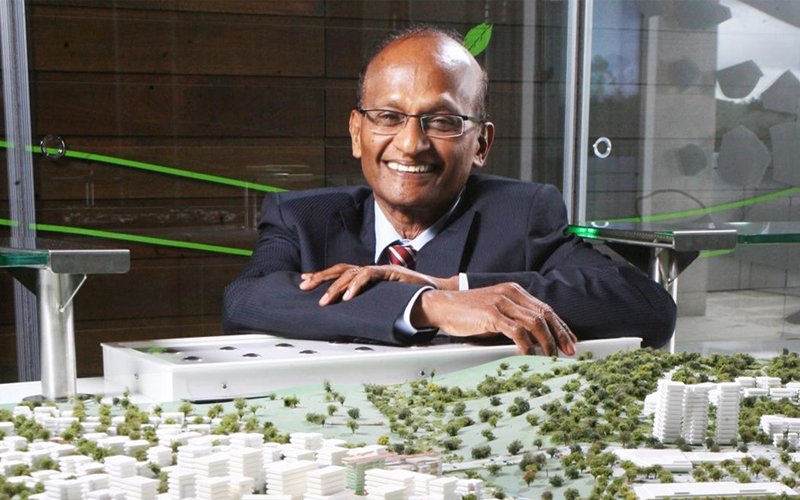 Greater Springfield is a city of the future, recognised as a project of national significance, and awarded the FIABCI Prix D’Excellence Award for the World’s Best Master Planned Community.

The eighty-year-old and his long-time business partner Bob Sharpless have spent the past 27 years transforming the 2860 hectare former forest reserve (bought for $8 million in 1992) into a home for about 43,000 residents complete with housing estates, office towers, apartments, schools, shopping centre, sports facilities and parkland.

Now for the first time ever, Sinnathamby and Sharpless are seeking a partner, or consortia of partners, who are committed to working with their company, Springfield City Group, to fast track the growth of the city’s economy and build even greater amenity for its people and the city.

“This is an invitation for the market to get involved in a unique project, recognised by former Prime Minister Malcolm Turnbull as nation-building, ” Sinnathamby said. Maha always encourages the community to take up one idea they are passionate about. “Make that one idea your life and think of it, dream of it, live on that idea,”