Toddler Tisshaaanth was flung out of a car during an accident yesterday. Miraculously, he only sustained slight external injuries.

Captured by the dashcam of one Alan Chang, the incident happened at KM235.5 of the North South Expressway near Pedas Linggi in Negeri Sembilan, southbound at about 3.40 pm.

Tisshaaanth was travelling with his family in a car when he was thrown out of the vehicle after his father who was driving the car, lost control while trying to avoid colliding with a Perodua Myvi and Honda Jazz.

The boy is currently warded at the Tuanku Ja’afar Hospital in Seremban. He is in stable condition.

The X-Ray conducted on the two year old showed that there was no internal injury, according to Negeri Sembilan Women Affairs, Family and Welfare Action Committee chairman Nicole Tan Lee Koon. She added that the state government would provide financial contributions and a child restraint seat for his family.

Meanwhile, the boy’s father, K. Satthiaseelan, 33, said he was driving on the right lane of the expressway when, through his rear-view mirror, he saw a Honda Jazz flashing its high beam, with a Perodua Myvi trailing closely behind it.

“When I wanted to give way, a Perodua Myvi suddenly came from the left lane and cut across to the right lane, hitting the left rear side of my car in doing so, and the impact caused me to ram into the divider,” he said.

Satthiaseelan is a furniture factory worker who resides in Taman Cempaka, Rantau. He thanked everyone for their assistance in the incident, especially the lorry driver, who stopped his vehicle and then went to rescue Tisshaaanth.

The driver of a Perodua Myvi has been remanded for three days from today. Negeri Sembilan Traffic Investigation and Enforcement deputy head DSP Shaifulizan Sulaiman said the remand against the 20-year-old man was issued by Magistrate Tan Chai Wei.He was arrested in Batu Berendam, Melaka, at about 4.50 pm yesterday. 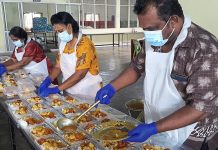 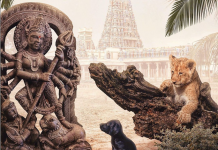