Dr B. A. Venmathi Maran Identifies Thousands of Rare Red Jellyfish on Beach in Labuan

Thousands of  dead red jellyfish have been spotted on the Mawilla coastline in Labuan earlire this week. Associate Professor Dr B. A. Venmathi Maran of the Borneo Marine Research Institute of UMS as Crambione mastigophora (Cnidaria, Scyphozoa), whose common name is the “sea tomato”.

Dr Maran said the jellyfish could cause skin irritation, allergy and discomfort.

The phenomenon has been linked to strong winds and wave conditions, where the water currents in the South China Sea off Labuan are projecting southwards. This in turn causes the jellyfish to be transported to the shallow waters near the beach. 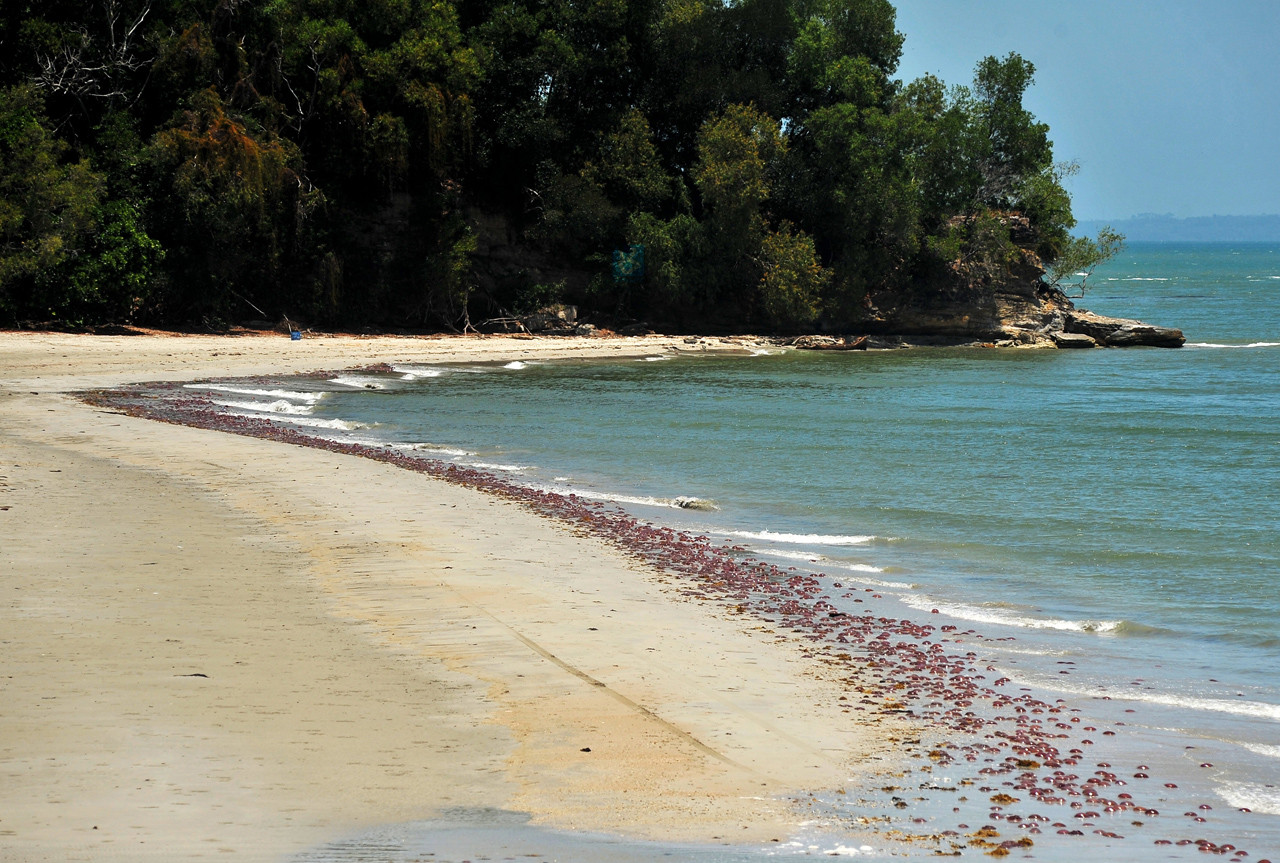 “The species is not known to possess a sting that is dangerous to humans, but their tentacles can still sting after death,” Dr Maran said. “As the jellyfish are weak swimmers, this would cause them to be unable to resist the wave motion and are then washed ashore onto the beach, ” he told Bernama.

Thus, the public is advised not to touch the beached jellyfish although they are dead.

Dr Maran studies the biodiversity of fish parasites around the world, on the basis of international collaborations. He mainly works on Parasitic Copepods, Monogeneans and Nematodes.