The Ministry of Foreign Affairs is currently trying to help 274 Malaysians who are stranded in India after flights from Malaysia into the country were banned in light of the Covid-19 outbreak.

In a statement today, Foreign Minister Hishammuddin Hussein said the ministry and the special task force on Covid-19 are looking for a resolution to help Malaysians who intended to come home. “It is hoped that those who are stranded remain calm. Although this is beyond our jurisdiction and we have to depend on the discretion of the government there to give its approval for our people to come home, Wisma Putra will try its best to help,” he said.

A post shared by Hishammuddin Hussein (@hishammuddinhussein) on Mar 17, 2020 at 6:47pm PDT

Hishammuddin, however, denied the claim that the flight cancellations were carried out by the Malaysian government.

He pointed out the movement control order would not affect Malaysians abroad as claimed in a viral video featuring Malaysians stranded in India.

He said Malaysians abroad were permitted to return home but would have to undergo health screenings and self-quarantine for 14 days. As at 9am, the minister said 274 Malaysians were confirmed stranded in India, with 73 in Delhi, 200 in Chennai and one in Mumbai.

The video clip shows a group of people in a sitting protest at the entrance of the Tiruchirappalli airport in Tamil Nadu upon the cancellation of their flights home. An airport officer could be heard claiming that the decision was made by the Malaysian government.
The officer also requested the disgruntled passengers appeal to the Malaysian consulate-general in Chennai while promising to organise a meeting with the relevant party.

Malaysiakini reported that a Malaysian in Chennai who only wished to be known as Gunalan confirmed  that his flight from Chennai to Kuala Lumpur Thursday morning was cancelled. He was informed by the airlines that rescheduling of the flights would only be known after March 31st.

Meanwhile, an AirAsia spokesperson told Malaysiakini that the airline was forced to cancel flights back to Kuala Lumpur as India had imposed a ban on all flights from Malaysia, effective yesterday. “Flights can’t go there so they can’t come back,” said the spokesperson.

It was reported that the Indian government temporarily banned the entry of passengers from Malaysia effectively from March 17 to March 31.

The Ministry of Foreign Affairs has updated their social media platforms to ensure 75 Malaysians in Delhi, Jaipur and Amritsar. 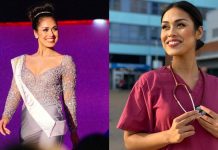 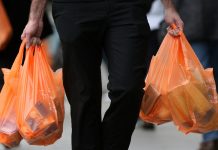 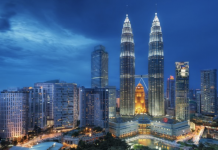 Here Is A List Of Hotels In KL That Are Now Quarantine Centres! WATCH: Deejay Gan Brings The House Down with Mridangam Cover of Chandramukhi Tune 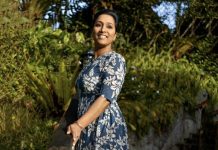