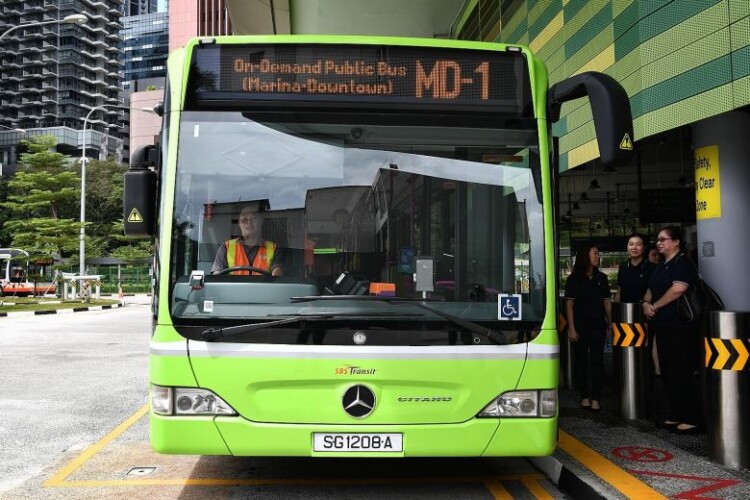 The Malaysian High Commission in Singapore is ready to assist the Malaysian bus driver who was seen in a heart wrenching viral video clip upon receiving news of her husband’s death.

The bus captain was inconsolable after receiving news of her husband’s demise but no one is sure if she has made it back home at press time.

Deputy High Commissioner Muhammad Radzi Jamaluddin said the Malaysian mission is ever ready to assist Malaysians who have to return home due to emergencies though strict travel restrictions apply at both sides of the Causeway because of the Covid-19 pandemic. A video circulated on social media on Saturday night showed the Malaysian woman, who was at the wheel of a stationary bus No 189, being inconsolable and could not continue driving after receiving the news through her handphone.

She had stopped the bus at a Clementi bus stop and cried uncontrollably before passers-by rendered assistance and communicated with the bus control centre.

Tower Transit, the bus operator, has pledged to give her its full support as well.

“It is a deeply painful time for her and we’re going to give her our full support as well and the space she needs to grieve privately,” said Tower Transit’s spokesperson to Bernama in an email reply.

During the incident, the spokesperson said, the company sent one of its officers to assist her once it found out about her situation through passers-by who called in to help her.

“Our officer arrived shortly after to assist her, while another one of our Bus Captains drove the bus back,” said the spokesperson, while thanking the people who had stopped to help her.

Meanwhile, Johor Health and Environment Committee chairman R. Vidyananthan, when contacted, said: “She may return. Why not?”

“Just that after the funeral she needs to go into quarantine. Every day, we are assisting Malaysians to return to their hometowns due to death in their family. He said she needs to be registered in the Johor Baru quarantine centre first as she will be assessed by health personnel and will have to take a swab test,” said Vidyananthan.

“An application will be made to the National Disaster Management Agency (NADMA). Once approved, the Civil Defence Force (APM) will take her to attend the funeral and send her to the nearest quarantine centre,” he said.