The long interruption in schooling could last until next year for most students as the education ministry prepares to announce new guidelines to help teachers and students cope with Covid-19 containment measures, Free Malaysia Today (FMT) reported .

A source close to discussions on the reopening of schools nationwide said only secondary school students facing critical examinations could see a return to physical classrooms.

“The plan is to suspend schooling for primary schools until next year,” the source told FMT. They have not been able to verify this with the relevant authorities.

Education Minister Radzi Jidin indicated that only Form 4 and 6 students at some 3,000 secondary schools nationwide could be affected by the reopening of schools.

Schools in the country which closed for first-term holidays on March 14 have remained closed due to the movement control order imposed on March 18.

In April, the education ministry announced the postponement of two major secondary school examinations, SPM and STPM, as well as the cancellation of the Year 6 UPSR.

This year’s SPM examination – considered the most critical test in schooling life – will be held in the first quarter of next year.

Radzi said the school reopening management guidelines, jointly drafted with the health ministry and the National Security Council (NSC), would be distributed tomorrow, detailing how students’ movement could be controlled in the school compound to fulfil social distancing requirements. 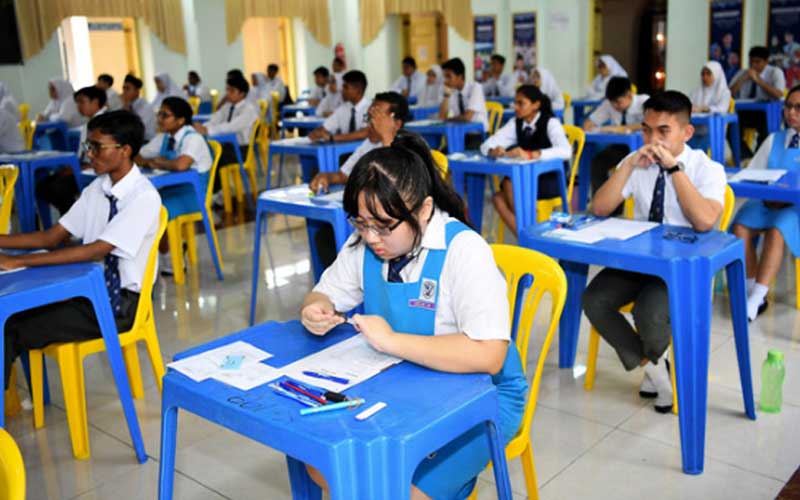 “We issued these guidelines to see which methods need to be done in the context of school reopening and proper preparations to ensure that whenever we announce the date, they will be ready.

“The ministry has always discussed any room for improvement with the schools… what is important is for everyone to play a role in the management of schools, teachers and parents. For example, if the child has symptoms then the child should stay at home,” he told Bernama.

Radzi also said parents should not worry about sending their children to school although no date has yet been fixed.

“Once the health ministry and the NSC feel it is time to reopen schools, we will make an announcement two weeks ahead of time. Thus far we have yet to set a date for school reopening,” he said.

Prime Minister Tan Sri Muhyiddin Yassin is expected to make his much awaited statement on the implementation of stricter Covid-19...

Thaipusam Is Set To Resume Next Year With Full SOP Compliances