AirAsia planes are seen parked at Kuala Lumpur International Airport 2, during the movement control order due to the outbreak of the coronavirus disease (COVID-19), in Sepang, Malaysia April 14, 2020. REUTERS/Lim Huey Teng

It was reported that those expected to be laid off include 111 cabin crew members out of 1,900 existing ones, 172 pilots, and 50 engineers.

The retrenchment was announced by AirAsia’s chief executive officer Riad Asmat in a briefing to company staff earlier this afternoon. A source told Astro Awani that those involved in the retrenchment scheme would be informed via e-mail within 24 hours, with the company promising compensation for them.

Riad was quoted as saying the situation faced by AirAsia is very difficult, with all reduction steps, along with the monitoring of internal and external factors, proving to be insufficient. 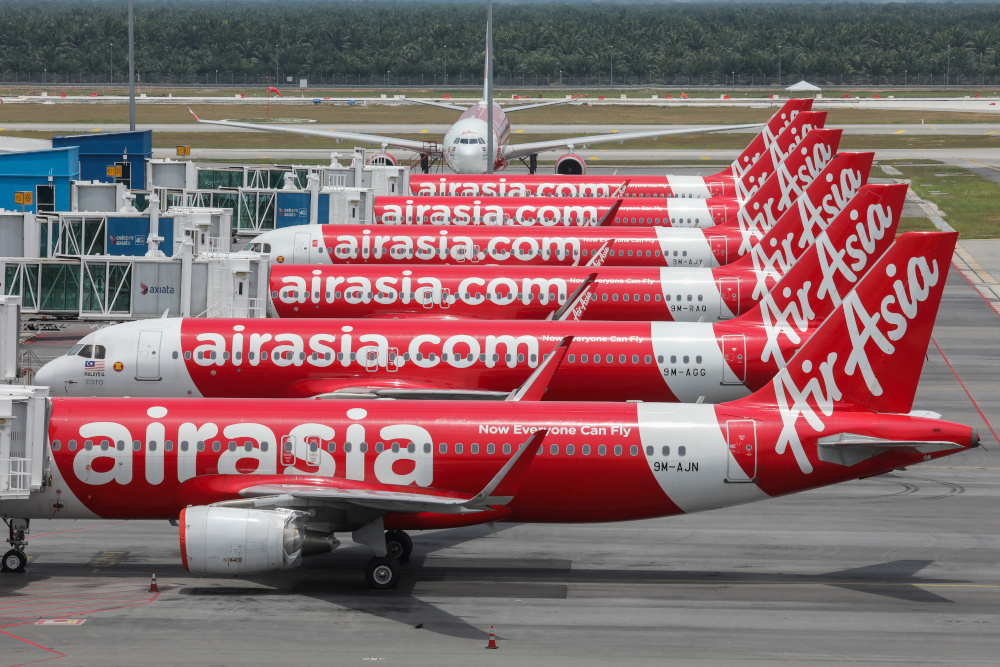 The source also said the chief executive officer apologised to the crew, saying the company had no other choice that could be taken for the time being asides from organisational restructuring.

Riad also reportedly could not guarantee how long it would take for AirAsia to return back to the way it was. The retrenchment is reportedly not limited to AirAsia Berhad but also to other subsidiaries under the group.

The source also added it remains uncertain as to whether there will be any salary cuts to the staff who will not be retrenched. Separately, long-haul carrier AirAsia X announced a reduction in its Malaysian and foreign workforce, affecting the sectors of operations, management, crew, and piloting.

However, its chief executive officer Benyamin Ismail did not announce the exact number of layoffs during his briefing. One source who attended the briefing said the company will operate using 15 to 16 aircrafts once international flights resume.

This is in contrast to the 32 aircrafts owned by AirAsia X at this time. The briefing also announced that bonuses and incentives will be abolished, but basic salaries and allowances for flights, sectors, and overnight stays, will be retained.

Earlier today, Malay Mail reported that AirAsia was planning to reduce its staff size as the low-cost carrier has been devastated along with the global aviation sector by the Covid-19 pandemic and government measures to contain it, according to internal sources.

Several sources in the airline confirmed the plan when contacted and told Malay Mail that several different department heads have notified their respective staff of this.