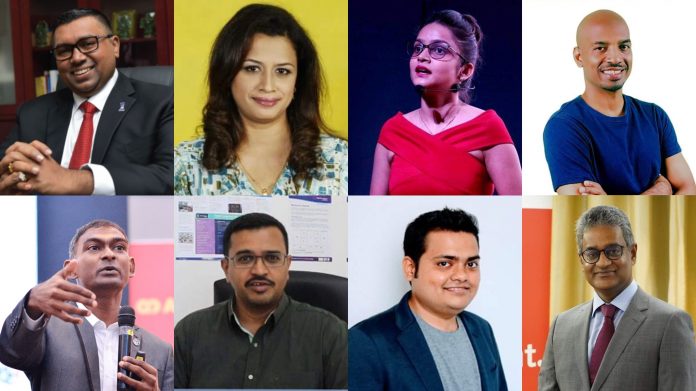 Not everyone falls into success with their first try. In fact, very few of us do.

In many ways, we have the ability to just about do anything we want to – and yet, something always holds us back. Unfortunately, the inescapable obstacles that plague our path can stop us from taking a step closer to the path which may lead us to fulfilment.

Recently, Marketing In Asia (MIA) published their highly anticipated 100 Most Inspirational LinkedIn Icons In Malaysia You Should Follow In Its 2020 List. Eight Malaysian Indians have made it to the list of the third edition of influencers on LinkedIn. It serves yet as the best platform to look for inspiration from those who have succeeded through the tough times.

You’ve not heard some of these names before, and some might surprise you. They may look average to your eyes, but not to us.

Read on and motivate yourself in following their footsteps! 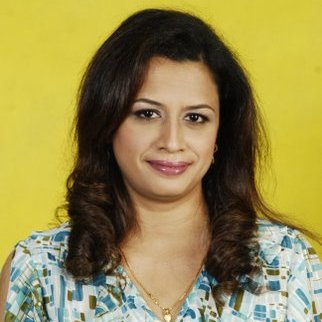 Noted as one of the most influential woman in Malaysia, Sumathi has certainly done well for herself. Known as a Principal Consultant for Stratford Training & Consultancy, Sumathi has worked with clients from diverse industries. This is her second time being featured in the “Top 100 inspirational LinkedIn icons in Malaysia to follow” by Marketing in Asia magazine in 2019. She strongly believes in personal development and has completed a course in training with the Chartered Institute of Personnel & Development, UK. She is also a Certified Executive Coach and conducts the “Coaching Skills For Managers” program.

Yes, it was only a matter of time before, Dato’ Vicks showed up on the list!

Despite his aptitude for business and incredible intellect, he began his career as a helper in his mother’s tea stall, following with restaurants, a video cassette shop, and even a mini-mart. Dato’ Vicks was former HRDF’s Chief Executive Officer (CEO) and also sits on the board of HRDF and the Penang Skills Development Centre (PSDC). He was deservedly conferred with the Darjah Indera Mahkota Pahang (DIMP), carrying the title Dato’, by His Royal Highness The Sultan of Pahang on 8 November 2015.

Khushboo is known as a well-known entrepreneur, award-winning marketer, and founder of BEYOND 99, a global digital growth agency based internationally. She is a great example of someone who didn’t find their true calling until a little bit later in life. With a humble background, she is now an expert in Business Storytelling & Millennial Marketing. Khushboo believes in inspiring future leaders through the uplifting of others. She has also hosted the Women Impact show which empowers women leaders across the globe.

Roshan is best known as a thought-leader in the field of leadership and business and frequently speaks at global conferences. The Founder & CEO of Leaderonomics, a social enterprise dedicated to providing access to leadership development to everyone of all ages in developing nations across the Asia Pacific. He has built numerous impactful social initiatives including DoGoodVolunteer.com, DIODE, Dropzone, Leaderonomics’ Club, LeaderonomicsTV, and other social work. Roshan currently hosts his TV show, pens a few newspaper columns and has his weekly radio segment as well. 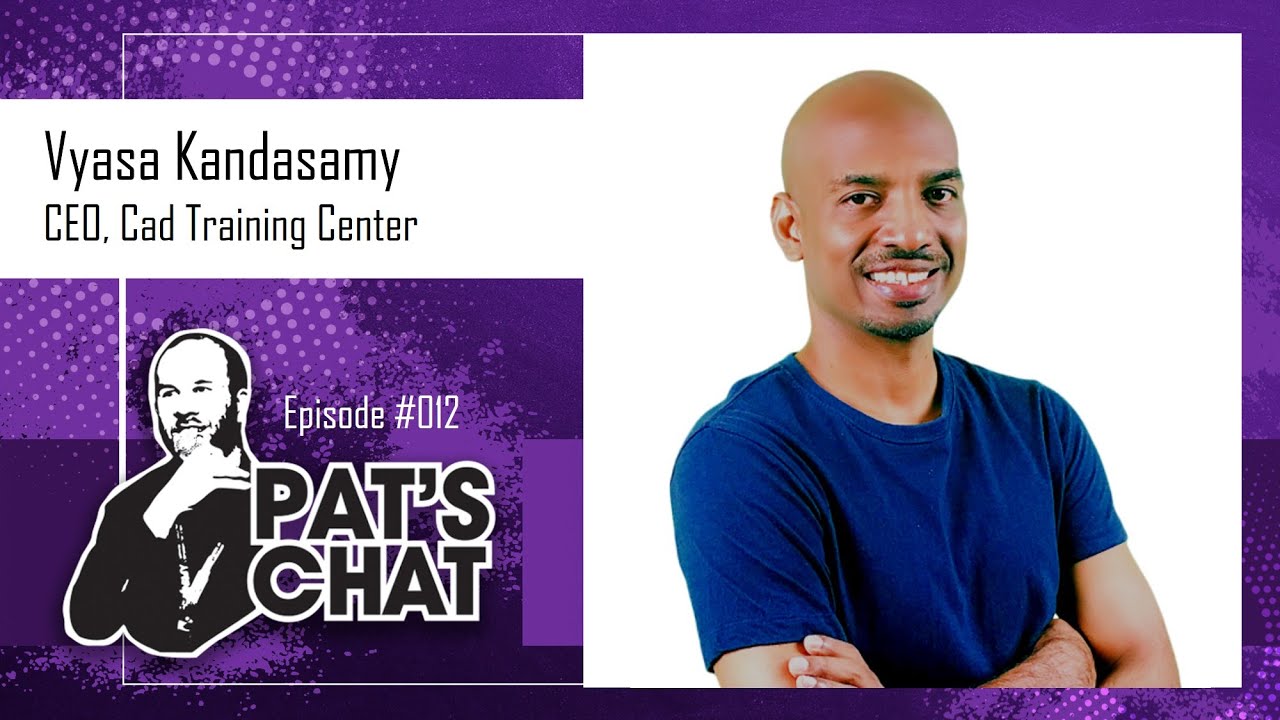 For anyone who thinks running a business could never be a spiritual pursuit – please study Vyasa. He stars to serve the Construction, Manufacturing, Banking, Oil & Gas, and Hospitality sectors with an array of trainings in AutoCAD, Project Management, HR, Basic to Advanced levels of Excel and IT & Programming subjects. Apart from that, Vyasa has conducted the “Conversations that Matter” , a series of LinkedIn Live Shows amid the pandemic. The show revolves around the interview session with rising and inspiring personalities, sharing their wonderful journey with the audiences.

The Vice President of Global Growth Acceleration at Malaysia Digital Economy Corporation Berhad (MDEC), Gopi Ganesalingam is at the spearhead of championing talented entrepreneurs, by empowering them to actualise their business vision. He is passionate about developing Malaysia’s nascent Digital Economy towards achieving sustainable and inclusive socio-economic development. 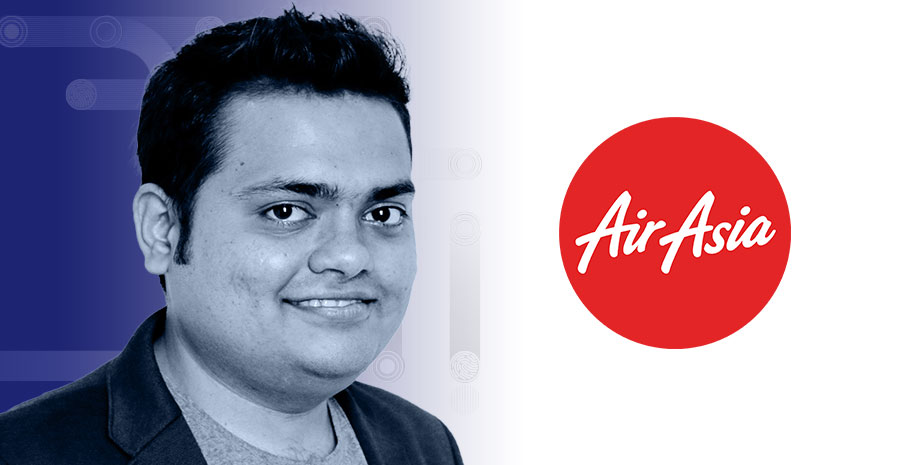 The Global Head of Digital Marketing & Analytics at AirAsia, Ravi Shankar heads a team for the World’s Best Low-Cost Airline, AirAsia which is responsible for Data Integrations & partnerships, CRM, Programmatic Buying, Search, Paid Social Media, Search Engine Optimisation (SEO), and Affiliate Marketing in all the countries. Previously, Ravi worked for major search engines like Google, Yahoo, and the product team of DoubleClick. He has 10 years of experience in the field of digital marketing and analytics, making sure various organisation data is used for digital media buying and incorporating data-driven decisions by applying Machine Learning.

Also known as Jega, he’s the Director at Accordia Training & Development. He helps organisations to improve team effectiveness, culture transformation, and business goals through the use of learning-games & business simulations. Jega is the first Malaysian and Asian who sits on the Board of the North American Simulation & Gaming Association (NASAGA). He is also extremely active in designing simulations that allow learners to acquire knowledge through self-discovery, in order to stimulate one’s brain.

As the saying goes, ‘tough situations don’t last, but tough people do’.

Check out the complete list of the third edition of 100 Most Inspirational LinkedIn Icons In Malaysia here!