In a world where you can be anything, be kind. Recent news has gone viral on Twitter of Navin Raj where he returns the lost purse to its owner.

Aidoyy, a twitter user and also the owner of the lost purse shared her experience on her twitter handle. She has also uploaded some screenshots of the conversation between her and Navin. Aida lost her purse in a local train where it was then found by Navin.

He then messaged her on Facebook but then it didn’t catch her attention. Navin handed over the purse to the nearest police station and informed her through Facebook.

Aida realized the message sent by Navin after some time and thanked him for his kindness. It costs nothing to be kind to yourself. Always be kind to others. Good job, Navin! Thank you for being a good samaritan! 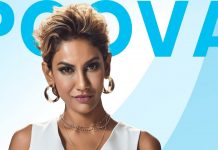