“No one has ever become poor by giving.” Recognised teen author who’s work emerged after World War II, Anne Frank had this to say in her diary which was later published into a novel after her death in 1945 titled: ‘The Diary of a Young Girl’.

Its not easy to live frugally, but Thinagaran who speaks fluent Cantonese and Mandarin shelters his elderly neighbour Yap Su Van expecting nothing in return. The 23-year-old young bloke from Kuantan has been sheltering Yap 87, at his rented house in Jalan Kubang Buaya here for the past five months.

After living for quite some time with Yap, he decided to bring his mother-in-law, Kamala to stay with him. Despite living on an unstable income, he has managed to provide for the both of them. 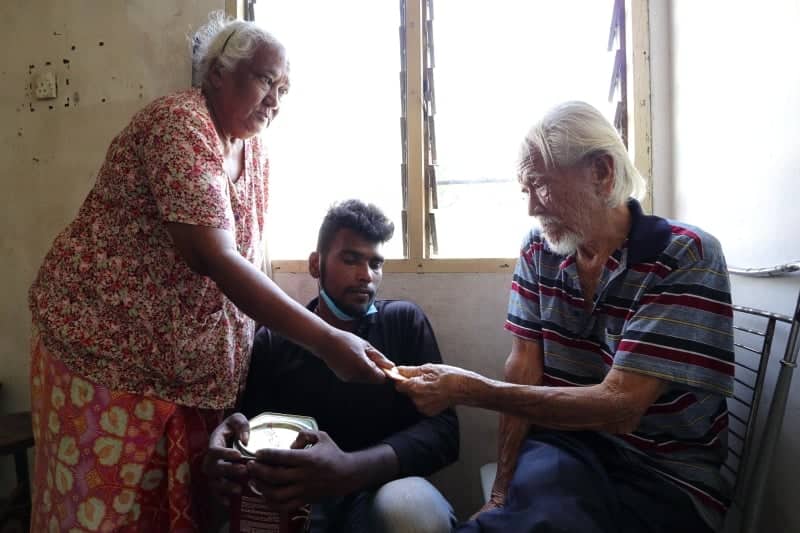 “Uncle Ye and I are not blood-related, I grew up under his care. He taught me crafts, how to ride a motorcycle, and drove me to school. He’s been a blessing to me and my family.

Kamala said Thinagaran had been helping them out despite suffering a severe leg fracture in a road accident three years ago. After a surgical implantation, he was having difficulties engaging in the job that required him to bend. He then switched his job to a casual construction worker with a good salary.

After being informed of Thinagaran’s situation, Semambu assemblyman Lee Chean Chung’s special officer Chan Chun Kuang visited Kamala recently and said he would help in raising funds to assist them.

“Yap is getting on in age, I thought he should come stay with me so I can look after him. He can barely walk these days, ” Kamala said. 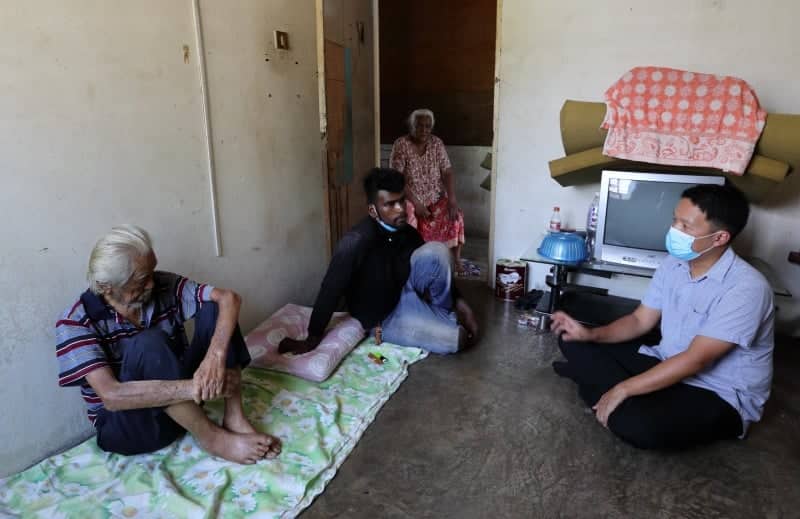 “People may gossip but I don’t care. I also do not think about race at all. He is like a brother to me, ” said Kamala.

Those who wish to contribute daily necessities to Kamala and Yap may contact Lee’s service centre at No. 1, Lorong Sekilau 58, Jalan Haji Ahmad, 25300 Kuantan.

May god bless this young man abundantly for his graciousness in assisting a helpless elderly man and woman despite his own life struggles.