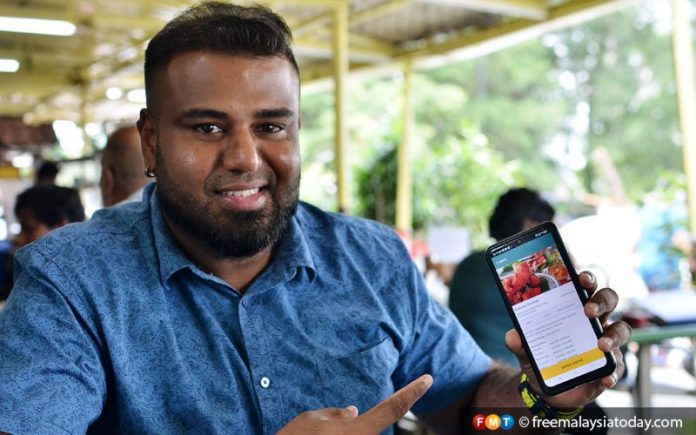 These are unprecedented times as the global pandemic, the deadly and nasty Covid-19 hit many business owners hard, citing cash flow and the inability of continuing the business as the main reason for many of such enterprises shutting down their operations for good.

One thing the pandemic has taught us is the very brutal, harsh and genuine fact that only the fittest survive. Individuals that are able to adapt and enhance their skills and resources are the ones that go against all odds and come out stronger defeating tough situations brought about by the pandemic.

Struggling to keep his business alive, Kartik Ganason who owns Restoran Citra Maju decided to take the restaurant online and signed up for Maybank’s Sama Sama Lokal after being approached by the service. The platform was of great help during the movement control order (MCO) period which provided him with the opportunity of continuing his business through the online platform, and ultimately keeping his staff in their jobs too.

The 33-year-old restaurant owner was left with no other option but to take his business online. It took Maybank approximately a week to get the restaurant completely set up with its online platform subsequent to getting the organisation enrolment number, address and menu.

“I was in a state of depression. I didn’t know what to do because we could not open for business,” said Kartik, whose Restaurant Citra Maju was Started by his father in 1987.

Since going digital, Citra Maju’s business has improved by 50% and the shop serves nearly 150 more customers every week. The system gives him an additional income stream and allows the menus to reach a wider customer group. This has attracted customers near and far to his restaurant since it reopened for dine-in.

Kartik sees the digital platform as a big opportunity for his business expansion. In the meantime, fans of Citra Maju found the restaurant through Sama Sama Lokal have also requested for event catering.

After experiencing business growth and success through the Sama Sama Lokal platform, Kartik intends to join the eUsahawan programme, an initiative developed by the Malaysia Digital Economy Corporation (MDEC) to help local entrepreneurs in digital marketing.

Having seen the manner in which the shop has developed in such a brief period of time, Kartik has no desire to desert the business, and invests heavily in dealing with the business and proceeding with the family inheritance. Truth be told, he is now hoping to extend the Citra Maju brand as his dad once did, with two new outlets planned for 2021.

“Before I came back, I was away from my family for the first 10 years of my career. I missed everything. I couldn’t be there for them during the good and bad times. But now, I’m not leaving them. I need to be there for them.”

“What doesn’t kill you makes you stronger,” a popular song-lyric sung by American Idol winner Kelly Clarkson came to my mind as I penned this article, only as a self-reminder that one on the brink of defeat can come out tougher and emerge victorious.

Kartik who just a few months ago, desperate to keep his business going, took a leap of faith when an opportunity was offered to him to revive and sustain his business. And bring it back to life did he!