Tsunami Miracle Baby; Thulaashi Has An Irresistible Desire To Explore & Travel The World 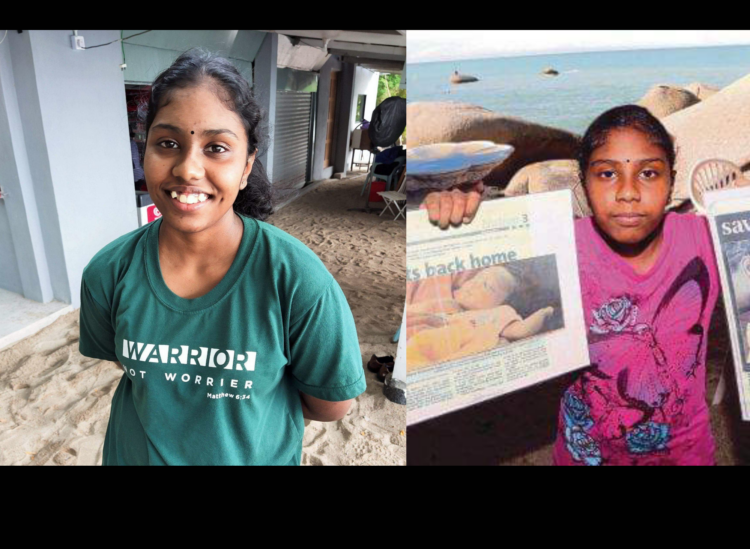 S. Thulaashi, a young and vibrant teenager has expressed great desire to explore other countries and observe different cultures, tradition, way of life and is looking forward to do so with her family someday.

Life has been nice since that fateful day on 26th December, 2004, when a second life lease was granted to her.

“But in order to achieve my goals, I have to pass my SPM exams with flying colours next year before I can travel,” she said on Saturday during an annual thanksgiving prayers held at Miami Beach, Batu Ferringhi.

Her daddy, A. Suppiah, 71, said that she’s doing well in her studies and was pleased that things looked bright for his daughter.

The miracle Baby, Thulaashi made worldwide headlines just a day after Christmas in 2004 after a massive tsunami struck the west coast of Penang.

She was swept out to sea by the deadly waves while she was only 22-days-old at the time at a seaside cafe in Pantai Miami, while her parents were having a picnic. But miraculously, she was swept back to shore by the second wave after 30 minutes while sleeping on the same mattress.

Thulaashi, an infant then slept without a single drop of seawater on her body during the entire ordeal, gaining her the nickname “miracle baby.” 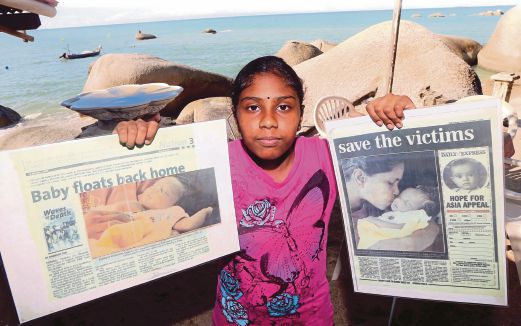 Until today, Suppiah and Annalmary never halt offering thanks to Goddess Ganga for Thulaashi’s safe return.

And as every year, the prayers of thanksgiving for their miracle girl will be given, as well as a special prayer to appease the souls of the 37 people who died in Pantai Miami.