EXCLUSIVE; About Time To Implement IPCMC? A. Ganapathy’s Latest Death In Police Custody Calls For Its Urgency 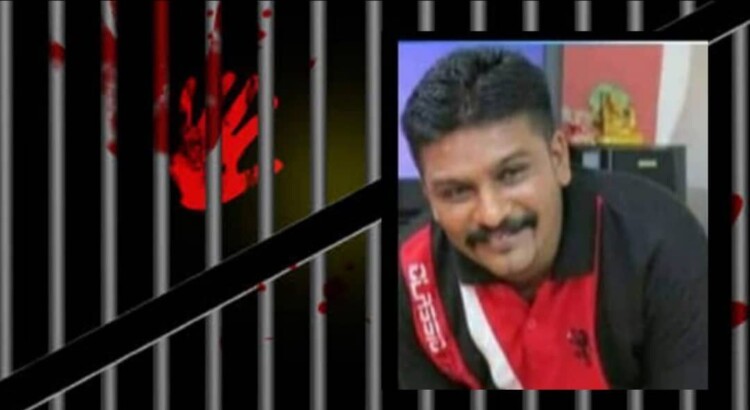 As much as we appreciate the good work of the Royal Malaysia Police (PDRM), the police simply cannot take matters solely into their own hands, higher law and order is still above the force.

Without a doubt, the PDRM is a legitimate law enforcement organisation which has been assigned for securing and protecting our community from various crimes and threats.

A. Ganapathy was detained in police custody for 12 days, starting on 24th February till 8th of March before being admitted to Hospital Selayang. He was taken into custody to aid in the prosecution into his sibling’s alleged offences.

The court granted Ganapathy a 13-day remand order to assist in the investigation of cases involving a factory burglary, hijacking cars, a fight, and unlawful incarceration, according to reports. He was supposed to be detained until 9th March, but Ganapathy’s father said his son had been cleared of any negligence the day before after being admitted to the intensive care unit for treatment.

Thangamalar, 41, seeking answers to her brother’s death in custody dismayed as inquest hits a snag. The family members are suspecting that there must be some foul play in Ganapthy’s death hence insisting a clarification from the police.

Over the years we have been hearing about deaths in police custody. S. Balamurugan, P. Karuna Nithi, N. Dharmendran, R. Jamesh Ramesh, Sugumar Chelladuray, A. Kugan are among the Indians who made headlines when they perished in police custody before they had their day in court.

Following an outrage over the death case of A. Ganapathy, Team Varnam managed to contact an officer who wished to remain anonymous in order for us to gain some insights on this current issue.

Varnam: Do you think the establishment of the Independent Police Complaints and Misconduct Commission (IPCMC) should have been implemented?

Anonymous: Yes. The establishment of the Independent Police Complaints and Misconduct Commission (IPCMC) bill should have been prioritised in the first place. It’s been 17 years since the Royal Commission to Enhance the Operation and Management of the Royal Malaysia Police proposed such a bill to discipline police misconduct. However, till date, there is no single establishment that makes the police force accountable for their actions.

Under Criminal Procedure Code, provisions regarding to inquiries of deaths are provided in Part III Chapter XXXII, and inquiries into the cause of death of a person in police custody is specifically provided under Section 334 of the CPC:

“When any person dies while in the custody of the police or in a psychiatric hospital or prison, the officer who had the custody of that person or was in charge of that psychiatric hospital or prison, as the case may be, shall immediately give information of such deaths to  the nearest Magistrate, and the Magistrate shall, in the case of a death in police custody, and in other cases may, if he thinks expedient, hold an inquiry into the cause of death.”

Varnam: Can you briefly explain what IPCMC is ? What does the bill do?

Anonymous: IPCMC is a bill designated to address violence or any complaints involving a police officer. They will eventually form a team to investigate complaints that have been received from the public. Apart from that, the IPCMC will have an appeal committee in charge of collecting official complaints of police brutality, which must be in writing form. When the heads of departments in the police force receive any complaints of misconduct against their officers, the bill allows them to report the matter to the complaints committee. If misconduct is laid out in Section 22 of the IPCMC, it may be reported to a commissions officer for review if it involves corruption.

Varnam: Do you think the implementation of IPCMC will be made in the near future?

Anonymous: Things are already out of control, so what we can do is to highlight their misdemeanors. For the time being, renewed pressure and reminders of the new government’s policy promises, like the IPCMC, are being applied. This include Klang MP Charles Santiago who has urged for the renewal of the IPCMC after Ganapathy had both his legs amputated and later died after being detained by the police.

Calls on the government to urgently establish an Independent Police Complaints and Misconduct Commission (IPCMC), to address deaths in police custody. pic.twitter.com/0zhpYDqV5y

However, the police should still obey the guidelines and regulations to ensure that those who are being interrogated are not exposed to physical or mental torture in order to obtain evidence.

The police very much has a significant responsibility to protect the safety of those arrested and detained in police custody and they have complete authority over the detainee. In a democracy like Malaysia, death in custody should never be heard of in the first place.

More updates on Ganapathy’s case is coming your way, so do stay tuned.