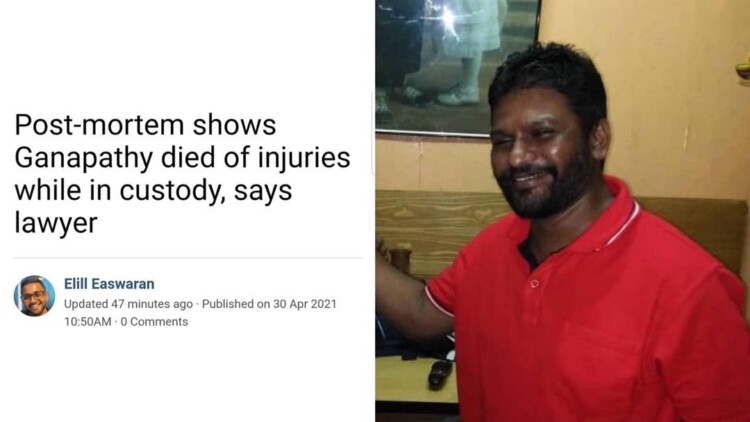 A post-mortem examination on the body of A. Ganapathy who died while in police custody has confirmed that the presumed custodial death victim was due to severe injuries to his legs and shoulders.

The pathologist from the Kuala Lumpur Hospital Pathology Department revealed the first report to the family members and the police officer who took charge of his case. However, the full autopsy report has not been revealed by the pathologist team.

The official statement can be seen at Shankar’s Instagram page:

Ganapathy’s case had hit major headlines after his family members refused to believe police reports that he was not beaten up while in police custody. His family firmly believes that police brutalities caused the deceased’s health to deteriorate and that his legs were swollen and injured badly as though he had been beaten. 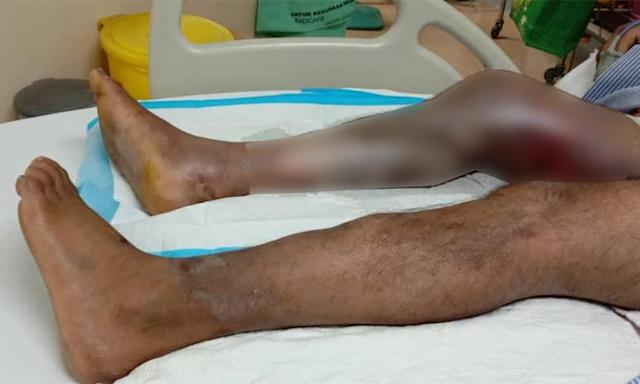 Despite having a history of diabetes and heart problems, the deceased’s family said he was in good health prior to his arrest. His mother, S Thanaletchumy, said that her son told her that while in police custody, he was battered with a rubber hose.

The cow milk trader, 40, was pronounced dead at Hospital Selayang after spending over a month in its intensive care unit. He was detained in police custody for 12 days, starting on 24th February till 8th of March before being admitted to Hospital Selayang. He was taken into custody to aid in the prosecution of his sibling’s alleged offences.