In a press conference yesterday, the Gombak district police chief ACP Arifai Tarawe mentioned that there is no evidence that A. Ganapathy was beaten or tortured while in police custody.

“We find that the allegations raised by the victim’s relatives cannot be proved based on any of the evidence we have so far.”

Ganapathy was produced in the Magistrates’ Court three times, which was on 25th February, 2nd March, and 6th March, but never mentioned that he was beaten to the judge.

First of all, who would mention that a detainee was beaten by police officers? Especially in the court?

He was also admitted to the hospital four times, on 28th February, 3rd, 6th, and 7th March, to treat an old injury, but never reported being assaulted by officers. Adding on with his explanation, Arifai revealed that Ganapathy had tested positive for methamphetamines.

“As a result, we concluded that the case could not be verified, but investigations will continue to be ongoing. We ought to take several moves, such as obtaining further statements from the various parties to assist us,” said ACP Arifai Tarawe.

The autopsy report of A. Ganapathy who died while in police custody has confirmed that the presumed custodial death victim was due to severe injuries to his legs and shoulders. 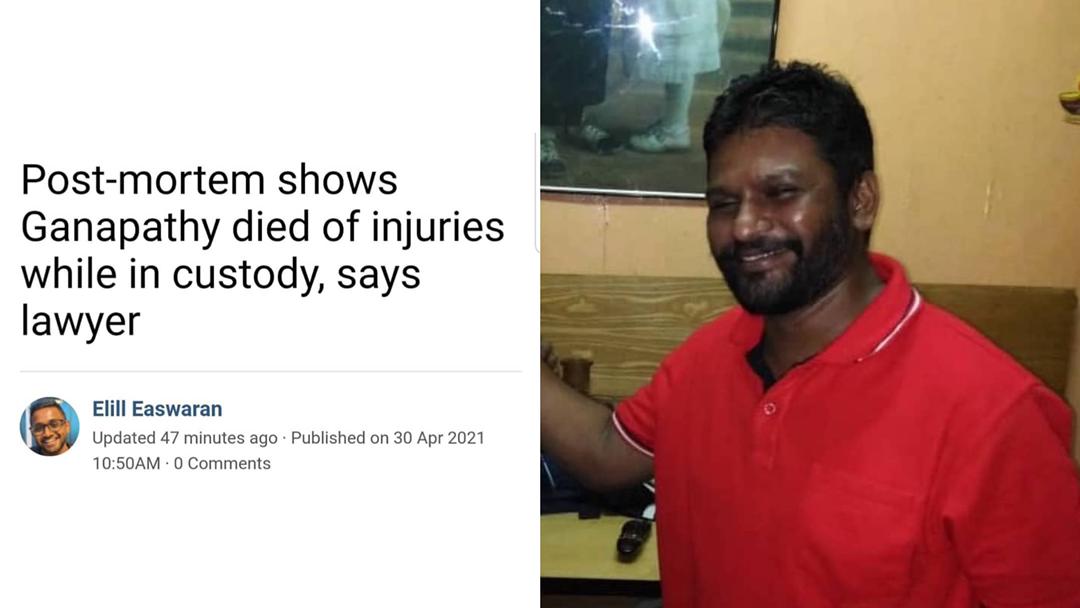 His mother, S Thanaletchumy, said that her son told her that while in police custody, he was battered with a rubber hose.

As a matter of fact, I was bursting with curiosity. If Ganapathy was not beaten up by the cops, how did he got those bruises then? How could the autopsy report say that the cow milk trader died due to severe injuries while in custody?

Well to get the answer for those questions, let’s wait for the second Autopsy report!

The honourable Yayasan Tunku Abdul Rahman (YTAR) Scholarship has been a wind of change for a Malaysian student, Jothi Letchumy...