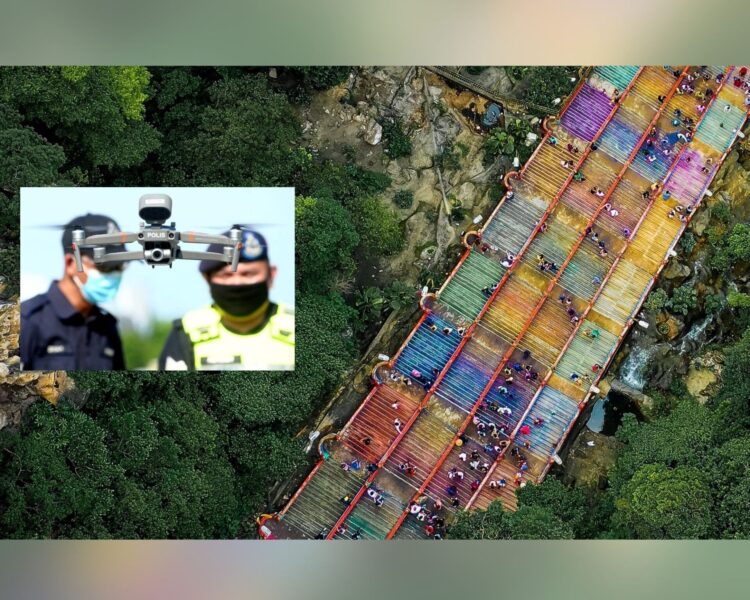 To our fellow photographers and videographers, this could perhaps be a huge disappointment for all of you!

After taking some security issues into consideration, the Civil Aviation Authority of Malaysia (CAAM), Bukit Aman Internal Security and Public Order Department has announced that drones are not allowed to fly around the Sri Subramaniar Swamy Temple in Batu Caves throughout the Thaipusam celebration.

According to the Selangor police chief Datuk Arjunaidi Mohamed, it is believed that there are some individuals who are planning to use drones to acquire a bird’s eye view of the area.

“We have the necessary equipment to track down anyone who attempts to fly drones within the temple area, he told reporters.”

Adding on with that, Arjunaidi stated that drone flights are subject to the Civil Aviation Regulations 2016 (MCAR 2016) Rules 140-144. Any party who wants to fly a drone should obtain a permit from the Civil Aviation Authority of Malaysia (CAAM).

“However, owing to security concerns, we will not allow drone flights for any outside party even though they have a permit from CAAM due to safety factors. Action can be taken under Section 447 of the Penal Code against any party who commits the offence. Currently, the situation at Batu Caves seems to be under control, and a total of 1,500 police personnel are on duty to monitor security in the temple area from last midnight until coming Friday, ” stated Arjunaidi during a press conference.

The police are also assisted by members from other agencies including the Ministry of Health (KKM), Selayang Municipal Council (MPS), Fire and Rescue Department (JBPM) and the Malaysian Defense Force (APM).