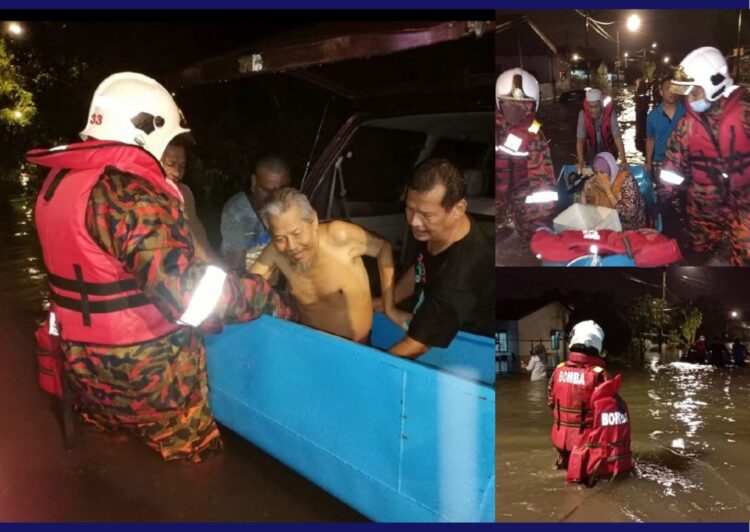 When people hear the word “flash flood,” they immediately think of the awful tragedy that struck in December of last year.

It happened once again. Yes, you read that right. On the 19th of January 2022, rainfall in Ipoh, Perak, caused flash floods in several areas.

The water level in numerous housing areas had risen to waist height as a result of continuous rain and strong winds that began at 6pm and lasted until 9pm.

Following an hour of heavy rain in more than ten locations in Ipoh city, the water level began to rise, affecting more than 250 houses.

The following are the areas in Ipoh that have been affected by the flash flood:

Rescue teams from PDRM, Fire and Rescue Department, and Rela were on the grounds for rescue and monitoring purposes.

The call was received at 8:27pm about the floods that hit the Bercham area said a spokesman from the Fire and Rescue Department (JBPM) Perak.

He said a team of Ipoh Fire and Rescue Station (BBP) members assisted by Meru Raya BBP members were hurried to the location for rescue efforts.

“The water is estimated to rise up to half a meter and monitoring is still ongoing,” he said.

Netizens took to social media to share the situation;

Please follow the safety precautions during a flood to keep you safe in the midst of this natural disaster. Getting yourself and your loved ones to a secure location away from the flooded area should always be your top concern.

Take care and stay safe everyone.