Let's hope the perpetrators would finally be brought to justice 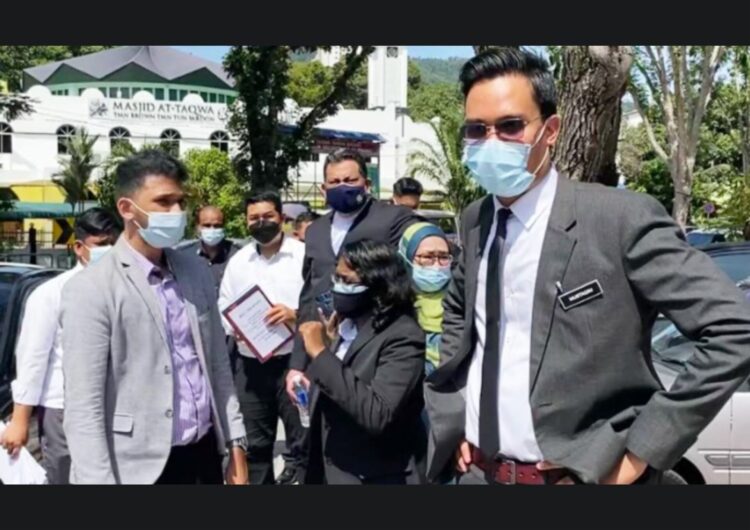 T Nhaveen’s murder trial, which had been postponed for the fourth time on March 8th and 9th owing to the lead counsel’s illness, was finally held on April 11th, 2022.

T Previin, the star witness in T Nhaveen’s murder case, claimed he had received a revenge threat from a friend of the accused who claimed the money had been given to unnamed individuals, indicating the murder case had already been settled through corrupt methods, during the trial on Monday.

The 23-year-old said that two years ago, a guy named Paravind alias “Belang” made the shocking claim at his workplace.

Last year December, Previin testified that the same Belang had dragged Nhaveen to Padang Openg, where the 18-year-old was attacked and ultimately died from his injuries.

Previin also remembered being threatened by two men, named Gopi and Vignes, who had called him for a face-off at their residence. Along with that, Vinod warned him not to inform the cops that his brother, Kugendran, was present at the crime scene when Nhaveen was assaulted.

Previin also claimed that two guys taunted him at a restaurant three years ago, threatening to murder him over the issue, however, the police report was filed on the matter last year.

He further disclosed that after he was released from Penang Hospital after recovering from a fractured cheekbone and injuries incurred in the same brawl that resulted in Nhaveen’s death, the police did not record his statement.

In his examination-in-chief, Previin was replying to questions from deputy public prosecutors Khairul Anuar Abdul Halim and Amril Johari.

Naran was given the chance to cross-examine Previin after he finished his testimony. Naran has replaced lawyer Ranjit Singh Dhillon, who died on March 18.

The judicial commissioner Radzi Hamid of the High Court dismissed a plea by lawyer Naran Singh to postpone the trial because he had just taken over the case and needed time to review the notes before Monday’s proceedings.

Radzi also turned down the prosecution’s plea to have the balance of the day’s proceedings vacated since one of the prosecutors was in Butterworth. He then told the prosecutor that he needed to appear in court by 11am.

Then, Naran pleaded with the court for extra time, claiming that he had only recently been appointed as defence counsel.

In the interest of justice, Radzi granted the request, advising all parties that the issue was of public interest and should be resolved soon. He stated that all 2018 cases must be settled by the end of the year. Radzi then cancelled the five-day trial dates for this week and scheduled 12 new ones. The court will meet next from June 29 to July 1, then again from August 22 to 25, and last from September 19 to 23.

Suspects J Ragesuthan, 22, S Gokulan, 22, S Gopinaath, 30, along with two others have been accused of Nhaveen’s murder. The other two unnamed suspects were minors at the time of the crime and in December 2021, Gopinaath was accused midway through the trial.

They are accused of killing Nhaveen at the Jalan Bunga Raya park on 9th June 2017.

Under Section 326 of the Penal Code, the four are also accused of committing grievous assault against T Previin at the Karpal Singh Learning Centre, Jalan Kaki Bukit, Bukit Gelugor, between 11 pm and midnight.

Let us all hope that justice will be served once and for all for the victim and his loved ones.