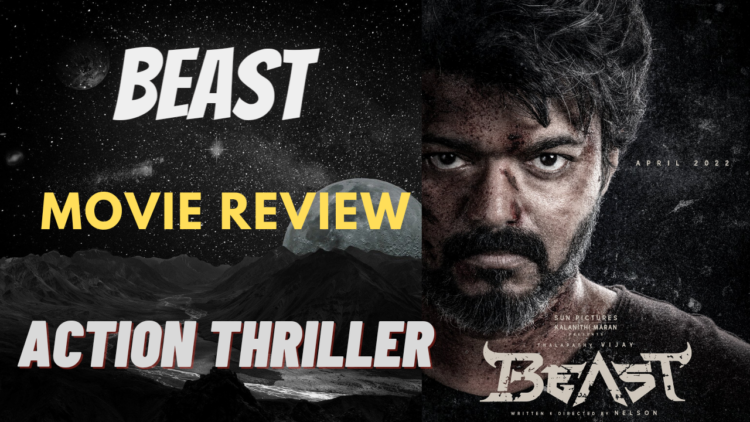 As stated in the sneak peak of Beast, the movie is ‘meaner’ and Vijay is stronger than ever!

Ever since the much-awaited Thalapathy’s biggie Beast dropped a bombshell around worldwide theatres, it has created a heebie-jeebie feeling among the fans. The hype around the film was contagious and its makers made sure it stayed that way till the film was released.

But, did the Nelson-directorial lived up to the mania built around it, or was it just for the sake of satisfying Thalapathy’s fans?

Touted to be an action-comedy flick, Nelson leaves his signature in quite a few places. In a refreshing change, the action-thriller begins with Vijay (Veeraraghavan) playing the role of ex-RAW (Research and Analysis Wing) senior officer who is mentally disturbed after one of his missions takes the life of an innocent kid. After the tragic incident, he left the agency and took on a new job at his girlfriend’s company. For a business meeting, Vijay visits a mall in Chennai that has been under the control of terrorists.  They demand the release of their leader, who is held captive by India. So, will Vijay help the Indian government release the 250 hostages?

One thing is for sure, where Vijay and Pooja Hegde have their ample space to shine on the screen with their hilarious dance moves to catchy song Arabic Kuttu which has garnered over 300 million views to date.

Despite witnessing Vijay’s great performances, the intriguing tale draws you with its cunning traps, but it loses the pace when it switches between a quick auctioneer, a cliched love story, and a light comedy. The extremely convenient love scenes doesn’t help the script to create a strong chemistry connection with the leading pair.

On the music front, Anirudh’s foot-tapping background score gives us a virtual reality-dance floor when Arabic Kuttu and Jolly O Gymkhana were played in the theatre.

Needless to say, the full action packed energising flick was composed well. With top-notch visuals and pulsating action scenes, the film shines remarkably. A special mention to Manoj Paramahamsa, the mastermind’s brain behind stunning cinematography and the aerial shots are especially captivating. Besides that, Anbariv’s stunt choreography is outstanding and detailed. The visual spectacle that unfolds in front of you cannot be experienced in your house as the sound design specially made for us to enjoy the action-packed flick in theatres.

Beast; is worth the wait, but it has minor hiccups and could’ve been more tightly punch-packed.