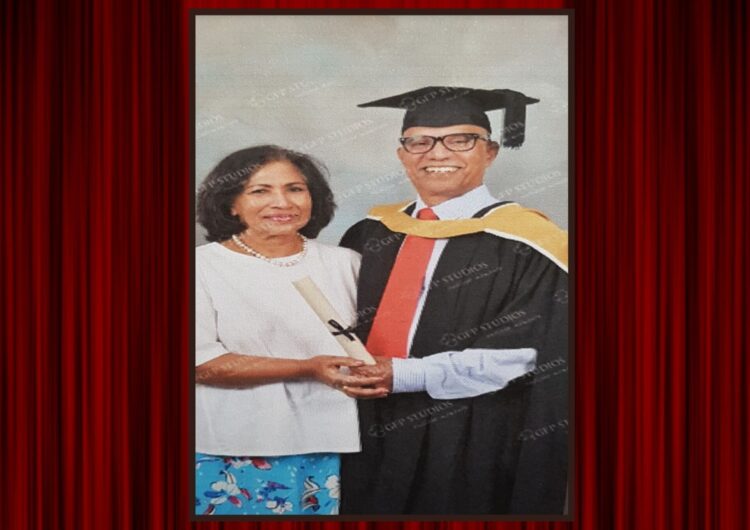 Concerns, doubts are perhaps some of the factors that can pervade someone to question their dreams. Why can’t we stop questioning and work towards our goals without looking back?

On that note, meet Malaysian-born, Dr Appadu Rao Santhariah who has proven that there is no age barrier to pursuing a higher education. Appadu is a living example of how age is no major hindrance, having completed a PhD at the Royal Melbourne Institute of Technology (RMIT) in Melbourne at the age of 73. 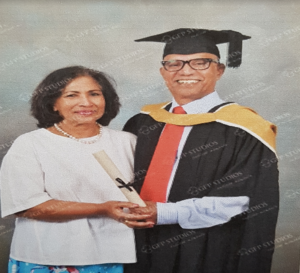 What’s more special is that he finished his PhD studies at the same time as his two daughters, who also graduated from Australian universities in Sydney. After his retirement at the age of 65 as a Financial Controller who worked for a multinational company, his ultimate passion had driven him to take on a greater challenge.

Appadu said. “I felt for the past 66 years, the people around me have helped me achieve my dreams. So, I asked myself a question. What can I do to give back to society, as I still have a few more years,”

“I felt that I have a social debt which I need to repay back to society. So, I returned to Malaysia to find out what I can do to help my fellow Malaysians,” he said. 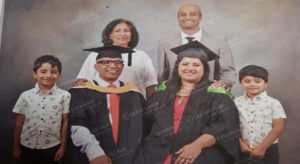 He did the GST research culminated in the completion of his Masters in Taxation at the University of New South Wales (UNSW) at age 69 which eventually propelled him to complete a PhD at the age of 73 in the year 2020.

Since he discovered that there is very little study on Goods and Service Tax in Malaysia, and because of his expertise with VAT in the UK, NZ VAT, and Australian GST, he decided to take on the responsibility of analysing Malaysian GST.

Dr Appadu has also been actively involved in several social services. Recently, he earned a Certificate of Appreciation for services at the World Humanitarian Drive. 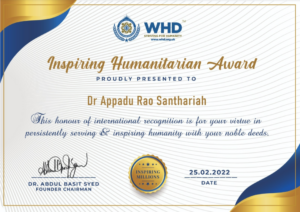 Everything that he has achieved in life started from humble beginnings at a rubber estate in Selangor.

Son of an indentured labourer brought by the British to work on the coconut plantation in 1930, Appadu had a tough upbringing and had struggled a lot. He had to work on the estate helping his dad work a coconut klin, husking coconuts. To make ends meet, he also had to rare pigs and cows, selling ice-cream and Indian cakes on the estate to support his family.

“It was a tough journey. My experiences and hardship during childhood reinforced a sense of discipline in me to get out of the poverty trap in my family,” he expressed.

His perseverance and determination to do well in life pushed him to work and study hard in school. Coming from a Telugu background, he struggled with his English paper and failed his upper secondary. Soon after, he grabbed every opportunity to work in various jobs in order to improve his financial situation after completing his studies. After dabbling in multiple fields and evolving himself, Appadu was determined to take a major step in his life by moving to the United Kingdom to continue his education. This was the place where his life truly began. The rest is history they say.

He worked as a male nurse in a mental sub-normal hospital in the UK. “I know there will be challenges and there is no return since I took a one-way ticket,” he continued.

“Looking at myself today, I am happy I achieved more than I wanted,” he said.

“If my actions inspire others to dream more, learn more, do more, then that is success for me,” he remarked.

“Education opens many doors which is unstoppable. The day you stop learning your brain cells also start dying. There is no age limit for your education.”

Appadu hopes to motivate young people to break free from poverty, as well as senior Malaysian retirees, to acknowledge that there is no age limit to pursuing education.

If you think that it’s too late to achieve your dreams, think again. Age shouldn’t be a barrier to achieving a goal or fulfilling a dream, you set the goal. I hope that everyone who reads this is inspired to strive for excellence in the future.

Check out Dr Appadu speaking about age isn’t a barrier to education and achieving your personal best on WHD Inspiring Millions Show with Viva O’Flynn Episode 54: