Do the necessary, it spreads quickly.

Monkeypox cases have been on the rise and have confirmed more than 550 cases in 30 countries, as the virus continues to spread around the world. As per World Health Organization (WHO), there was a monkeypox outbreak in Africa, in early May. So far, there are no cases of monkeypox virus spotted in Malaysia but it is possible for the virus to spread here.

Based on the claim made by Health Minister Khairy Jamaluddin on his twitter post recently, out of three suspected monkeypox cases, two were found to be afflicted with chickenpox and one was a case of hand, foot, and mouth disease (HFMD).

Quick update on monkeypox: We have gotten back lab results from three suspected cases. Two confirmed as chickenpox. One HFMD.

The health ministry would keep track of the virus progress through WHO reports, as well as tracking suspected monkeypox cases at all national and international gateways. It is advisable for travelers to take precautions when visiting countries with monkeypox epidemics, such as Central and West Africa.

“It’s critical to practice proper personal hygiene, which includes washing hands frequently after using the restroom or when they become filthy. Avoid direct contact with diseased people’s and animals’ wounds, as well as anything that could be contaminated with bodily fluids, such as infected people’s soiled clothes. Avoid coming into contact with wild animals or eating their meat”, he said.

Travelers who arrive into Malaysia from locations where there is a monkeypox outbreak or who develop symptoms within three weeks of leaving those areas should seek treatment at the nearest health facility right away.

“Tell the doctor about your previous travels. To guarantee that the maculopapular rash is entirely dry, avoid all contact with other people and isolate for at least 21 days”, he added.

In response to the spread of the rarely fatal contagious disease in various nations, the Ministry of Health (MOH) have setup the MySejahtera app for monkeypox surveillance. An alert for travelers arriving in Malaysia from countries where monkeypox is endemic or where cases have been proven is now available on the government’s Covid-19 mobile app.

The alert tells travelers from countries where monkeypox has been diagnosed to keep a close eye on themselves for the next 21 days, the incubation period for monkeypox (the time from infection to symptoms), and to seek medical assistance right away if they develop symptoms. In the event that, if Malaysia reports cases of monkeypox, the MySejahtera app will be utilised as a home assessment tool (HAT) for patients to update their health status.

The monkeypox virus is an enclosed double-stranded DNA virus that belongs to the Orthopoxvirus genus of the Poxviridae family, which includes smallpox, vaccinia, cowpox, ectromelia(mousepox), and other viruses and this means that the virus can spread from animal to human and can also spread between people.

What are the symptoms?

Symptoms of monkeypox typically include fever, intense headache, low energy, swollen lymph nodes and skin rash/lesion which is concentrated on face and palms of hands and soles of feet. They can be found in one’s mouth, eyes and genitals. Lesions can be flat or slightly raised, filled with clear or yellowish fluid and which then crust, dry up and fall off.

What are the precautions?

These are the precautions that one needs to take in order to control the spread of the monkeypox virus;

If you have any symptoms with regards to monkeypox or fear you have been infected with the virus, you should avoid physical contact with people and seek medical help right away. Make sure to monitor and keep yourself updated on the MySejahtera app for more information and alerts on the infectious disease. 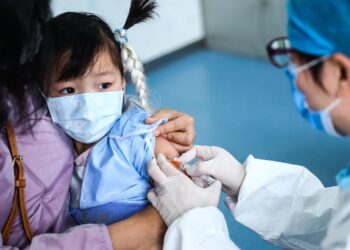 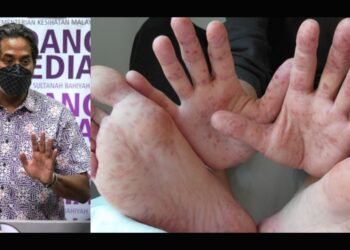 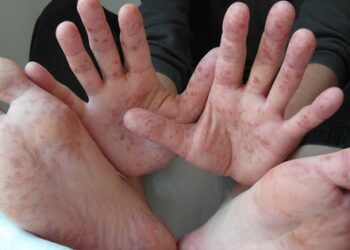 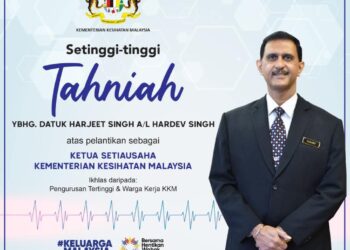 On 11th April 2022, Datuk Harjeet Singh was announced as the new Secretary-General (KSU) of the Ministry of Health. Chief...