Jigarthanda: If You Haven’t Seen This Movie, What Are You Even Doing With Your Life? 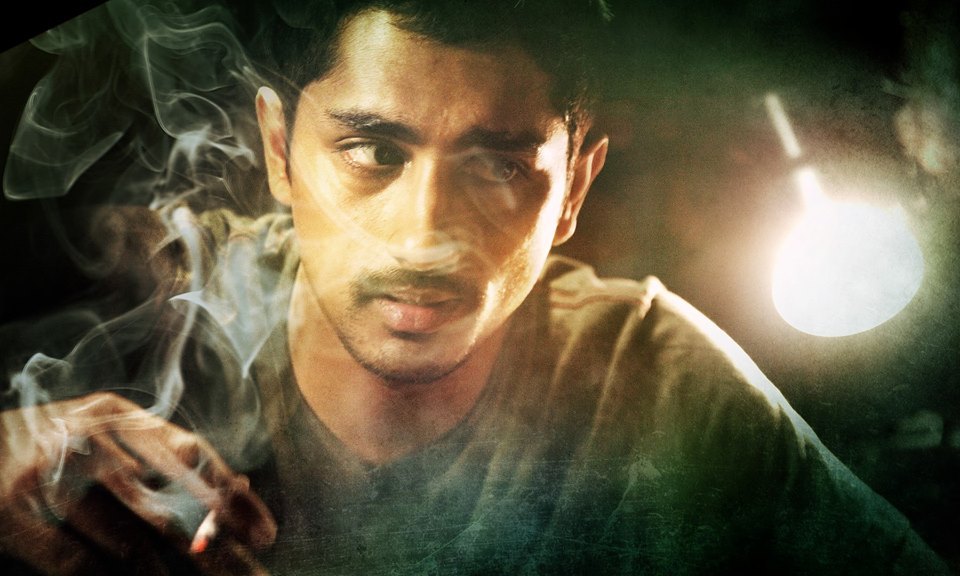 As soon as I finished watching Jigarthanda, I had only one thought in mind: Karthik Subbaraj needs to conduct a masterclass for all film directors out there. Okay maybe not all, but most of them. Karthik Subbaraj is a genius. Either that, or it’s the deteriorating quality of other Tamil movies that are making his movies look like a masterpiece.

No mass actor, no punchlines & no imported heroines

People always tell me that Tamil movies cannot make it and will not be a success if doesn’t follow the rule; a mass actor, fair-skinned heroine, an introduction song for the hero, duet song, item song, and so on. Karthik Subbaraj proves that it CAN be done, and he does it brilliantly. 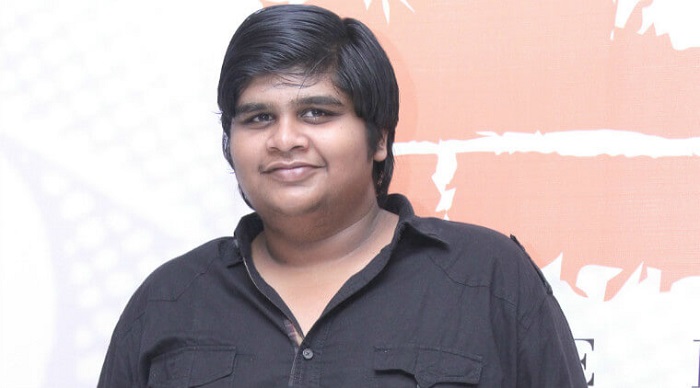 Jigarthanda is movie that can put you on the edge of your seat for one minute, and then have you laugh out loud in the next. By the next scene, your heart is racing and your adrenaline is pumping again.

One day, if a genie appears before me and grants me a wish, my one and only wish would be to pick Karthik Subbaraj’s brains.

Siddharth is perfect as Karthik

One interesting thing to note is that Karthik Subbaraj came up with the script for Jigarthanda long before he directed Pizza. Just like the Karthik in the movie, it shows us that directors sometimes have to compromise their integrity to make the best out of the opportunity that’s knocking on the door.

Siddharth plays the lead as Karthik, a young filmmaker aspiring to tell real and raw stories, but hindered by producers who want something more commercial. After one producer challenged Karthik to come up with gangster film with ‘terikka terikka rattam’, the youngster makes his way to Madurai to track down a real-life thug, Sethu, and document his life.

How Karthik Subbaraj handles his lead character deserves a standing ovation, at least from me. Karthik (in the movie) doesn’t deliver any punchlines or exhibit exaggerated macho-ism – he stays true to his character of a young, bold, curious, and witty filmmaker. When captured by Sethu and his men, Karthik trembles in fear and begs Sethu not to kill him – just like how any ordinary man (that is not Vijay or Ajith or Dhanush) would. 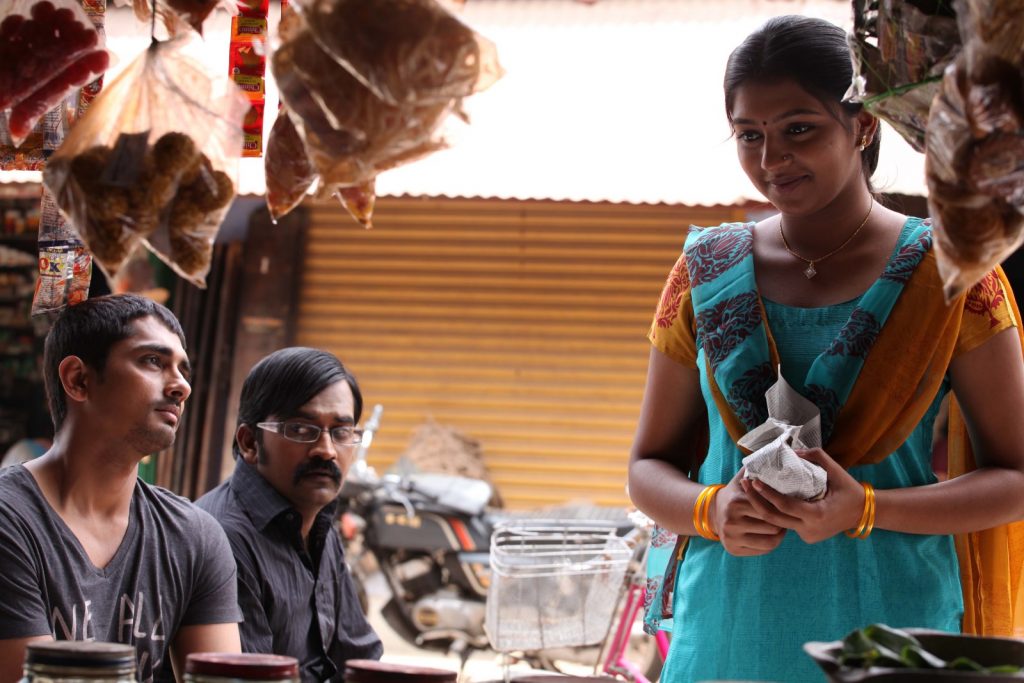 I wish I could give Karthik Subbaraj an award just for casting Lakshmi Menon in a leading role. He keeps it real, instead of casting one of the imported actresses who doesn’t look the part.

Lakshmi Menon plays Kayal, who scores high marks even in her limited scope. Kayal is an average, small town girl, who sometimes shoplifts sarees for a living. She also falls in love with Karthik. She seems innocent and harmless for the most part, but it is her small action that changes the entire course the movie. That perfectly encapsulates how the story can focus on the male characters in the movie, yet still give equal significance to the heroine.

Sethu (played by Simhaa) is menacing and ruthless for the most part of the movie. While being a ruthless gangster, he takes on the task of being a film star – and struggles to keep both in check. He undergoes a major transformation towards the end; which although seems convenient, is absolutely believable. Simhaa owns his role – you believe him when he’s a brutal, cold-blooded murderer, and you believe him when he’s all awkward and goofy.

I also love the ending of the movie where Karthik embraces the dark side – so to speak – and carries on making movies in his newfound, mobster style. Hey, if you can’t beat ’em, join ’em!