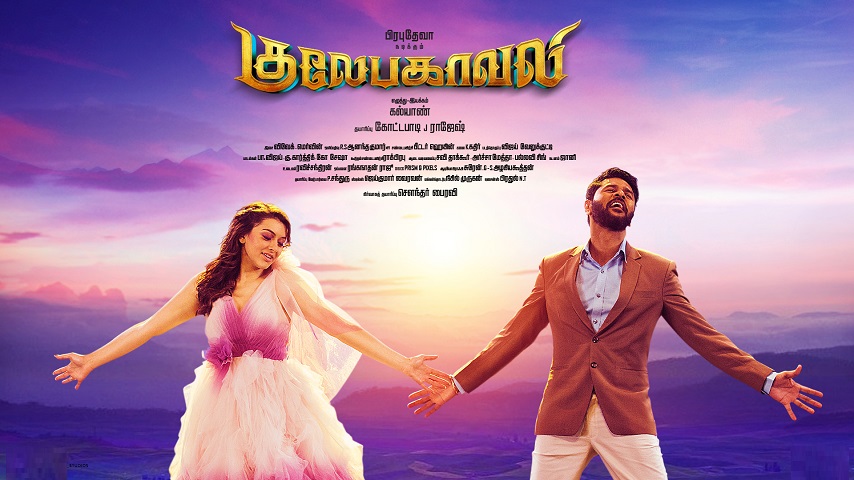 Ladies and gentlemen, this is it. Gulaebaghavali. A definite contender for worst movie of the year. A bloody tragedy from start to end. It’s bad. Very bad. White Chicks level bad. The kinda movie that keeps you on the edge of your seat from start to finish, not because of suspense but because you’re constantly contemplating if you should just dash out of the cinema. Throughout the movie the question I kept asking myself is: “Is my journalistic integrity worth my deteriorating brain cells?”

Gulaebaghavali is supposedly a comedy. Supposedly. I think its actual genre is “cringe.” In the cringe genre, it succeeds, more than any movie I’ve watched in the past couple of years. Or maybe it’s of the horror genre, as I couldn’t for the life of me bear to see what was going on on screen. For the most part, I had my face hidden behind my hands, begging for it to stop. 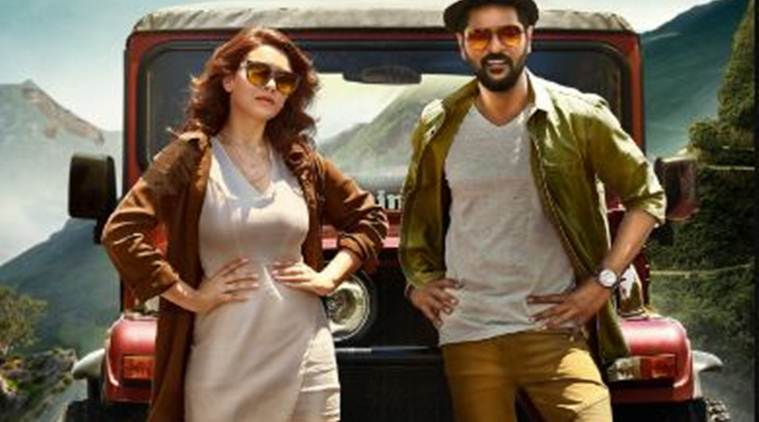 So, what is this movie about? Even the director wouldn’t be able to answer that question. Heck, even God is scratching his head trying to figure this shit out. This is a heist movie, I guess. But it doesn’t have a place at the Heist movie table, not even beside Dhoom 3.

We open in the past. An Indian butler helps his rich British boss to smuggle diamonds, but not before taking a whole bunch (or all — it is unclear) for himself. This part of the movie is actually pretty intriguing. The butler buries the diamonds for no apparent reason other than as a plot device. But whatever, that’s fine.

Then we cut to the present. And this is where the movie COMPLETELY LOSES ITS BARRING. Mind you, we’re only five minutes in. We meet Prabhu Deva, who is completely unrelated to the Indian Butler. Prabhu Deva’s character works for a gang. And then falls in love with a girl in a club, which is what Hansika’s character is by the way: hot girl in the club with no personality or purpose whatsoever. All the jokes are about her body. 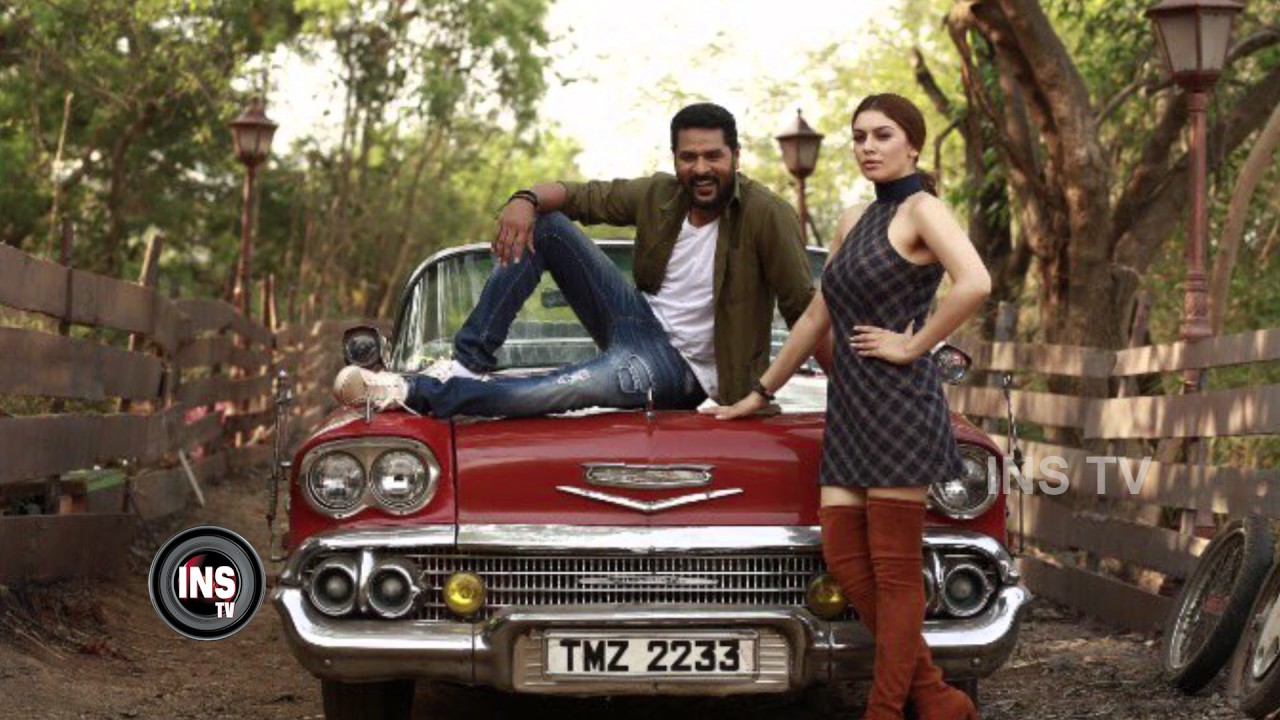 One joke that the director is clearly obsessed with has various men telling Hansika to do a Nirvana Poojai (nude prayers). This joke — and I use the word “joke” loosely — is repeated again and again throughout the movie. Someone, please explain to me what’s funny about it? Even if you’re not a liberal or a feminist, how is this funny? What is the joke? What’s the set up and what’s the punchline? It literally resembles a bunch of five-year-olds saying, “haha you farted.”

Prabhu Deva and gang agrees to steal a statue from a temple, for a client. MEANWHILE (cause this movie is so complex, it needs a bunch of subplots), we’re introduced to Revathi, who is the ONLY redeeming quality in this movie. She’s a badass con artist, who’s a devil behind the wheel and kicks butt too. Watching Revathi play different characters as she cons one person after another is fun. Some of her lines are funny, or at the very least, she makes it work.

Now, let me tell you something about the character Rajendran plays. Rajendran is a good actor, but here he behaves like a three-year-old. He screams a lot, “Aiyo! Aiyo! Aiyo!” or “Amma! Amma! Amma!” And fake cries, too. And the “Amma” he’s referring to is a skeleton. Have you ever seen someone fail SO HARD at comedy that you stop feeling annoyed and start feeling pity? Like dude, please do yourself and all of us a favour and just stop. The gag with the skeleton which goes on for the last 30 minutes of the movie is juvenile. 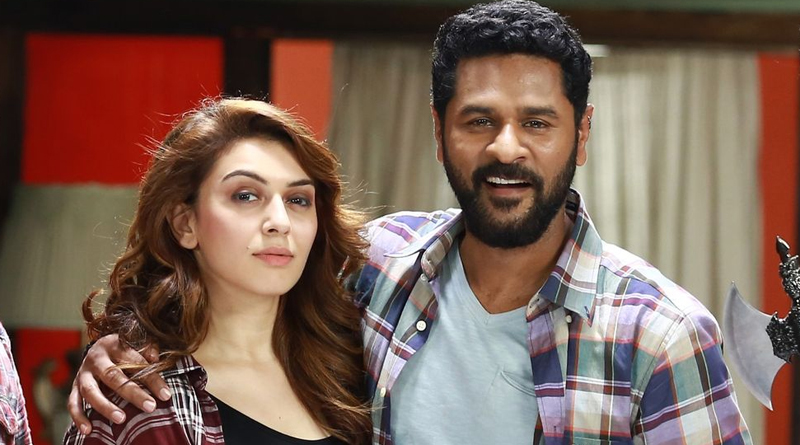 In the midst of Prabhu Deva stealing the statue of a deity, the plot of the hidden diamonds is poorly forced back into the story. Suddenly, we have a gang of villains. There are twists and turns at every corner. Everybody betrays everybody left and right. It makes no sense. Writer-Director Kalyaan is clearly applying a masterful scriptwriting technique known as makeshitup. He just scribbles nonsense as he goes along, which includes Hansika’s mystery younger sister. How did a movie like this get greenlit? Who thought it was a good idea? Did the producers actually laugh when they read the script?

I tend not to shit on movies to this degree too often because frankly, there aren’t many movies as terrible as this. More often than not, even movies that don’t hit the mark, are relatively okay attempts. Like the recent Velaikkaran which I did not particularly enjoy, but recognised and acknowledged the few positives of the film. At the very least, director Mohan Raja attempted to make something good. It didn’t land, not for me at least, but the attempt was obvious. But Gulaebaghavali is absolute f**king rubbish with only one redeeming quality, who digs deep and does her very best to salvage this shit show. Revathi is awesome! Everything else around her, from the script to the directing to the acting is all complete and utter GARBAGE.

This is a movie so stupid and juvenile that I find the need to make it a personal mission to disallow children from watching it, as it will most certainly lower their IQ. There was a point in this movie where I thought to myself, Alright. This shit has been going on for a long time now. The movie should be ending very soon. Then I checked my watch and holy shit, only 50 minutes had passed. I wish I’m exaggerating. This is a 2 hours and 9 minutes movie that is 2 hours and 6 minutes too long. If it wasn’t for Revathi, militaries across the globe would purchase DVDs of Gulaebaghavali, tie up their enemies and force them to watch it. It is truly sadistic stuff.

At first, I wondered who this is made for. Is there really still a market for movies like this? But throughout the movie, I heard people in the cinema laughing their asses off uncontrollably. Some were borderline shrieking with glee. I found my answer. Yes, there is a market for movies like this. I’m just not part of it. Not at all. Gulaebaghavali is a cinematic ball cancer.