A play that is dedicated to Malaysia. A play that every Malaysian should watch. A must watch.The opening night for Malaya Relived was held last night at GMBB @ KL. The tickets were fully sold out. And I understand why! The show is written and directed by Shafeeq Shajahan, who also is the co-founder of Liver & Lung, an award winning theatre production company.

The play did start 10 minutes late. However the warm welcome from Shafeeq and his mother compensated with that. Also, free snacks were given. That is so Malaysian.

The play starred Prem Sagar who has been on several notable plays. He played the role of Muthiah in MUD The Musical, in Malaysia’s longest running musical. Hannah Shields, a British performer and also writer. She is also the co-founder of Liver & Lung, alongside with Shafeeq. She performed her solo cabaret at Soho Theatre, London. Shangkharee Nadarajan, who is known previously  for her popular daily talkshow, Astro V’Buzz plays a pivotal role in this play. She is also our Editor In Chief. A doctor who decided that performing was her cup of tea and decided to pursue her passion!

In the first act, we see Slyvia Graham ( Hannah) , A UK based journalist who comes to Malaya to write about the country’s fight on independence. Raj Veerasamy ( Prem) is a member of the Malaysian Indian Congress. He is part of the fight for independence.

As we go on to the second Act, things start to get heated up! Raj and Slyvia started developing their feelings for each other, making his focus on the fight for Merdeka more difficult. Shivani ( Shangkharee) who is a student under Raj constantly reminds him of his responsibilities to Malaya. Raj finds himself feeling lost.

In the final act, we see who steps up to fight for the independence. Slyvia on embracing the Indian culture. And of course ( Spoiler Alert) Merdeka itself.

The music really made the play so much more significant. The play had Ian Nathaniel, who won the Cameronian Innovation in Musical Theatre Award for Co-creating. He composed all the tracks for the play and it was super original. His talent was really seen in showing how the music really fitted each and every scene. It was so natural and was definitely not pre-recorded. Ian has had a couple of collaborations with Liver & Lung in the past. I guess thats why the chemistry between the Shafeeq and Ian were fantastic. He deserves more recognition in the industry.

The actors really performed bravely and were very natural. Prem has a marvellous sense of stage presence. The actor knew his art and I really hope he gets involved in many more other plays. Personally, I feel, Hannah has a power to captivate the audience in a indescribable way. Her voice projection and quirkiness really elevated the significance of her character. As an actor, Hannah has understood the Indian culture well. Spoiler alert!! There was a part of the play where Slyvia wears a fiery red saree, and she wore it with such elegance. It almost feels like, it is not her first time wearing a saree. She knew how to move, without making it awkward. She must have really studied her mise en scene really well. Shangkharee gave us a goosebumps moment when she delivered her dialogue, ” I am me and that’s enough”. She did a first class performance in this play and I don’t think anyone would believe that this is her first play.  The boldness, the intonation and articulation of dialogue was very calm and clear. Her pleated saree look gave me Indira Gandhi vibes.

Shafeeq has an amazing voice and I would honestly consider him as a performer. He sang with so much passion. He is so calm and collective, which is such a different trait for a directors. I guess he did not crack under the pressure. He got the actors to deliver what he wanted and they performed with so much passion, a common trait, I saw in everyone who was part of the play.

A memorable part of the play was when Malaya achieved independence. Shafeeq untied the flag, and the entire audience stood up and sang Negaraku with so much passion and patriotism. Even while writing this, I can feel so much love for my beautiful country.

The set and costume designers did a good job. Bahseerah and Shazana delivered the whole 1950’s vibe. Right from photo frames to the floor mats and books, I really did feel like I was seated in a Malaysian Indian home back in the 50’s. The blocking on stage did not really meet up to my expectations. There were times, the actors’ back will be facing towards me and I could not see their expressions. The lighting really matched with the theme of the play.

From a feminist lens, the play did however fail the Bechdel test. A Bechdel test is when two females talk about something other than the male character in their scenes. While Shivani did tie the saree for Slyvia, the content of the scene was about Raj. The scene could have been written slightly better. Nonetheless, seeing that Shivani pursues to get her education and Slyvia doing what she wants to do, marrying Raj, I really do see that the women in this play did have important dialogues.

Malaya Relived is an overall entertainer with outstanding direction and music. The performance of the cast really delivered what we as audience wanted to see, the 1950’s era. This play is a must watch for this one reason. For Malaysia. Watch it because it shows so much about the struggles our forefathers would have had to make our independence a reality. This production takes many creatives risks and really emphasised on the performers to be all rounders.

Malaya Relived runs from 19th to the 21st of April. With 2 shows daily, at 3pm and 8pm, do not miss out on this play. Tickets are priced RM 70 each. More info can be found at WWW.LIVERANDLUNG.COM/MALAYA 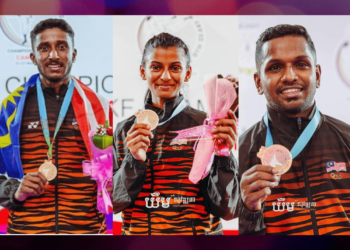 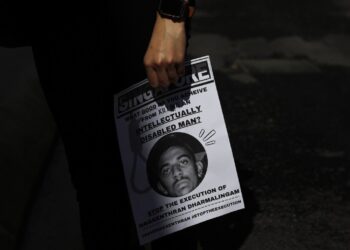 It's totally deplorable. This piece of news has definitely shattered the hearts of Malaysians and surely the victim’s family right... 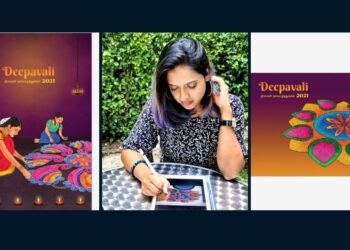 It's a proud moment for all of us to know that our talented artist Mona KV's artwork has been recognised...