This 12-minute short film is well worth watching. 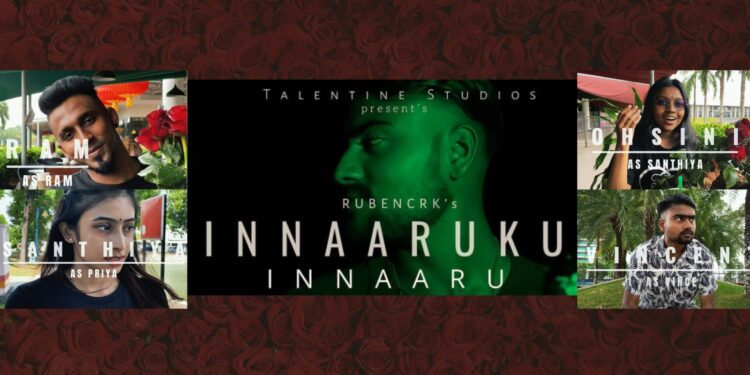 Watching short films made by our young directors nowadays has made me realise that our Malaysian Tamil film industry has a promising future.

On that note, young director Ruben Crk has released his new short flick titled Innaraku Innaaru. The 12-minute short film will take you on a journey through a sweet-emotional love story with a dash of witty lines depicting Malaysian Indian humour.

Helmed by Ruben Crk, the short film started off with a comical-humorous narrating voice that gradually draws you into the story. Innaaruku Innaaru revolves around four friends who are drawn together through love and how they express their feelings without knowing what’s flowing in their hearts. The storyline will fill your heart with a tingling feeling and it expresses something that we all can connect to at some point in our lives.

Apart from that, the cast of this film Ram, Ohsini, Vincent and Santhiya have done a good job by portraying their characters well with the roles given.

Furthermore, the mellow background music and the smooth transition between the voice over and the visuals have even enhanced this film.

You may watch the full film here on Talentine Studios YouTube channel here;

It will ultimately make its way to you if it is meant to be.

We’re excited to see your future projects and a big kudos to the whole crew for their hard work in making this short film.