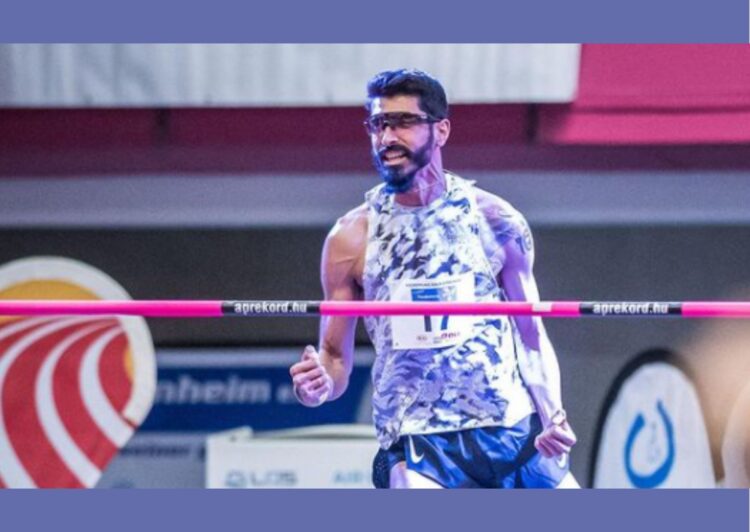 Our very own national high jumper, Nauraj Singh Randhawa is hoping that his sharp indoor season will serve as a prelude to what is ahead for him in key competitions this year.

The Johor-born athlete is aiming for higher heights in the SEA Games in Hanoi in May, the Commonwealth Games in Birmingham in July, and the Asian Games in Hangzhou in September.

Nauraj remarked that winning Europe was good and that he saw it as a stepping stone for his preparation for larger competitions later this year.

During the European indoor season, the Olympian took part in four tournaments and won two medals.

Nauraj, who is now residing in Leipzig, Germany, won the BKK Freudenberg Hochsprung Gala indoor competition in Weinheim, Germany, on 13th February with a height of 2.22 metres.

He excelled in the International Athletics Meeting Hvezdy v Nehvizdech on 1st February, where he cleared 2.27m, although the mark has yet to be officially confirmed as a national indoor record.

The 30-year-old said he was pleased to have completed the hard competitive regimen across Europe for a month.

“I was able to put myself to the test and access my position. In every competition, I continued to push myself and go an additional millimetre, “Nauraj expressed.

Because the indoor season is just a month-long, I had to put in a lot of physical effort – Nauraj

Nauraj said, “Hopefully, all of my European experiences can lead to improved results in the forthcoming major events.”

“To me, winning those competitions (SEA Games, Commonwealth Games, and Asian Games) will be more important,” he told The Star.

Team Varnam wishes you the best of luck in your future endeavours, Nauraj!