Meet 93-year-old Pushpanathan Letchmanan, The Sprinter Who Breaks The Odds 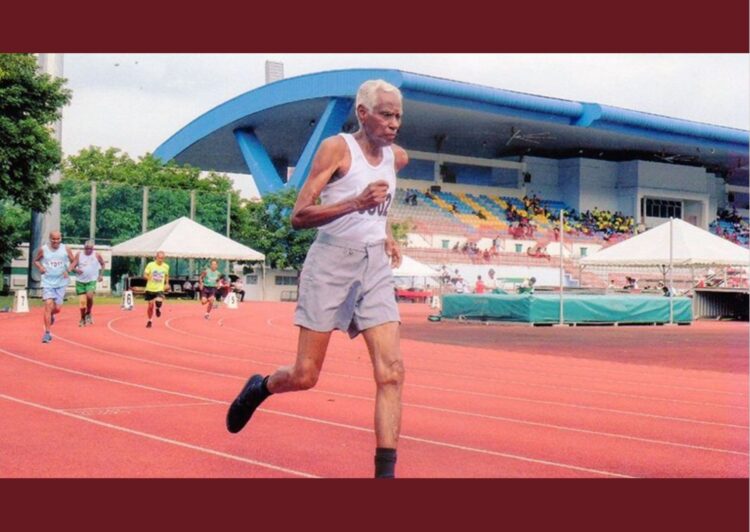 Frankly asking, what will you be doing at the age of 93? As for me, I can’t think of anything else than resting if am still healthy enough to be alive.

Breaking the norms, let us meet 93-year-old Pushpanathan Letchmanan, Malaysia’s oldest track sprinting champion, who has proven that age is no barrier if you have the desire to succeed.

Three years ago, Pushpanathan stood out among the other competitors at the Malaysian Open Masters Athletics Championships when he won gold in the 400m in his age group with a time of just under 150s in Kuala Lumpur.

Now, the former English language teacher sets a new goal for the forthcoming athletic event in May by representing Perak Master in the 100m and 200m sprints in the 90-94 age category at Stadium Universiti Malaya, with a goal of clocking around 20s in the 100m and under 75s in the 200m.

Pushpanathan who has been involved in athletics since 1957 made his debut in the Malaysian Open Masters in 2018 and won silver in the 400m.

Being unable to participate in the championship in the last two years due to the Covid-19 pandemic, is not a reason to stay out of shape as he maintains his fitness by doing a 2km run, jogging and sprinting along with practising yoga on alternate days as well as doing daily strength exercises.

During the 1998 Kuala Lumpur Commonwealth Games, he worked as an assistant athletics venue manager and also as a track and field technical officer in the state, national, and international events.

“I want to keep running as long as I can. You have to stay active if you want to be healthy and happy as you age,” he said according to FMT.

We are never too old to achieve things we want as all we need is determination and the right person to help us get there.

You’re such an inspiration to many people out here and all the best on your upcoming endeavours, sir!