Many might assume that Dhruv Vikram can be grouped with other celebrity youngins. You know, the ones who can’t act for nuts, but make the cut because of their parental influence like Aishwarya Arjun, Shanthnu Bhagyaraj and Sibiraj.

But Dhruv looks to be in a class of his own. His first movie, Varmaa, sees the 19 year old assay the lead role. The film is the remake of 2017 Arjun Reddy, where Vijay Devarakonda played the protagonist.

The trailer of Varmaa has just been released, and we have to say, the youngster does an impressive job. The film appears to swing back and forth between the life of a college student and that of the surgeon he turns out to be. The red blooded college student role comes easily to the actor, understandably. But he carries out the role of a disturbed surgeon with ease, and doesn’t look awkward in the romantic scenes, one of which he shares with Raiza Wilson.

Megha stars opposite Dhruv in the film, and her role is forgettable. She is perhaps just another one of those actresses who will make a career of being arm candy.

A female actor who does stand out is Eswari Rao of Kaala fame. The on screen chemistry between Eswari and Dhruv is remarkable, just from the trailer.

Directed by Bala, Varmaa is a scene by scene remake of Arjun Reddy. But the director has surely brought his touch to it. We wouldn’t expect anything less from the visionary who brought us Sethu, Pithamagan and Paradesi.

Of course, with Tamil films, it is always advisable to manage one’s expectations. We can’t help but to let the excitement of Varmaa get to us, though! The film is set to release next month.

Do you think Varmaa will be a hit? 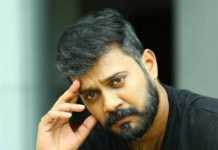 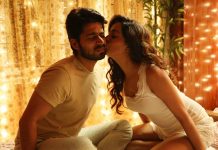 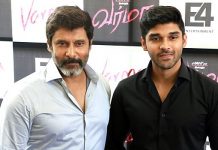 This Cute Photo Of Vikram And Dhruv Will Melt Your Heart! 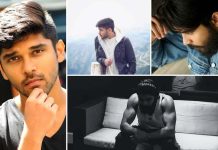 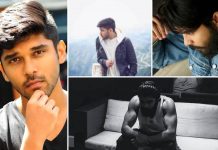 Vikram Wants To Focus On His Son’s Career; Puts His Films On Hold!