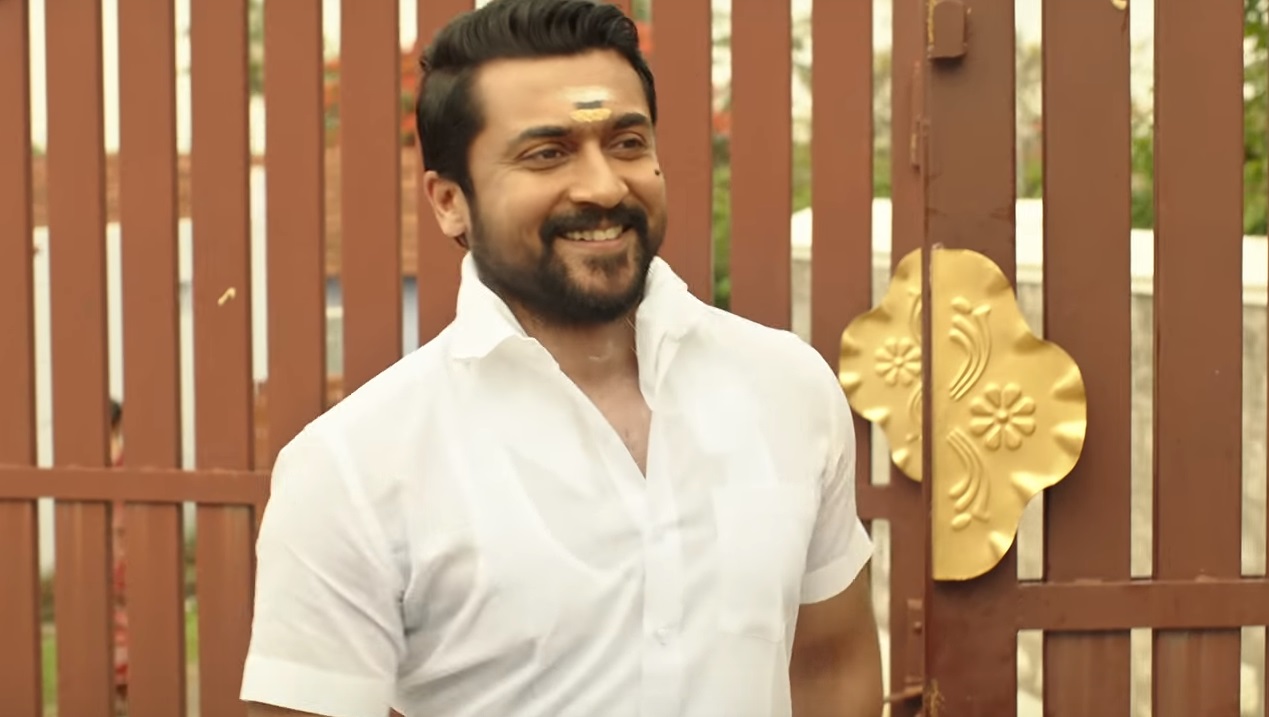 The trailer of Suriya’s long awaited film, NGK was released yesterday. Much to our (lack of) surprise, the film centers around Suriya, Suriya and you guessed it, more Suriya.

The two minute trailer narrates a story of a man, NGK, and his journey to help his country by way of becoming a politician, in spite of threats from current politicians. Of course the trailer has to begin with a long shot of Suriya standing in a crowd that is chanting “NGK” in the background.

We are reminded numerous times in of his love for the country in the trailer, and we shudder to this how much more this is going to be emphasized in the film. 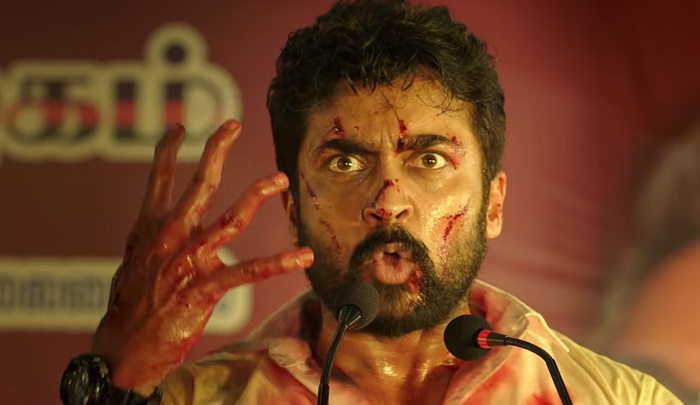 Suriya’s NGK is often angry in the trailer, which is replete with numerous fight scenes. The gore gets a little overwhelming at times as Suriya screams a dialogue at what appears to be a podium, covered in blood. It is fascinating how the Tamil audience has come to accept such bloodiness without batting an eyelid.

To expect Suriya’s co stars, Rakul Preet Singh and Sai Pallavi to have more than their 3 second long appearances in the trailer would be delusional. Rakul, however, has a fight scene where she dangles mid-air to fight Suriya, all of which takes a whole 2 seconds in the trailer. I mean, how dare we take any attention away from Suriya? 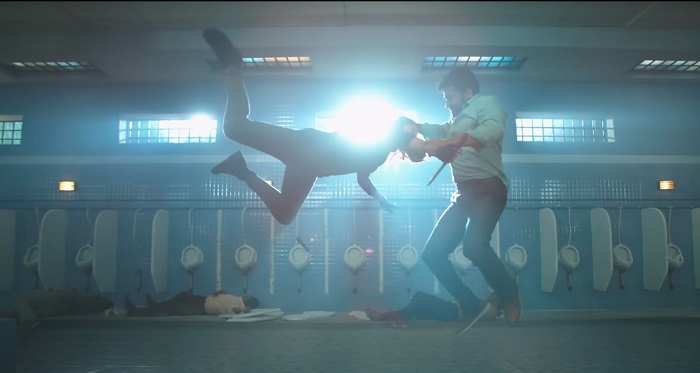 The music by Yuvan Shankar Raja adds suspense to NGK, although it would have been nice to hear something other than the music from the teaser.

No politician will be successful in Tamil Nadu, without uttering the secret password, FARMERS. So Suriya sits under a banyan tree, in protest, perhaps, along with a group of people who appear to be farmers. Farmer representation: check.

Selvaraghavan, the director of NGK, is known for his depiction of eccentric protagonists in his films. This film appears no different. A lady tells us at the end, “Indha naatula ovvonum oru vidhamana paithiyam. Aana ivanuku indha naatu melaiye paithiyam,” Well, alright then.

NGK will hit the screens on the 31st of May.