Taapsee Pannu was making waves in the Tamil film fraternity back in 2013. She had a string of successful films including Arrambam, Kathai Thiraikathai Vasanam Iyakkam, Kanchana 2 and Vai Raja Vai. The actress is set end her Tamil film hiatus and make a comeback with Game Over this year.

This psychological thriller is being directed by Ashwin Saravanan and will be released in Tamil, Telugu and Hindi.

The minute and a half long teaser reveals Taapsee as an avid gamer who is troubled by something. Several dark snippets later, she is confined to a wheelchair, and bad things continue to happen.

We particularly enjoyed the numerous video game references in the trailer, from figurines of Tetris to Pac Man to a Virtual Reality headset, Game Over has it all covered.

Game Over is one of those thrillers that will keep you on the edge of your seat, glued to the screen. And Taapsee is the perfect fit for the role. Filmmaker Anurag Kashyap announced that he has joined hands with Reliance Entertainment and Y Not studios to present the Hindi version of Game Over.

There is an interesting caption, “You only have two lives. The second one begins the moment you realize you only have one,” Preach!

Game Over hits screens on the 17th of June. 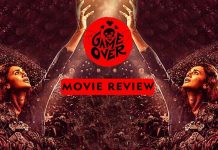 Game Over Review: A Unique and Wholly Original Psychological Thriller 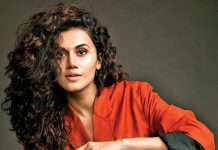 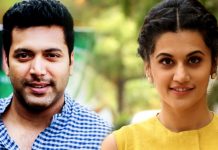 Taapsee And Jayam Ravi To Pair Up In Their Next Film! 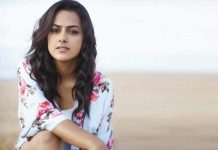 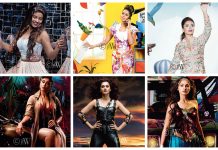 Raiza As Catwoman, Andrea As Wonder Woman – The JFW 2019 Calendar