Gypsy is a soon to be released political thriller starring Jiiva. Directed by the same brilliant mind behind Cuckoo and Joker, Raju Murugan, Gypsy promises an intense drama. The real star of the film, however, doesn’t seem to be Jiiva. It is Santosh Narayanan.

The basic tenet of Gypsy looks to be the usual feel good kaadhal scenes in the first half, followed by drama, violence, self-immolation and police brutality. There appears to be an undercurrent of criticism against corrupt politicians who use religion to divide and conquer.

Santosh Narayanan’s music needs no introduction. We are still reeling from the soundtrack of Vada Chennai, the eerie background music piercing our ears at the thought of the film. The music director does it again with Gypsy, and his music is the real star of the two minute long trailer.

Us SaNa fans have already heard the proletarian tune, Very Very Bad from Gypsy. If that and the trailer are anything to go by, it goes without saying that the Tamil music fans won’t be disappointed with this film.

Gypsy is set to hit screens in June. 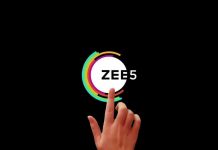 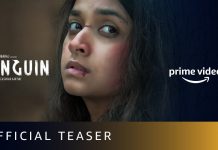 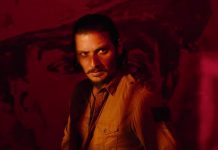 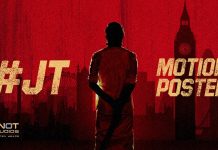