The teaser of Suriya’s Soorarai Pottru  is out! And it has gotten a great response from fans. The teaser begins with a shot of Suriya, as a young man, travelling in a crowded train.

Suriya is seen in different looks in the teaser, with long hair in one and with a crew cut in another. He plays pilot officer Nedumaran Rajangam in this film. Suriya plays the angry young man quite well, and the teaser has gripping moments of a man dedicated to his ambition. 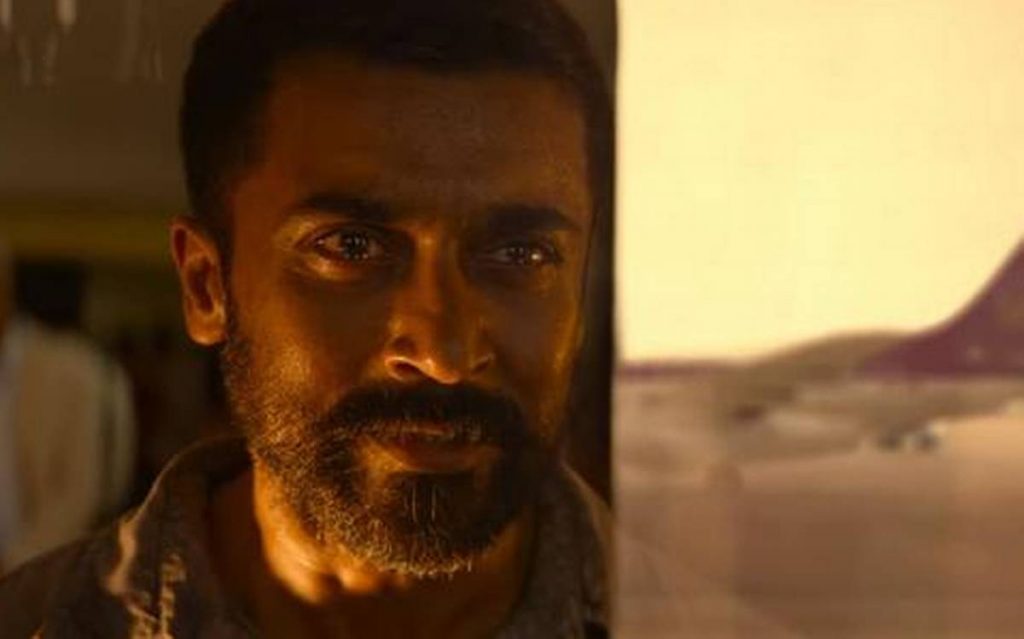 The background score that accompanies the visuals is very powerful and the teaser ends with a boarding call, that’s usually heard inside airports. The film is scheduled to release this summer.

Soorarai Pottru a film based on the life of Captain GR Gopinath – founder of the budget airline Air Deccan. Produced by Suriya’s 2D Entertainment, the film marks the southern debut of well-known Bollywood producer Guneet Monga, who will be co-producing this project.

Veteran Bollywood actor Paresh Rawal, who has predominantly played character and comic roles over his three-decade-long career, is all set to make his Tamil debut with this film.

The Singam star also has a project with director Siva in the pipeline, and it is most likely to go on the floor after the director finishes his film with Rajinikanth.