by Revathi Durai
18
SHARES
Share on FacebookShare on TwitterSend

The film is simultaneously made in Telugu and Hindi as well. Eros International made the announcement with the release of the poster of the film in three languages, ‘Haathi Mere Saathi’ in Hindi, ‘Kaadan’ in Tamil and ‘Aranya’ in Telugu. 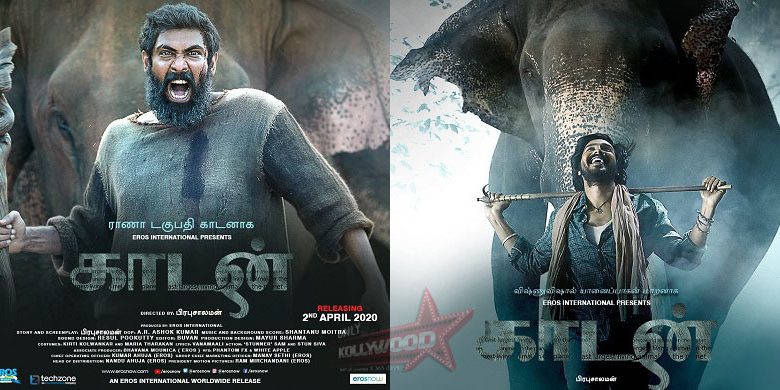 The movie has been in the making for over a year and is finally ready to hit the screen in all the three languages. After Kumki, once again the director is showcasing the relationship between humans encroaching and the elephant corridors.

Check out the announcement made by Vishnu Vishal:

Rana Daggubati plays the role of a 50-year-old man who seems to be living in the jungle while Vishnu Vishal is seen as a mahout. Together, they seem to be fighting for the rights of animals. We also see Rana and the village people protesting against people who are trying to destroy the forest.

Kaadan is slated to hit screens on April 2nd.