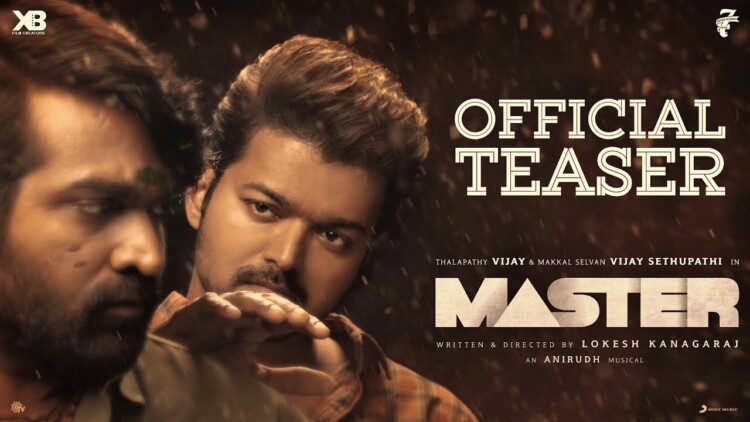 The long waited Thalapathy’s Master has finally sees the light of day. The teaser keeps us on edge, with debutant filmmaker Lokesh Kanagaraj. With his unique success, the movie that features Vijay as a college professor seems all set to amaze fans.

Bankrolled under his home banner XB Film Creators by Xavier Britto, the film features Vijay Sethupathi as the antagonist. A theatrics of rapid fire action, with plenty of elegance and swagger, as both stars head into a final encounter. Big stars like Shanthanu Bhagyaraj, Malavika Mohanan, Andrea Jeremiah, web series artist Brigada and Gouri G Kishan of 96 fame will also be seen staring in the film.

Director Lokesh has made the announcement via his Twitter page:

Hashtags such as # Master # Masterteaser and # Masterupdate have been trending on the internet ever since the teaser was released.

Watch the full teaser below:

Meanwhile, Vijay has begun working on the pre-production of his 65th film. The film, produced by Sun Pictures, is likely to hit the screens on February 2021, after the release of Master.