We Fight But We Were Actually Very Close: Swetha Opens Up About Abarnathy

When it comes to reality TV shows, what you see is not always what you get.

Such is the case with Arya’s recent and controversial reality show, Enga Veetu Mapillai.

Former Enga Veetu Mapillai contestant Swetha recently appeared in an interview with Galatta Tamil, where she talked a lot about what went on behind the screen. According to Swetha, she and Abarnathy are actually quite close friends. 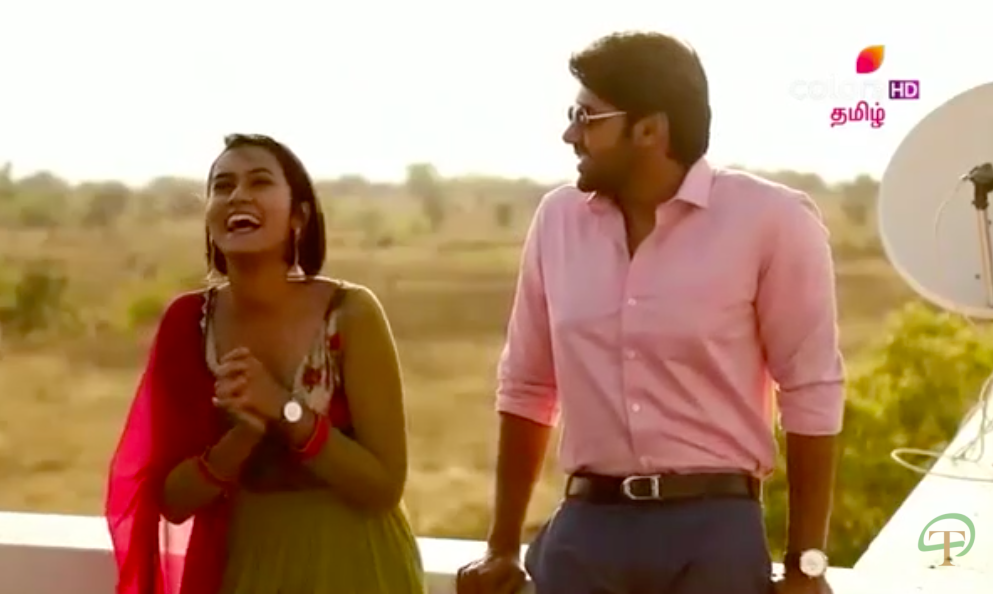 “We were all in the same room – myself, Abarnathy and all. We talked, we laughed, it was actually very jolly!” Swetha said in the interview. “She will console me every time after elimination or when I was down.” Swetha added.

Enga Veetu Mapillai was the Indian version The Bachelor, where actor Arya met with 16 girls over the course of two months to ultimately select a bride. However, Arya could not put himself through another elimination round after the Top 3 – and thus the show came to an end without a winner.

Swetha made it to Top 5 and was eliminated together with Abarnathy.