Ain revealed how a Physical and Health Education male teacher at her school made a rape comment that was both offensive and threatening. The teacher, setting a bad example took the issue of abuse very lightly by telling his male students that it was wrong to rape minors but raping adult women was acceptable.

Wait, first of all are you out of your mind?

MP Kasthuri Patto and activist Maria Chin Abdullah chastised Deputy Inspector-General of Police Acryl Sani Abdullah Sani for claiming that a police complaint filed by a student who had been threatened with rape was a joke.

She wondered whether he would react in the same way if the threat was made against a policewoman, a member of his family, or a high-ranking official.

“His negligent, unintellectual, and disrespectful joke is the very reason why female and even male sexual assault victims, whether young or adult, refuse to file a police report,” she stated.

Ain has been threatened with rape by a fellow male student for “tarnishing” their school’s reputation after her social media disclosure. She’s even been chastised for being “emotional” and for the situation not being treated well inside the classroom. 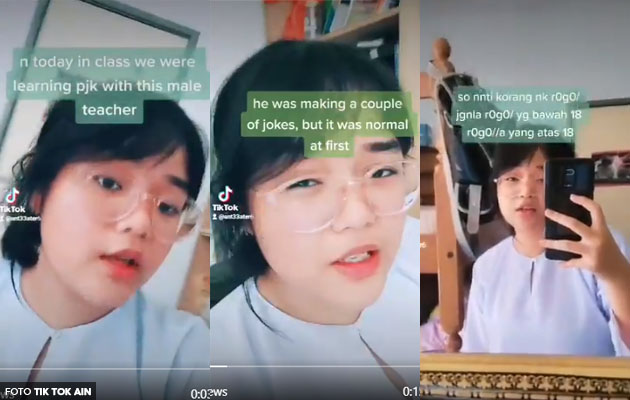 It SEEMS to be that men in high authority fail to realise the consequences of their comments on matters pertaining to the safety and well-being or women that will ultimately leave a huge scar on their forehead, if a serious matters such as this is viewed as a ‘JOKE’.

Enough is enough, we need to STOP making excuses for the sexist remark made by the male teacher and take the necessary action against such educators. The last thing our students need as role models are individuals that have the potential to wreck the minds of vulnerable male students.

When can you, as an individual, understand that these actions have a debilitating and life-long effect on people, and when will the jokes stop?

Just when Malaysians thought that things were on their way back to some sense of normalcy and improvement, the COVID-19...

The public and government should pay attention to the fact that there is a manpower shortage in the fight against...

MCO 3.0 Has Begun, Malaysians Take Note and Prep Yourselves

The Movement Control Order(MCO) 3.0 has begun as per the announcement made by our  Prime Minister Tan Sri Muhyiddin Yassin....