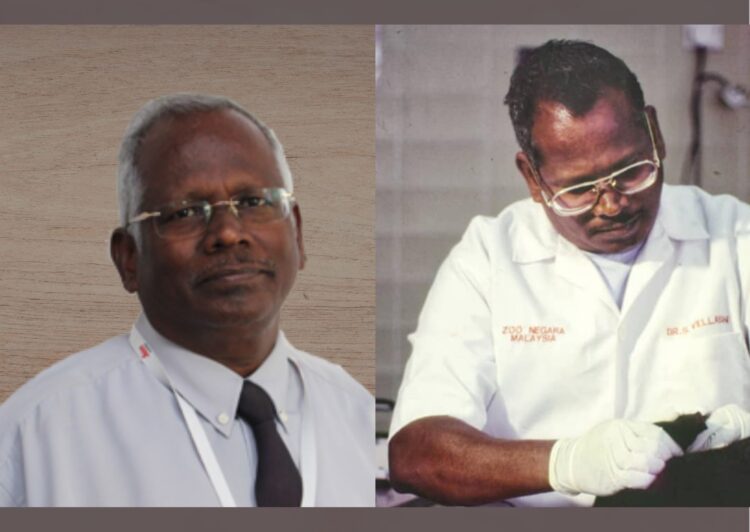 Dr Sam Mohan, president of the MSPTM, presented the award to Dr Vellayan in a virtual event attended by society members from around the country as well as practicing veterinarians across Asia.

“It is our privilege to present Dr Vellayan with this award in recognition of his diligent and committed contribution to the industry and society. He is a well-known and respected veterinarian not just in Malaysia but across Asia” Dr Sam said.

Dr Vellayan, a member of MSPTM since 1982, was the 15th recipient of the award named after the late University of Malaya in Singapore’s Parasitology Department head Prof. Dr A.A. Sandosham.

Dr Sam remarked that Dr Vellayan, who served as acting president of the Veterinary Association of Malaysia, has made significant contributions to the study and development of parasitology and tropical medicine in South-East Asia.

“The Sandosham medal, which was granted is the highest mark of honour given to someone in acknowledgement of his original and remarkable accomplishments in the field of parasitology and tropical medicine in South-East Asia,” Dr Sam explained.

He hoped that the honour would inspire others, and also encouraged more MSPTM members to excel in their research investigations for the benefit of the animal kingdom and mankind.

Dr Vellayan who will be turning 70 soon has also garnered the title of “Longest-Serving Zoo Veterinarian” in the Malaysia Book of Records.

The doctor made several great contributions to the general growth of Zoo Negara as well as to the area of wildlife medicine in the country. Among other things, he was involved in the establishment of a recognised Zoo Veterinary Hospital of high calibre.

“He was also personally involved in the training of zookeepers as well as industrial training for undergraduate students from Malaysia and other countries,” Dr Sam added.

Dr Vellayan has received various accolades and honour for his work, including fellowships from the Nutrition Society of Malaysia, the Veterinary Association of Malaysia, and the Malaysian Scientific Association.

Congratulations on receiving this great honour and we are amazed by your contributions over the last five decades, sir!

The roles of women in the fields of architecture and design have long been largely overlooked due to gender discrimination....