Falguni Shah is the first female Indian artist to bag the Grammy for Best Children’s Album. 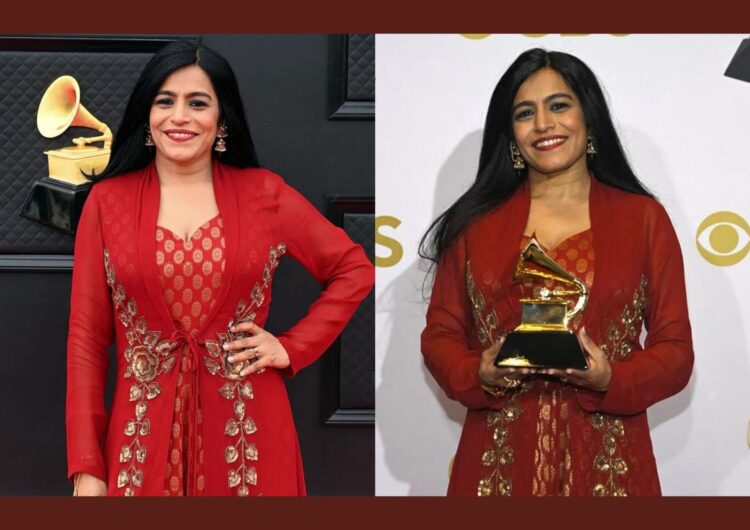 Oh well, it has been quite some time since the 64th Annual Grammy Awards 2022 took place in all its grandeur at the MGM Grand Graden Arena in Las Vegas on 3rd April.

Helmed in history as one of the biggest musical night of the year, Indian-American artiste Falguni Shah won the Best Children’s Music Album Grammy for her album “A Colourful World”.

Fondly known as Falu, she expressed that this was a dream come true for her. The musician of Indian heritage who lives in New York is recognised for fusing Indian classical components with Western sensibilities and believes it is critical to share our rich and historical culture with the rest of the world.

This album is inspired by the difficulties that she faced explaining racial equity to her kid who is brown and studying with different ethnicities. “So we wrote a song about being brown or discovering our true identity.  The storyline was simple: the crayons are all of the various colours, but they live happily in one box together. I wanted to teach them that it’s okay to be brown. And music has a lot easier time getting through to children. In comparison to lectures, when you relate to your kids via music and enjoyment, it readily penetrates into their minds,” Falu told The Indian Express.

Previously, in 2019 she was nominated in the Best Children’s Album category for the album Falu’s Bazaar.

As she grew up, she pursued music under Ustad Sultan Khan and the great Kishori Amonkar, a leading Indian classical vocalist from the Jaipur Gharana. She also learned the skill of Jaipur’s musical heritage and the Benaras style of Thumri.

She became well-known throughout time for her ability to merge modern aesthetics with Indian classical. Another remarkable feat of hers is that she had the opportunity to perform at the White House in 2009 for former US President Barack Obama accompanied by her idol, the one and only AR Rahman.

The two-time Grammy nominee stated that her next big dream is to bring Indian music to the world stage and is interested in writing and singing for films in the near future.

Congratulations Falu for this remarkable achievement and all the best on your future endeavours!

As we all know, studying and understanding human bodies is challenging, but delving into animal health and welfare is much...