This year’s theme #OliyaaiThigazhvom (Be The Light) encourages us to bring joy to those around us. 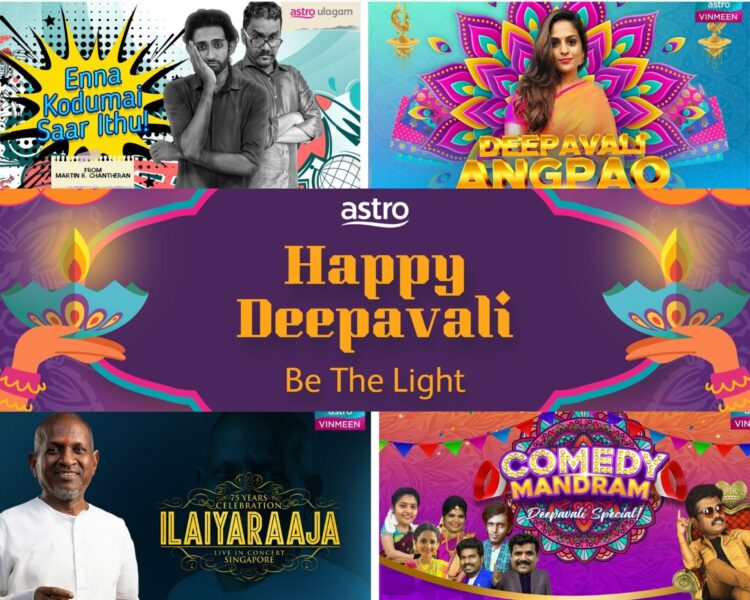 Astro gears up to celebrate the festival of lights in grandeur and style with its special programming line-up.

Customers can look forward to the premiere of local and international Deepavali specials on Astro GO and On Demand. This year’s theme #OliyaaiThigazhvom (Be The Light) encourages one to be an inspirational difference we want to see, in our circles and communities. Malaysians can also enjoy Deepavali specials on digital platforms namely Astro Ulagam, RAAGA radio, and on e-commerce site, Go Shop.

“As we celebrate Deepavali and the Astro 25th anniversary this year, we offer our customers an exciting mix of high-quality local and international premieres to enjoy with family and friends. Customers can look forward to a range of shows from telemovies, variety shows and game shows to comedy debate shows, travelogues and web-series during this festive period. Despite the challenges faced during the pandemic, we continue to creatively champion our local talents and the production of more compelling content choices for our customers to enjoy, in appreciation for their support.”

With Deepavali around the corner, let’s dive into a host of  special programmes that have been lined up for you by ASTRO this year:

Touted to be a Deepavali variety show celebrating the cast and crew of ‘Tamiletchumy’ with various games and debates presented in a fun and informative way. Featuring Dr. Vimala Perumal, Denes Kumar, Hemaji, Moon Nila, Nithya Shree, Seelan Manoheran, James Devan Arokiasamy & Devendren Sarimirgan, the show will be premiered on 4th Nov at 12.30pm only on Astro Vaanavil HD (Ch 201). 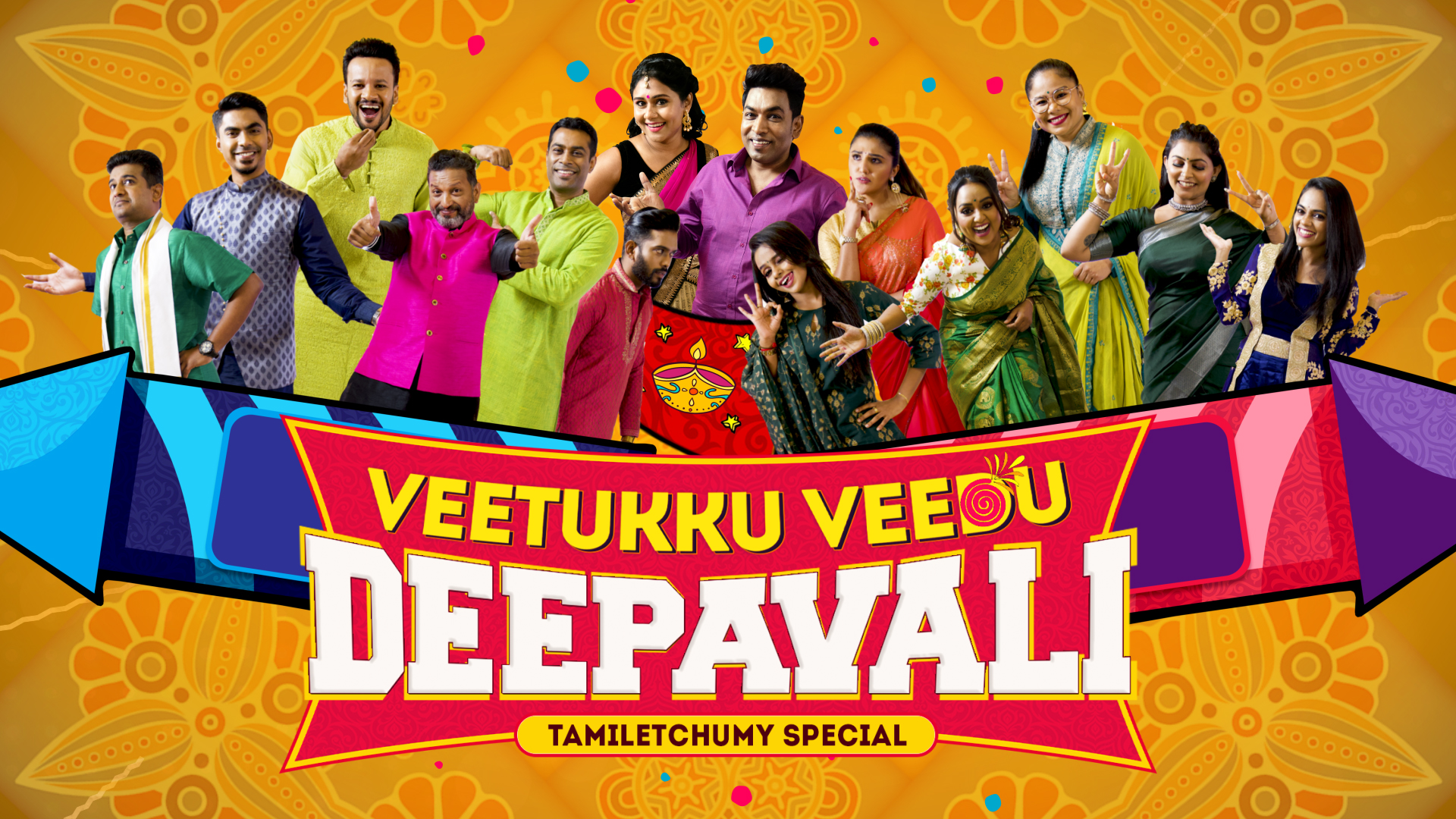 A fun filled studio-based game show with four rounds of games creating fun and happy moments for viewers. Anchored by popular local talents, Anantha and Revathy featuring Ben G, Prakash, and more, the show will be aired on 5th Nov at 7pm only on Astro Vaanavil HD (Ch 201). Touted to be a romantic comedy telemovie, Pallavi, an independent woman owns a bakery called ‘Pallavi Bakery’ and holds a secret recipe that brings her a lot of profit. Adithya who is from a rich background but with an irresponsible attitude joins the bakery as a waiter to fulfill his father’s requirement. How love blossoms between Pallavi and Adithya forms the crux of the story. 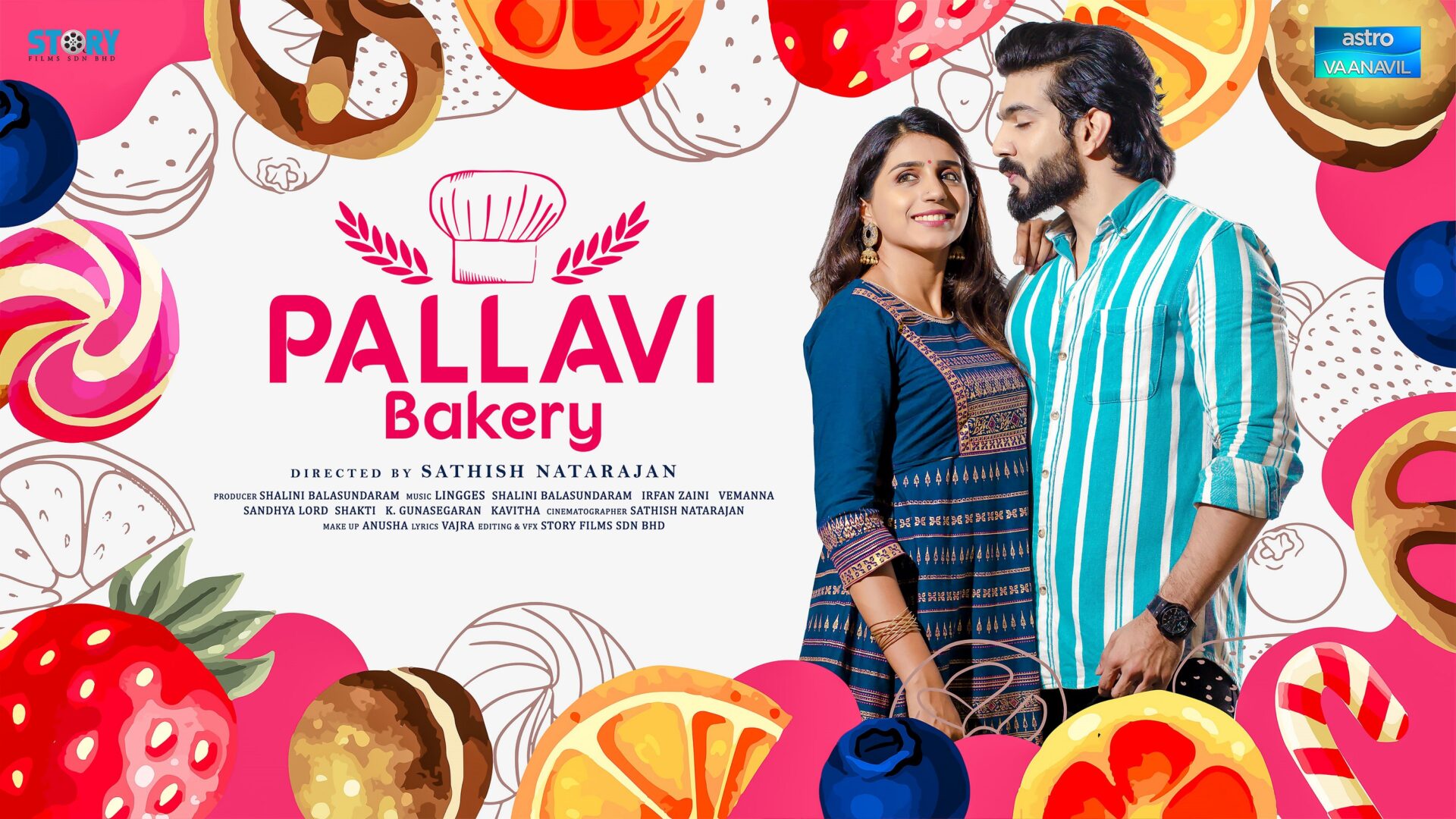 Seenu is caught in a situation where he must continue to lie in order to keep his hopes of winning the heart of his beloved lover. His first lie for her turned out to be a life-saving one but his subsequent lies were to keep the act going till he wins her heart. 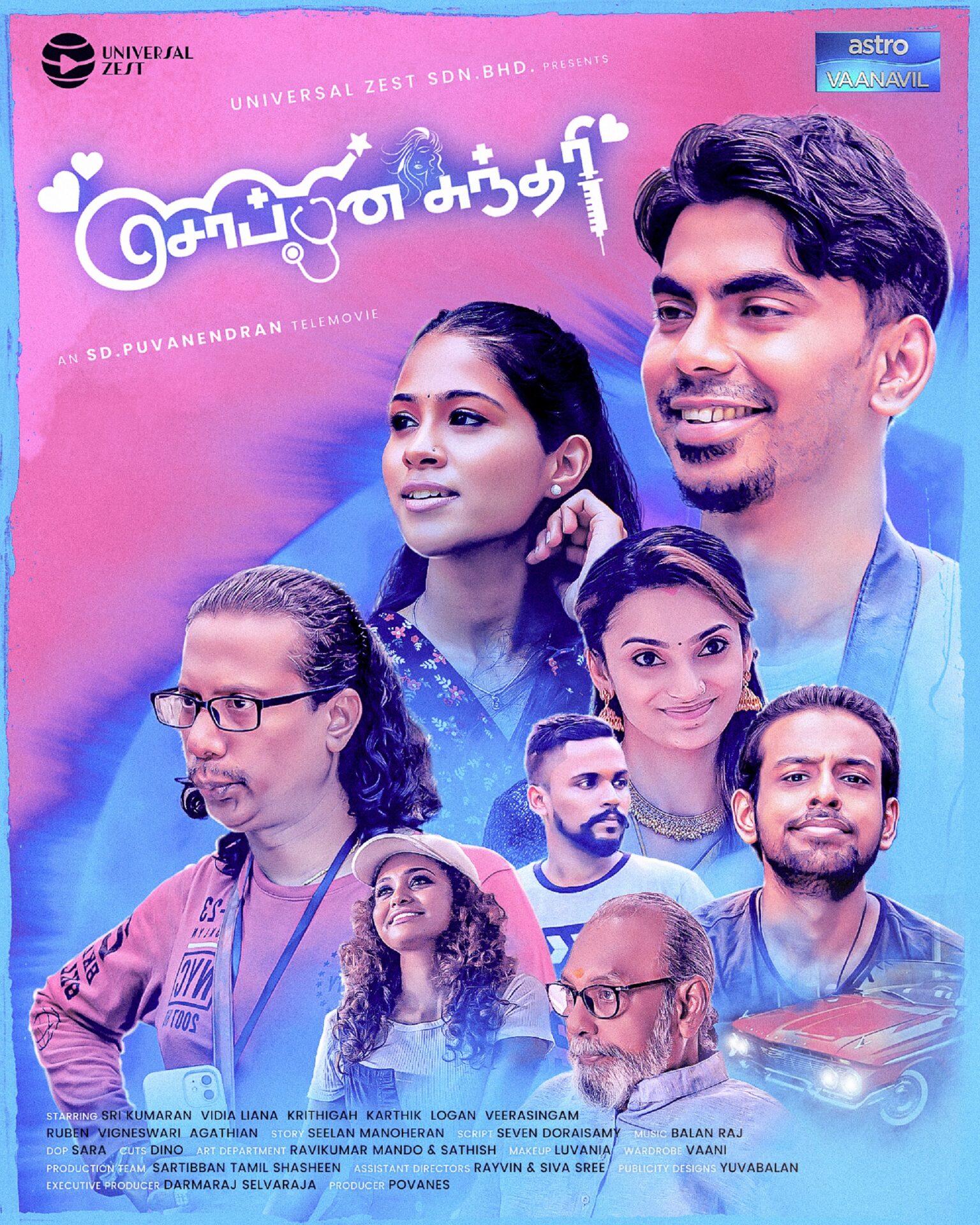 Helmed by Yuvaraj Krishnasamy and produced by Datin Shaila Nair, Manameh Ketkava is touted to be a family drama starring Sara Baskin, Thevaguru, Shabby, Nirmala Tharmarajan, and Mohana Raj. The telemovie depicts Anjana, a divorcee and depressed mother of a child looking to find a reset button to her life by embarking on a soul-searching hill station trip just to find herself fall in love all over again with a younger person, Aravind. Whether this relationship will work despite the age difference and her current marital status becomes the crux of the story. 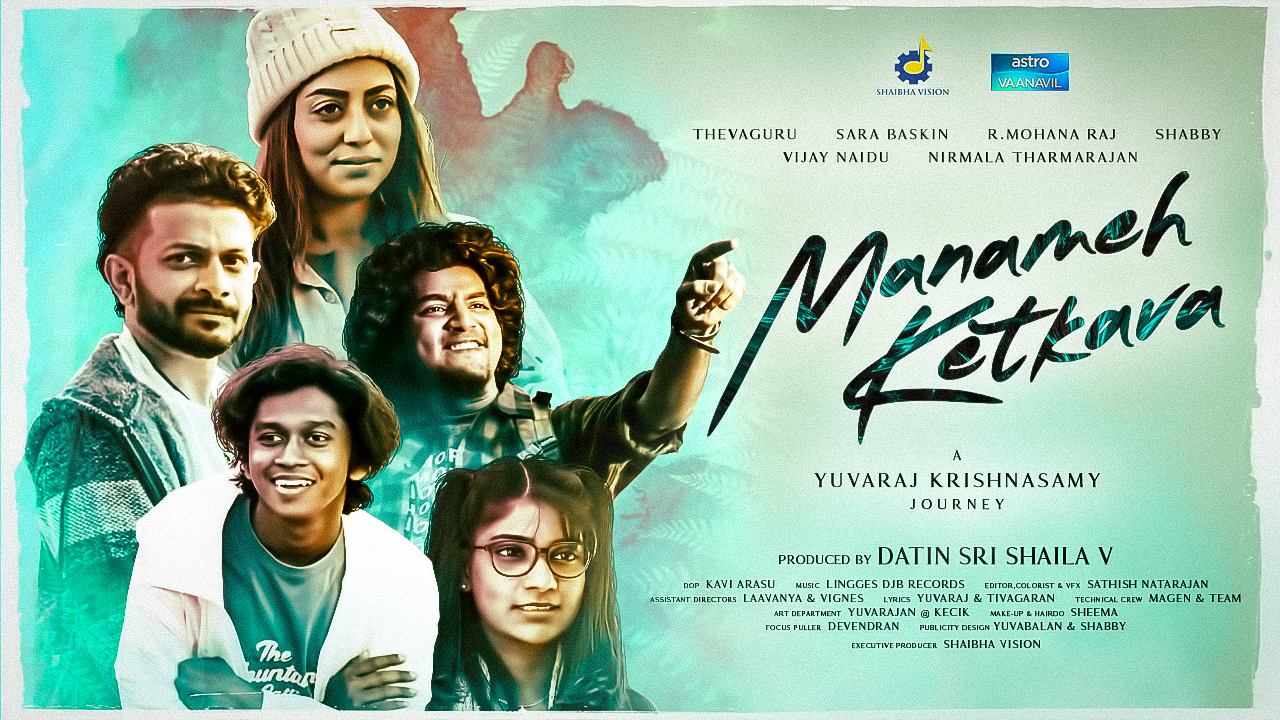 The telemovie is all set to premiere on 5th Nov at 9pm.

Touted to be a family telemovie, Yugan visits his grandfather after completing his studies in Australia. As he walked around the house, he saw a black and white family photograph hanging on the wall. When he enquired, his grandfather pointed to a little boy in the photo and said it was himself and the others were relatives. Granddad then shares his desire to have such a photo with his family today. Sadly, grandma has since passed away.

Helmed by Nafeesah Shaik Uthuman, the telemovie depicts the story revolves around a daughter who finds a match for her single mother. Shana is worried that her mother will be alone after her marriage. In an attempt to find the partner for her mother, Chellamma, Shana signs her up on a matchmaking website. Chellamma meets three men there who are interested in her.

Will Chellamma understand that love is omni-present and accept the wonderful gift life throws at her at 45?

A brand new cooking show for delectable dishes with chefs including Veerasamy, Janaki Paati, Prasanna and Kanchana who challenge each other to prepare their best dishes this Deepavali, while featuring popular local talents. 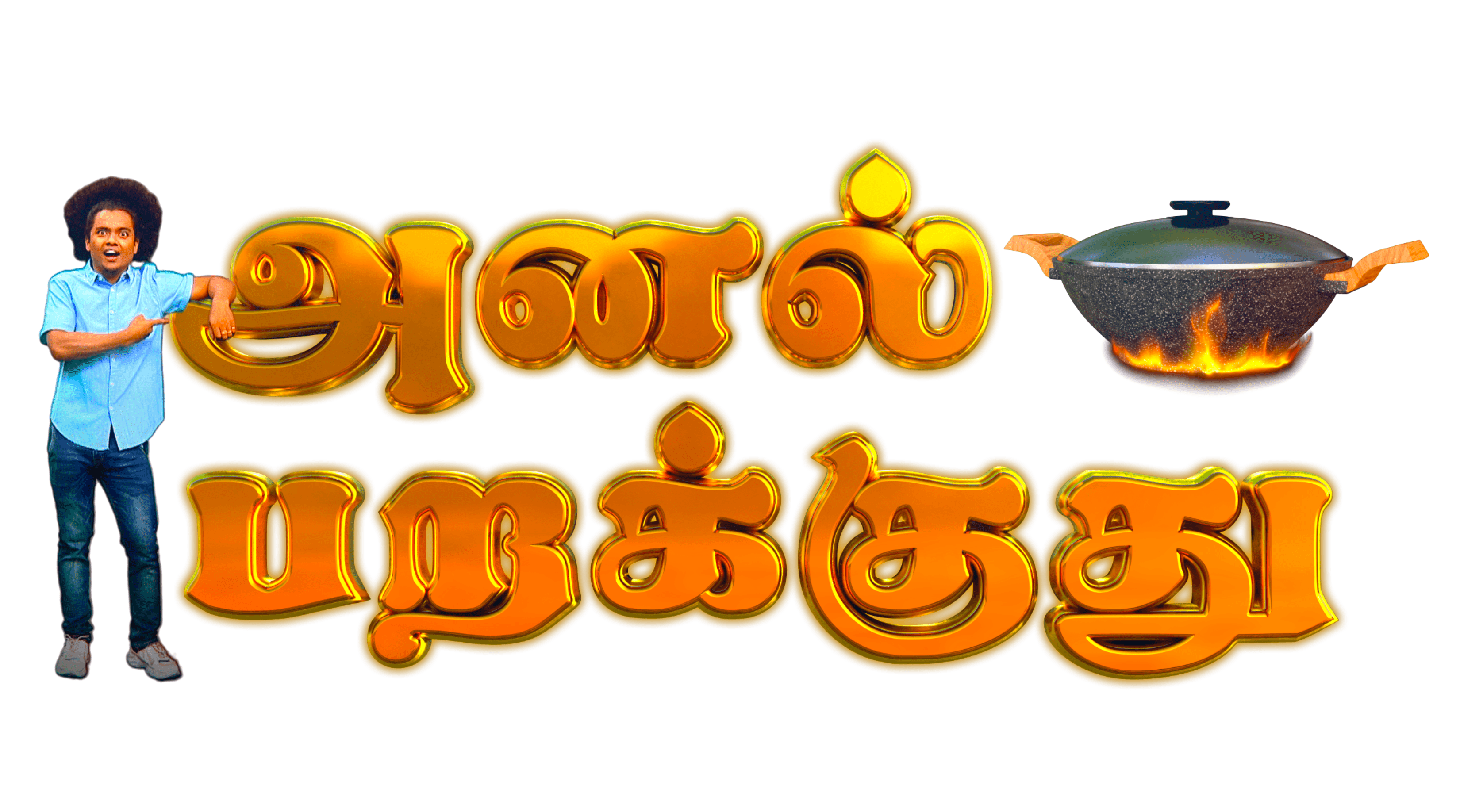 Rana, a noble warrior, seeks revenge against Rishikodagan who murdered his father. Meanwhile, he also upsets and attracts the ire of the enemy kingdom’s ruler, Raja Mahendran.

Directed by Superstar Rajinikanth’s own daughter Soundarya Rajinikanth Vishagan, the film is all set to premiere on 4th Nov, at 10am on Astro Vaanavil HD (Ch 201).

An entertaining and fun cooking show with popular celebrities from India. They are given a challenge to cook Malaysian dishes with a twist where the ingredients will be provided in Malay language. The challenge is to understand and figure out the ingredients in order to complete cooking the dishes. 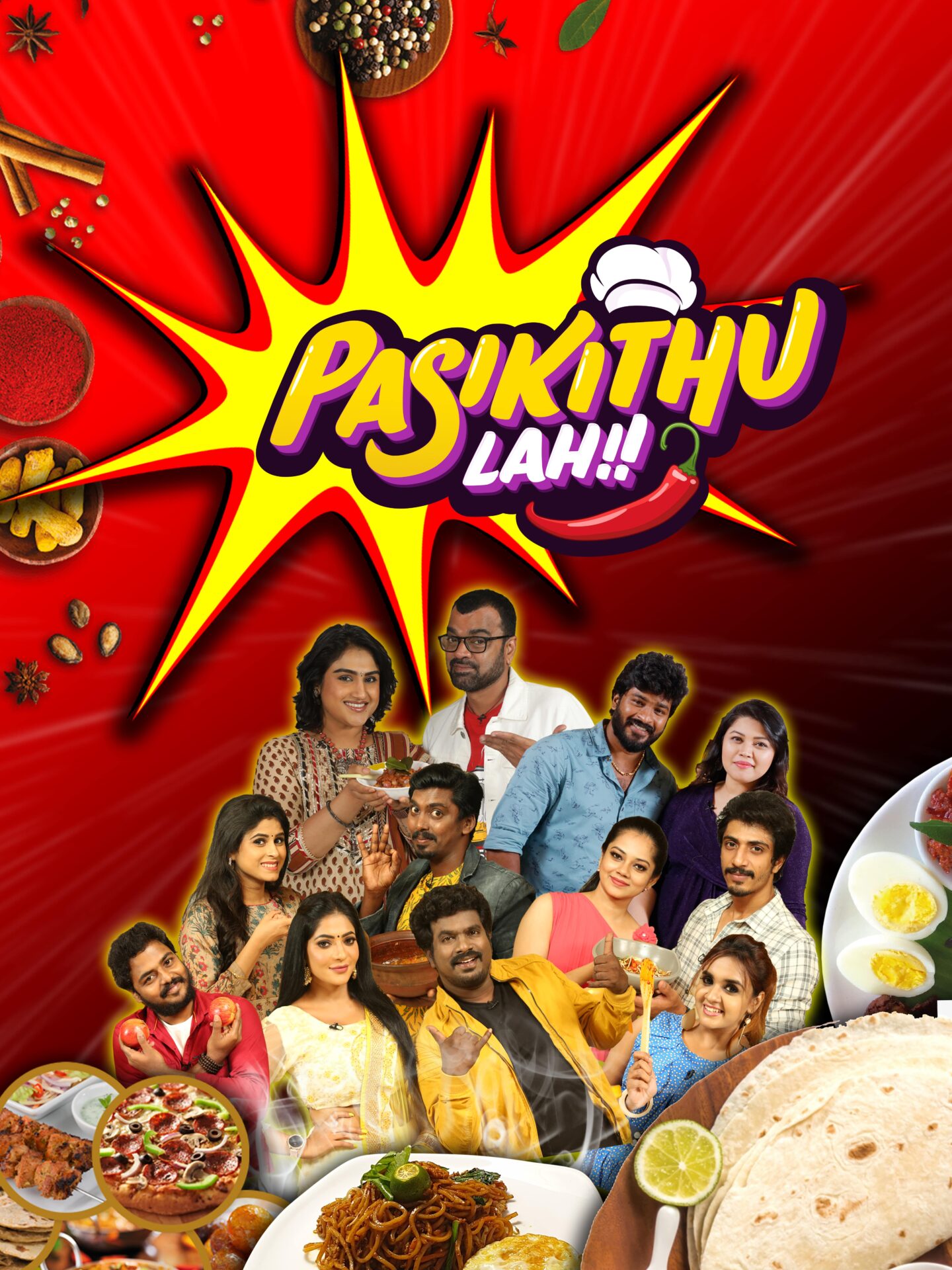 A youngster with OCD sets out to save a girl from the clutches of an international medical mafia with the help of a teddy bear that behaves like a human. 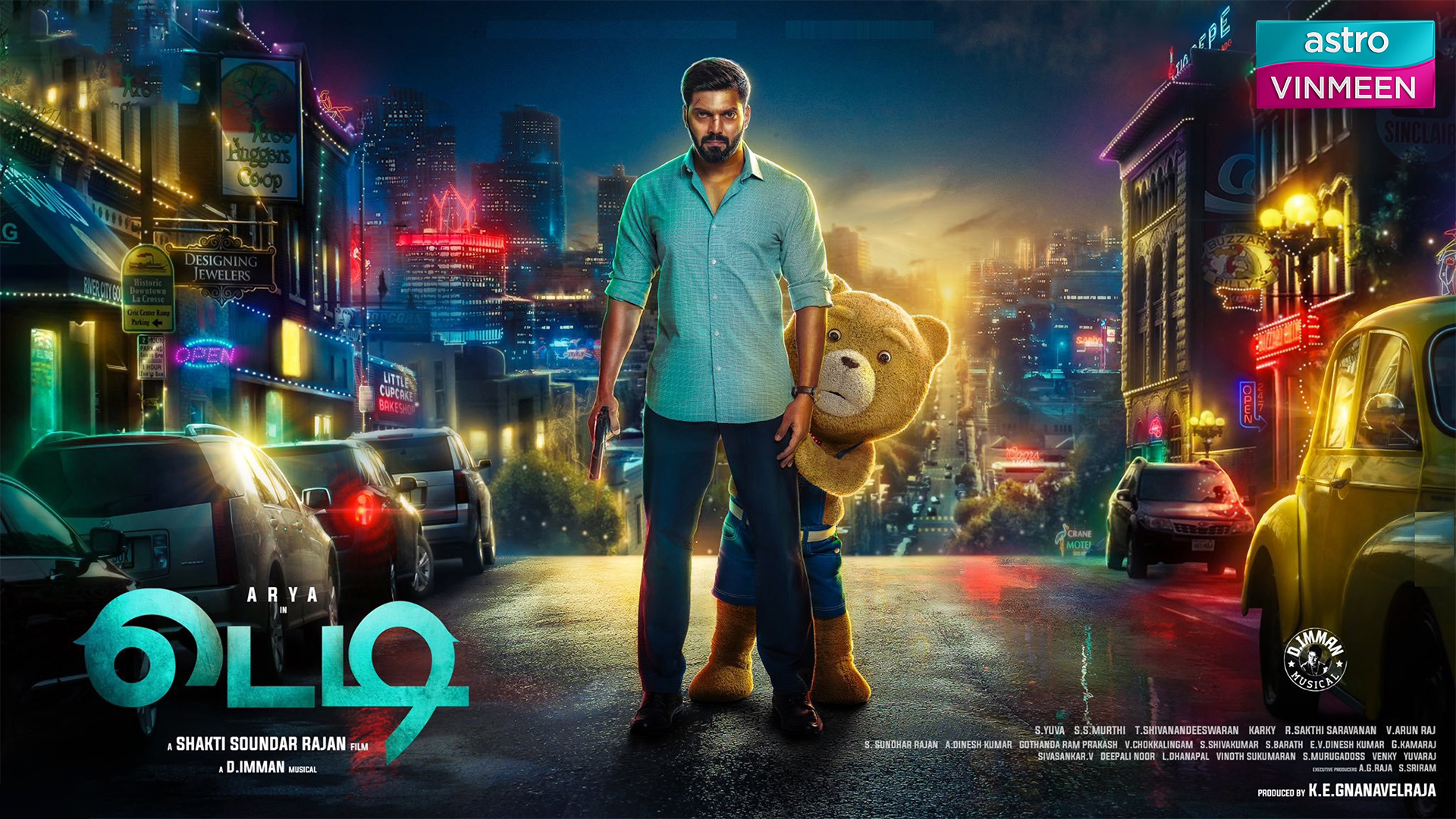 A youngster in his mid-30s goes through a series of struggles after coming to terms with the fact that he was in a coma for 16 years. 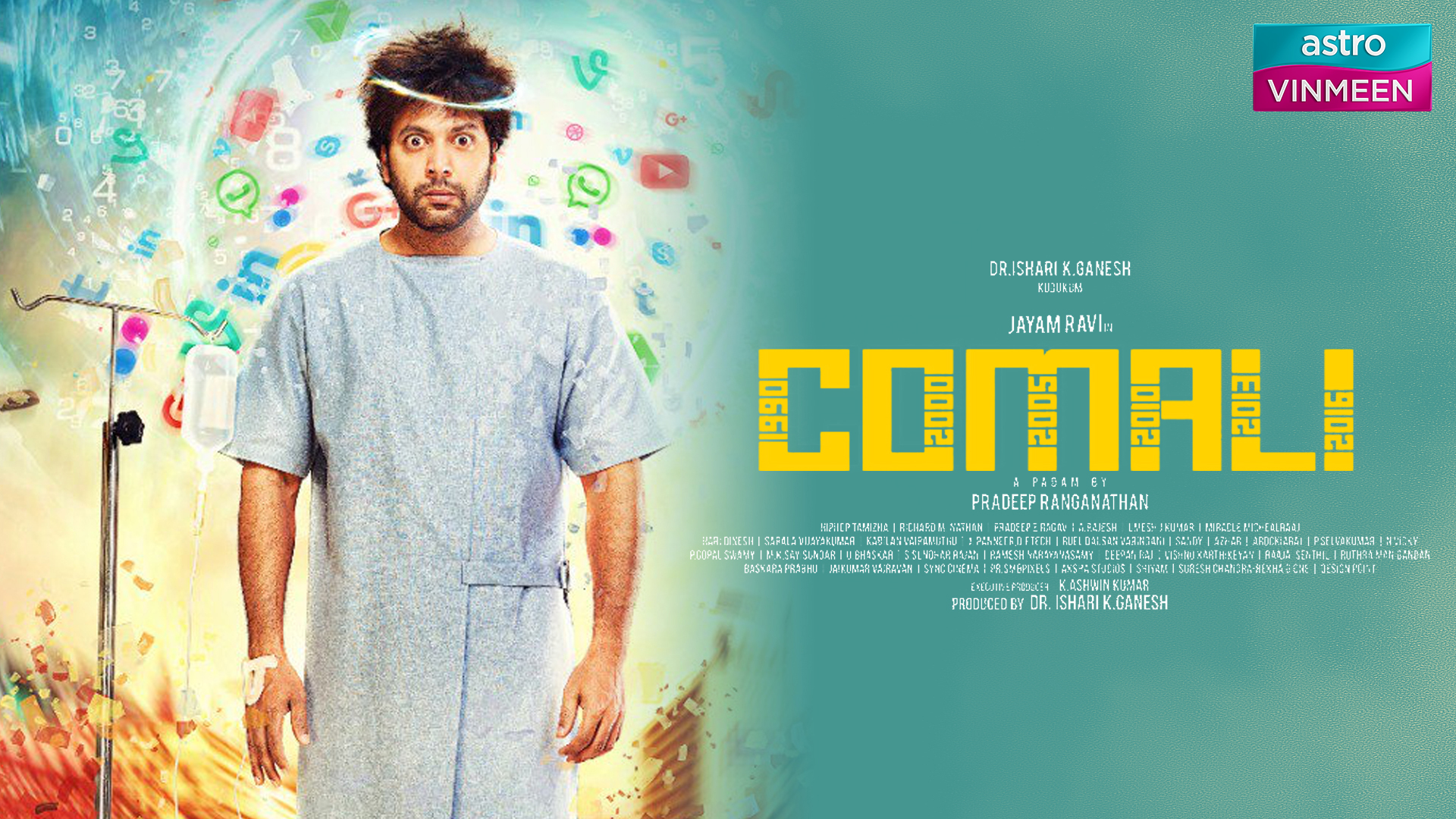 When a politician mysteriously dies in her care, Dr Gayathri decides to investigate. However, when she learns of the conspiracy behind his death, she must decide whether to speak up or not. 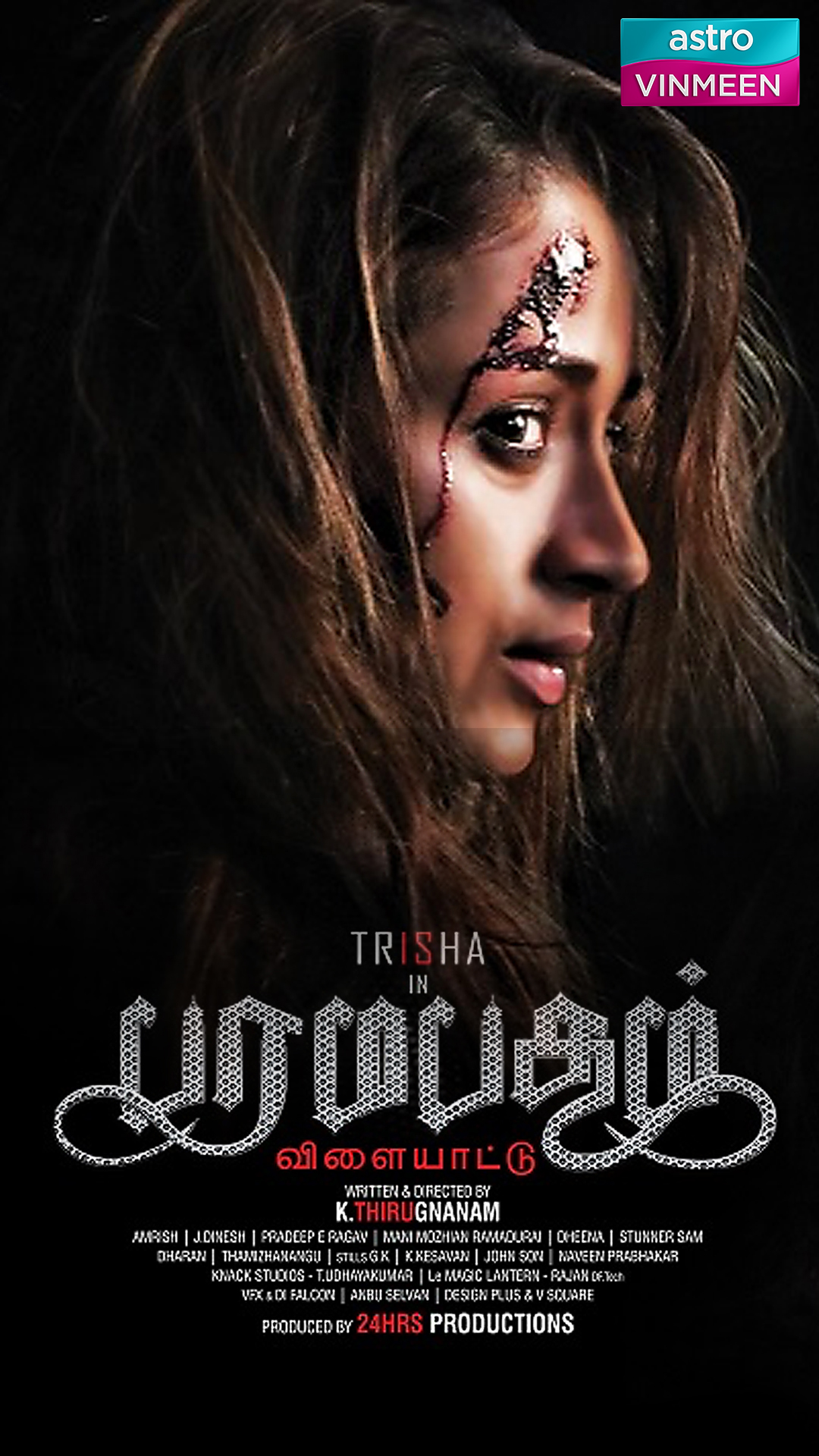 Anchored by Nathiya Jayabalan, customers stand a chance to win cash prizes up to RM10,000 along with 24 grams of gold worth RM6000 sponsored by Abdul Razak Jewellers Sdn Bhd when they call in and answer questions correctly. Just stay tuned to Astro Vinmeen HD! 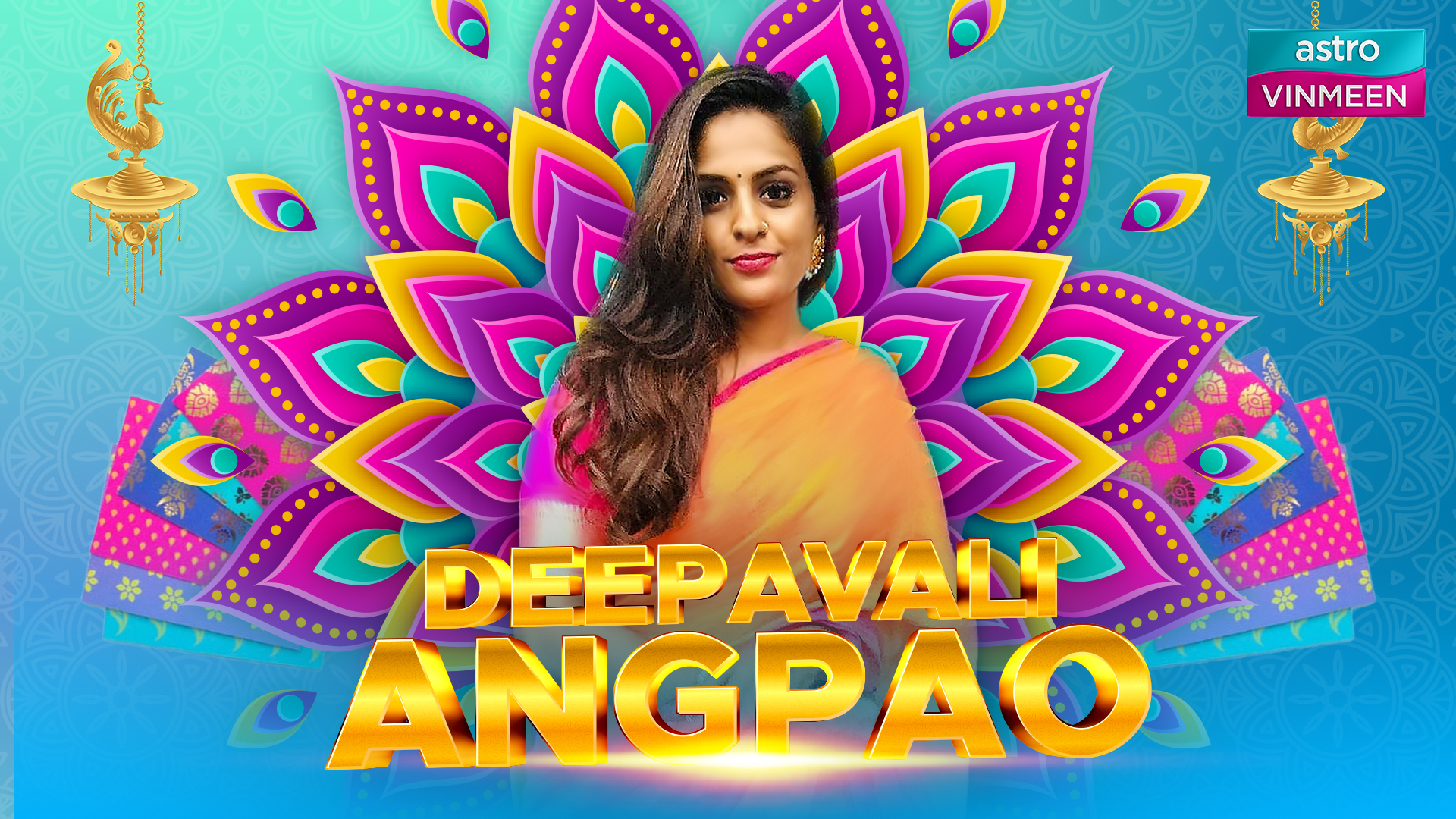 Touted to be a comedy tele-drama, the flick depicts a brother and sister who are like a cat and dog stuck at home during lockdown with only each other accompanying themselves. Amidst multiple tense situations and interfering relatives via web calls, will these rival siblings find the true essence of family love during this Deepavali? 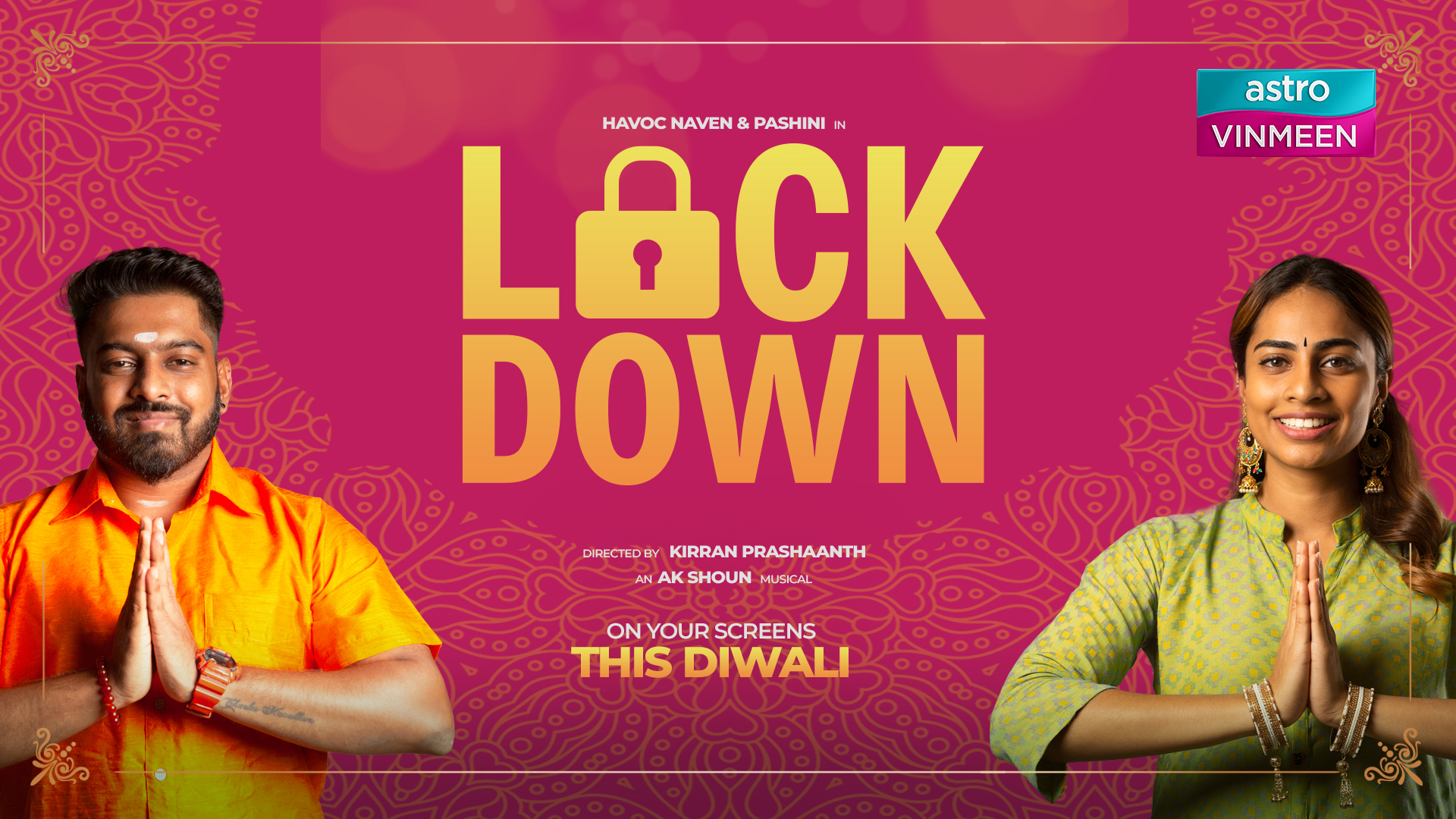 Touted to be a one of a kind Food travelogue, this show will be anchored by Shabby and ‘Superstar 2018’ finalist, Prasad as they go in search to discover palatable food varieties that entice foodies with budget varieties.

A TV reporter, who has been gathering evidence to expose a self-styled ‘godman’ for years, receives help from Goddess Mookuthi Amman. How does he utilise the situation to bring down the ‘godman’ before the public? Anchored by Rakshan and Jacquline Lydia, the fun game show is all about Indian celebrities and their spouses coming together for an exciting Deepavali shopping spree challenge. These celebrities put their relationship to the test with fun filled and challenging tasks in a supermarket. 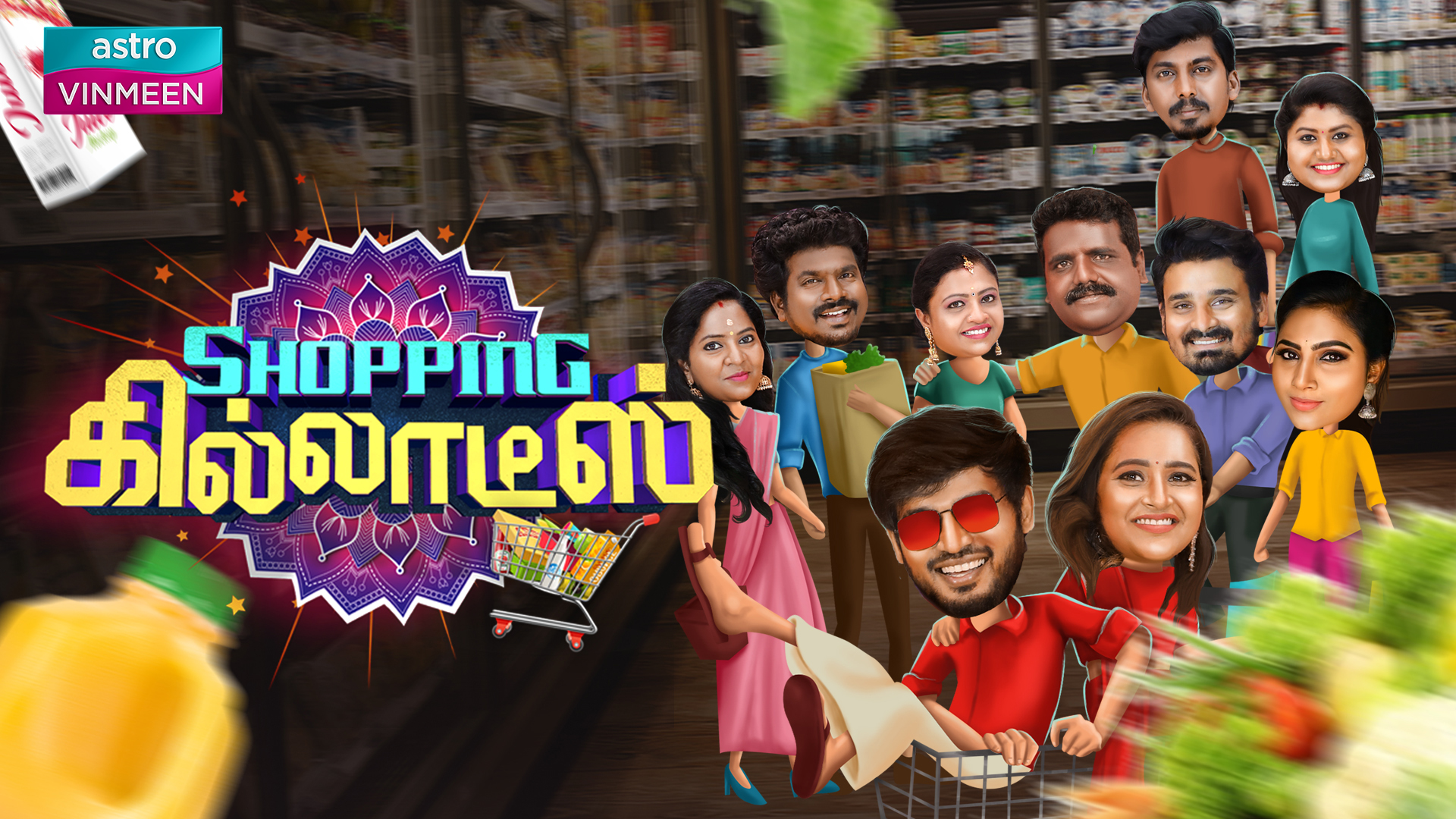 Bhoominathan is an astronaut at NASA who has to resolve unfinished business in his village before taking off to Mars. Directed by Lakshman, the film features Jayam Ravi, Nidhhi Agerwal, Ronit Roy and Sathish. 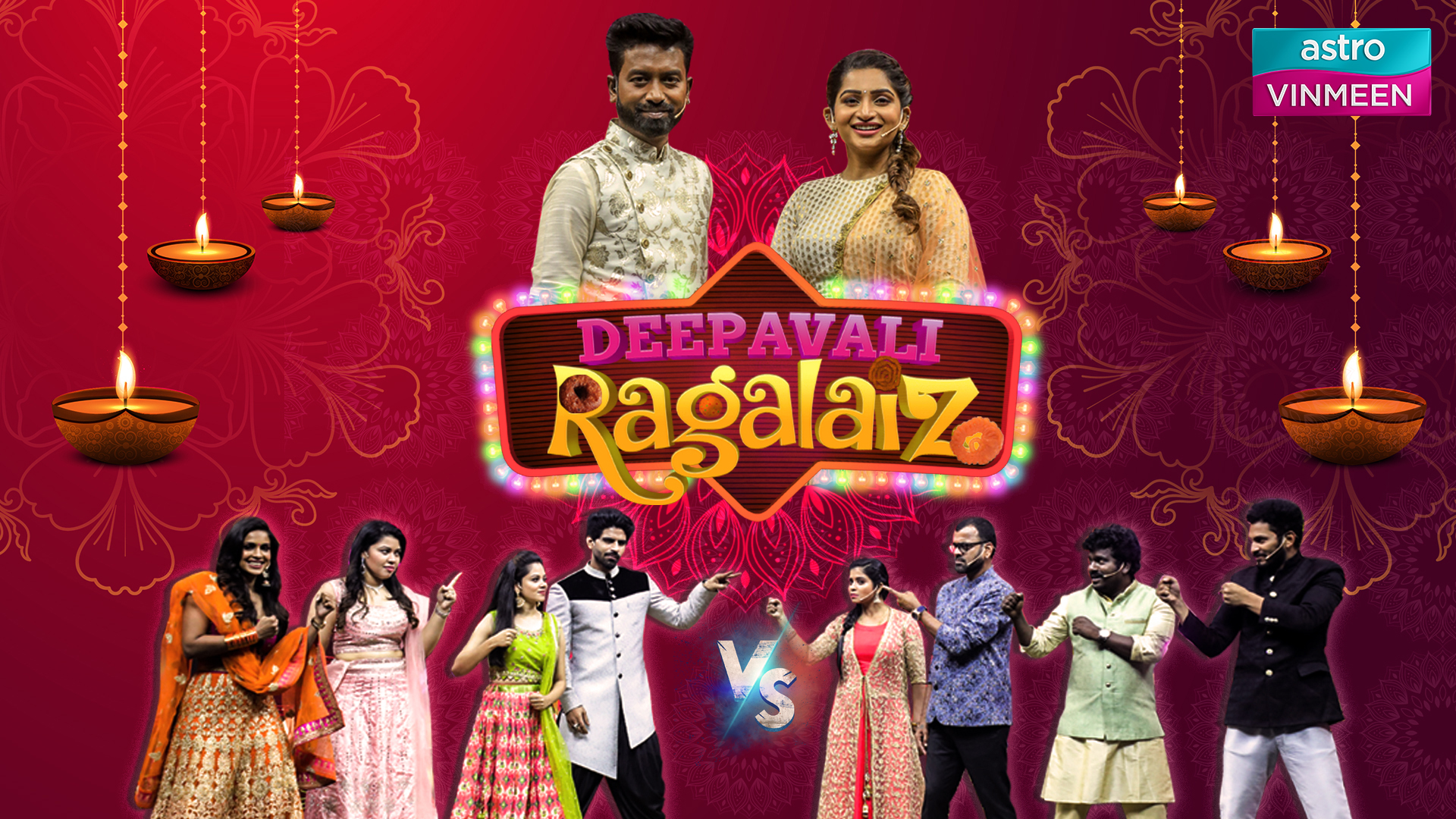 Helmed by Prabu Solomon, don’t miss to watch the bond between humans and elephants with Bandevs story as he fights for the protection of his ele-friends.

Directed by Martin R. Chantheran, Enna Kodumai Saar Ithu depicts Pavi hates his stingy father, Mani and they frequently get into arguments. Issues escalate when Mani does not offer money for Pavi’s Deepavali vacation. Pavi then comes across an ancestor’s spirit which resembles Mani. The spirit takes him on a journey to the past to show him his father’s childhood struggles which brings Pavi to an important realization. 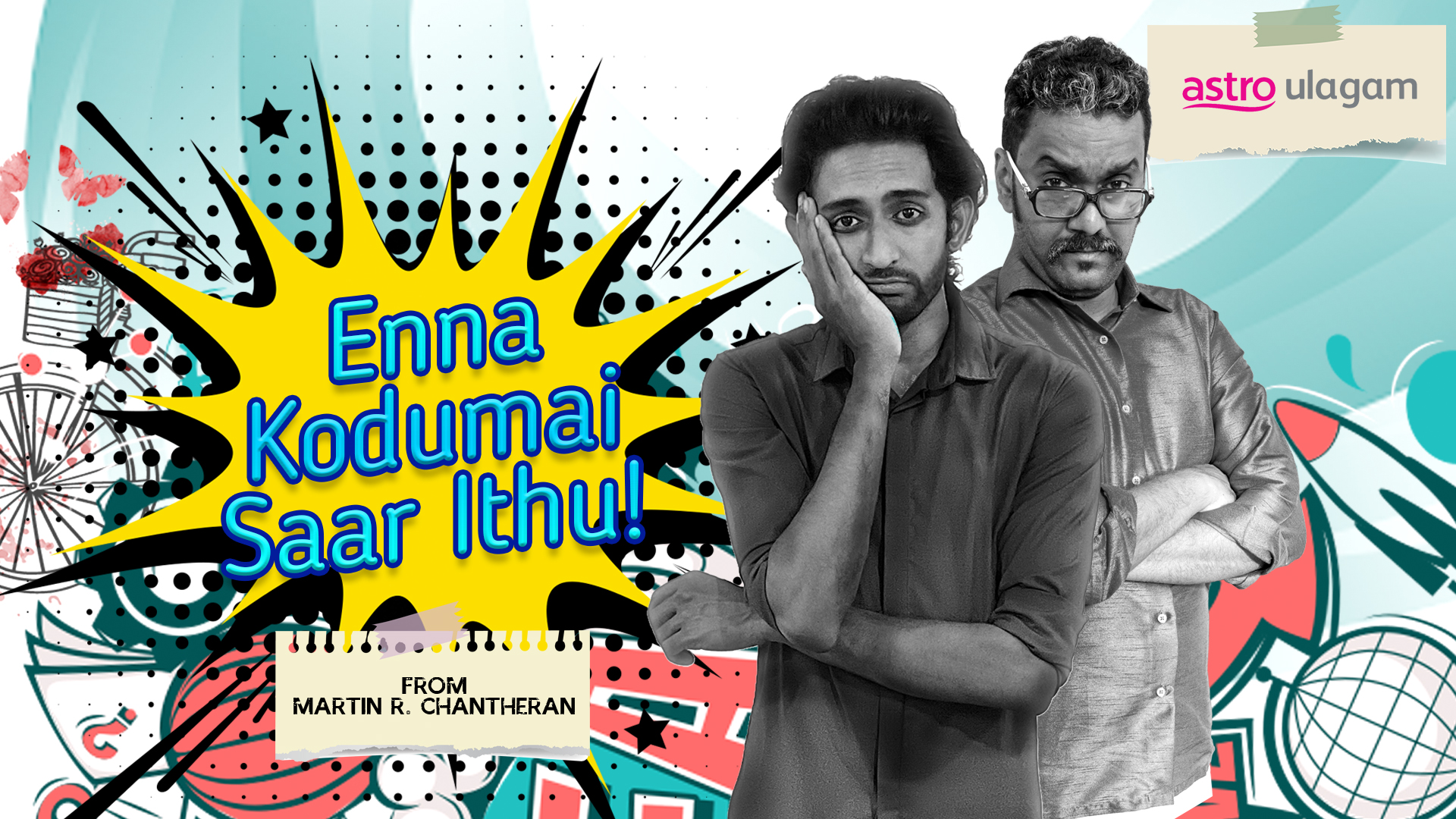 A ‘cinderella’ dress ends up in the hands of a sound designer, who soon gets arrested for a couple of murders.

Sanjay and Aditi, two individuals from different castes, fall in love and want to marry. However, knowing their parents will disapprove, they hatch a plan to convince them. 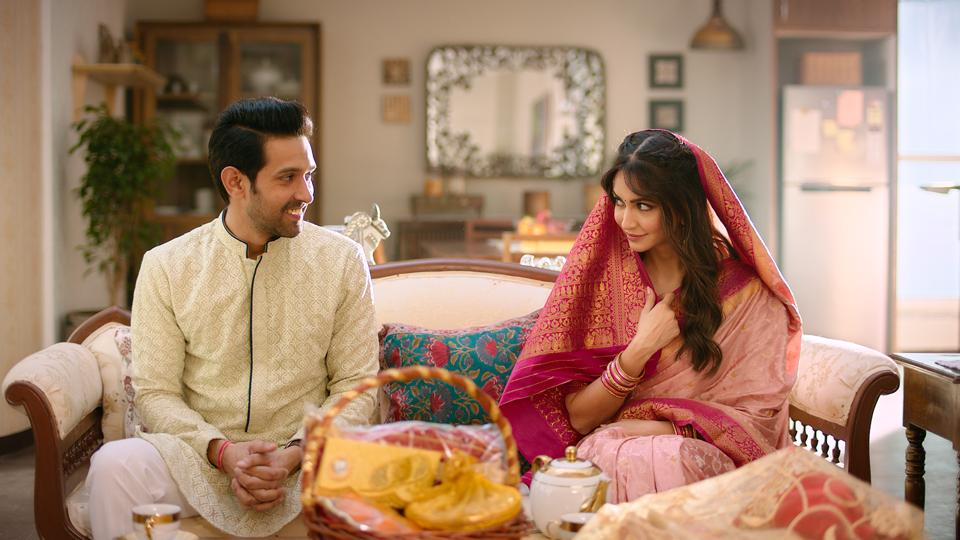 Directed by Chimbudeven, Kasada Thapara revolves around the lives of a few individuals get impacted, both in good and bad ways, by the actions of others who are hardly connected to them.

Let’s celebrate this year’s Deepavali with #OliyaaiThigazhvom (Be The Light)!