Why Is Luis Suarez Wearing A Kurtha & Standing In Front Of Batu Caves?

by Trish K
43
SHARES
Share on FacebookShare on TwitterSend

When we saw a picture of Barcelona star Luis Suarez in a kurtha suit and clasping his hands together in front of Batu Caves, we thought this had to be a joke.

But no, it’s not. As it turns out, the former Liverpool striker has been appointed as Malaysia’s ambassador by Tourism Malaysia last year. The photo is merely a screen cap from the 19-second promotional video.

In the photo, Luis Suarez, who looks dapper in his crisp white kurtha, wished his followers “Happy Chinese New Year”, but captioned the photo with vanakkam.

“Happy Chinese New Year everyone. Malaysia is a country that celebrates its diversity.” the 31-year-old Uruguayan posted on his official Twitter account.

“Other than celebrating and experiencing different cultures in Malaysia, I’m also learning some basic Malaysian words,” he added.

Other than celebrating and experiencing different cultures in Malaysia, I'm also learning some basic Malaysian words. Happy Chinese New Year everyone. Malaysia is a country that celebrates its diversity. Find out more https://t.co/4eku1bMFXw for info!@TourismMalaysia to video pic.twitter.com/0kpfqVv9nB

According Tourism Malaysia, they have made a total of four advertisement videos with the Barcelona star – the entire campaign amounting to about RM 3.1million. 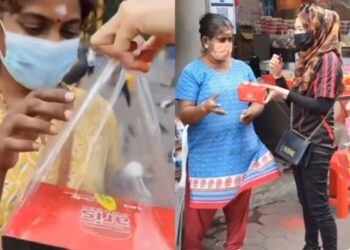 Well, here we are again with some nonsensical gesture by a local burger owner! In conjunction with the recent Thaipusam... 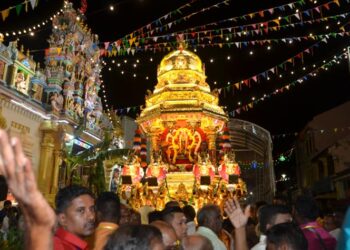 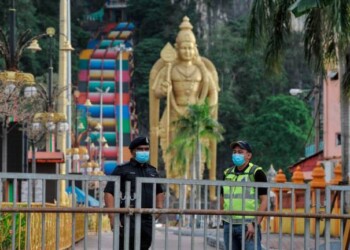 This time around, a far cry from previous years, the sight of a sea of devotees were no where to... 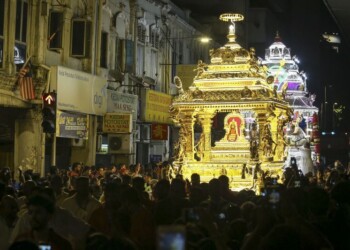 The chariot carrying the statue of Lord Murugan has been granted an approval with strict conditions to travel from Sri...