Rajinikanth And Nayanthara In Mumbai To Finish Shooting For ‘Darbar’!

Rajinikanth and Nayanthara flew together to Jaipur a couple of weeks ago for the shooting of their upcoming film ‘Darbar’ directed by AR Murugadoss. Rumors have it that there is about 25 to 30 of shooting left, this could well be the final schedule of shooting for the film.

Shooting spot stills of ‘Darbar’ have leaked once again in social media. A picture of Rajinikanth in cop uniform next to a police car conversing with Nayanthara has gone viral. 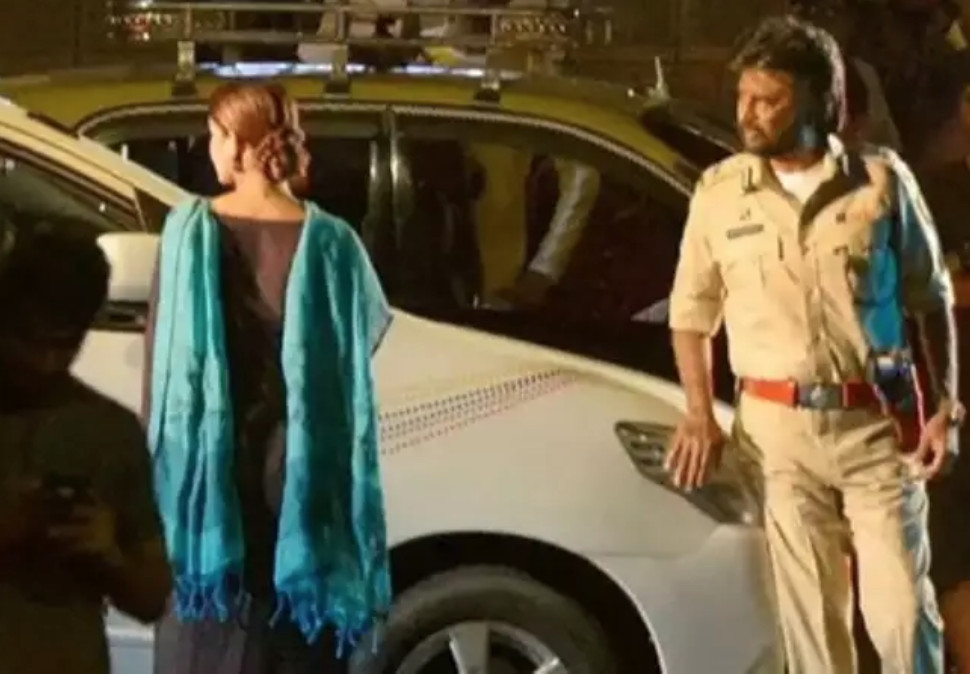 Rajinikanth plays a cop role after 25 long years. Touted to be police-oriented action film, Rajinikanth is paired opposite Nayanthara. Nawab Shah, who was last seen in Tiger Zinda Hai, has been roped in as a villain. Suniel Shetty is already playing the antagonist in the film. Bollywood actor Prateik Babbar, plays the son of Sunil Shetty in the film.

The film stars Yogi Babu, Anandaraj, Harish Uttaman, and Bose Venkat in important roles. Darbar is scheduled for release on January 9, 2020. The film bankrolled by Lyca Productions has Santosh Sivan handling the cinematography for the film and Anirudh Ravichander will be composing the music.