Pranav, a differently-abled artist based out of Kerala, recently grabbed headlines after he met Kerala Chief Minister Pinarayi Vijayan. He has now captured the hearts of everyone once again.

The artist, who was born without both hands, recently met Rajinikanth in Chennai. Known for his paintings, Pranav presented a portrait of Rajinikanth to the Superstar himself. The heartwarming photos of their interaction are making rounds of the internet. Rajinikanth even posed for a selfie with Pranav, who took the photo using his foot. 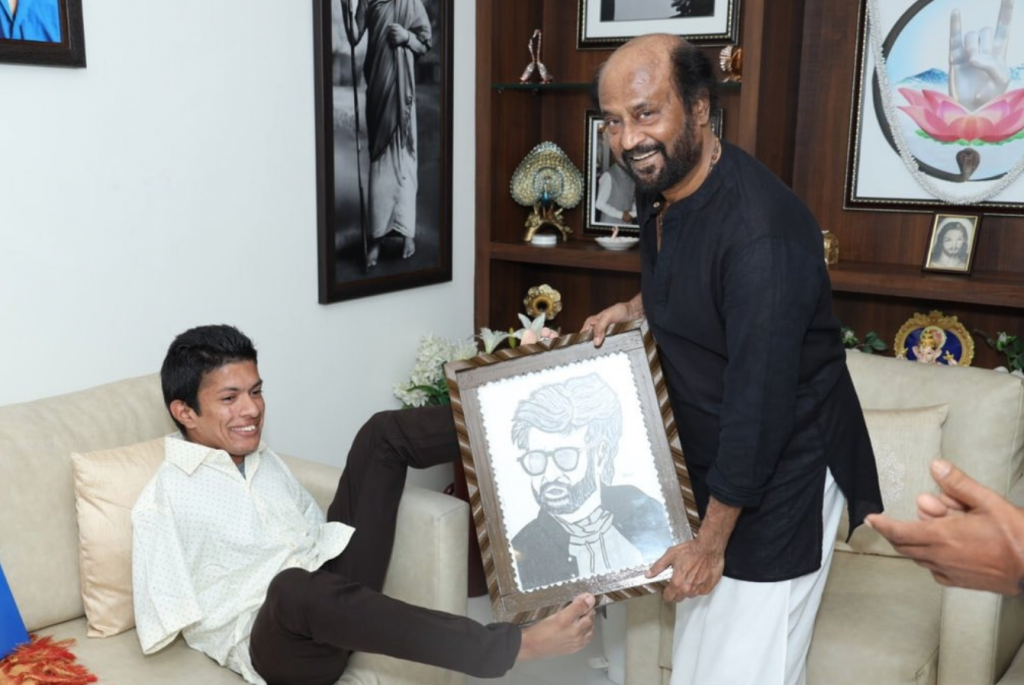 Pranav made news after he donated the entire amount he won through a reality television show to Pinarayi Vijayan for flood relief in Kerala. The artist was praised by the CM for the “very touching” gesture and went on to add that Pranav’s contribution to the cause was “immense”. Kerala faced devastating floods in 2018 and was also affected by severe rainfall and floods this year. 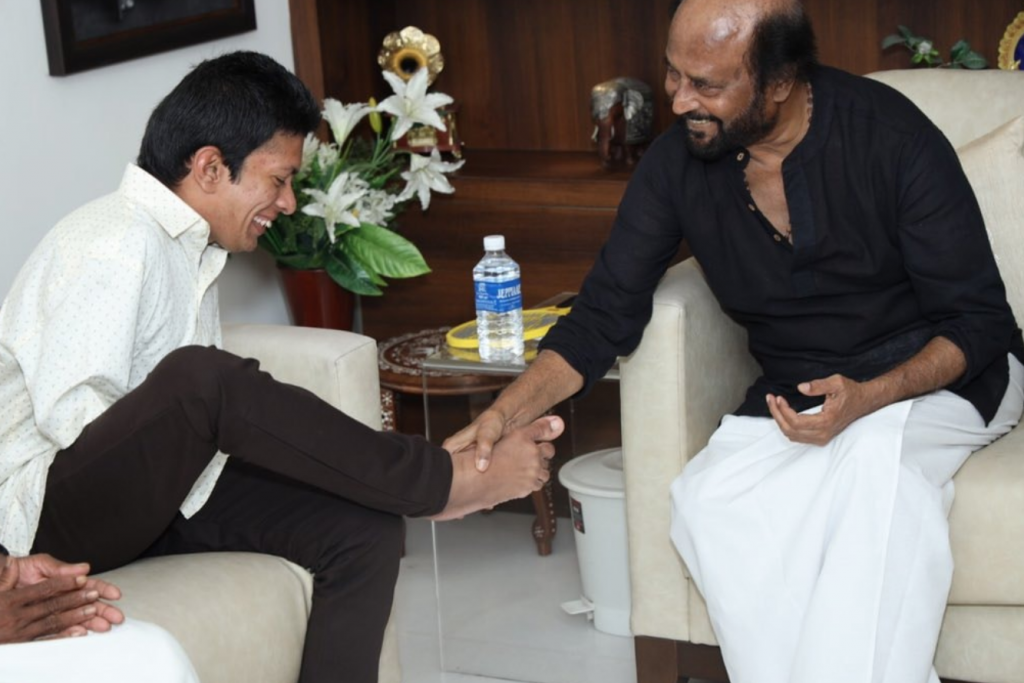 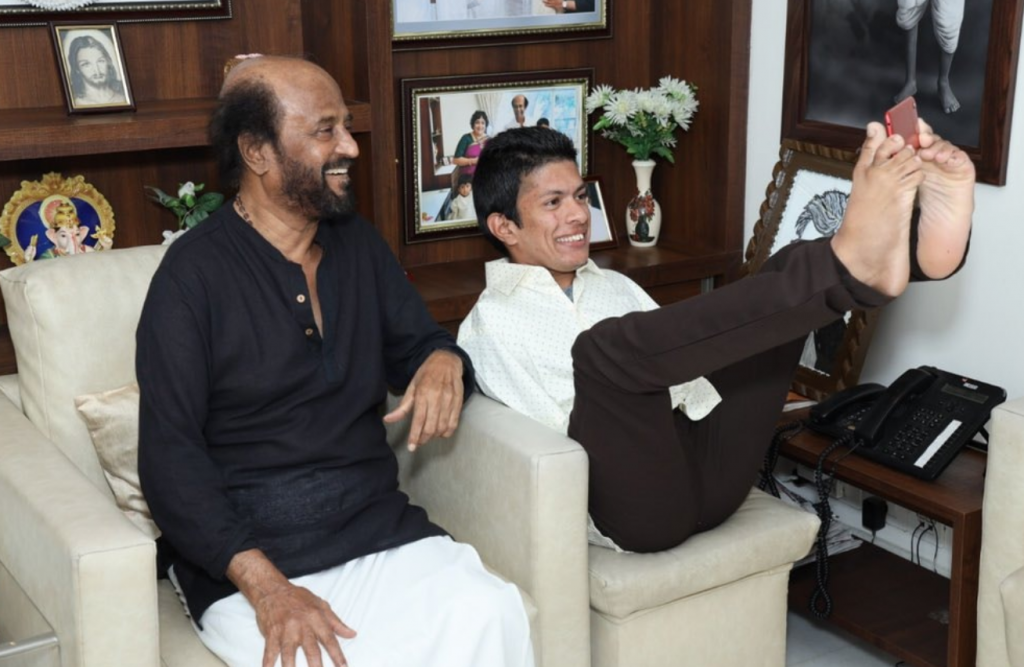 Rajinikanth has wrapped up the shoot of his upcoming release Darbar. The actor has also signed another film, tentatively titled, Thailavar 168, with director Siva of Viswasam fame.