EXCLUSIVE: N Thanabalan – The Striker Who Scored A Goal In Our Hearts

“Every weekend, my father used to take me to Rantau, our hometown, where I would play football with my extended family. I was the only kid there among all the adults. But they didn’t treat me like a child on the pitch. I had the time of my life playing with those big guys,”

Thanabalan Nadarajah rose to national fame when his header scored the winning goal in the 2017 in the SEA Games match between Malaysia and Indonesia. The national footballer then became the talk of the town, because of his sheer skill and determination. 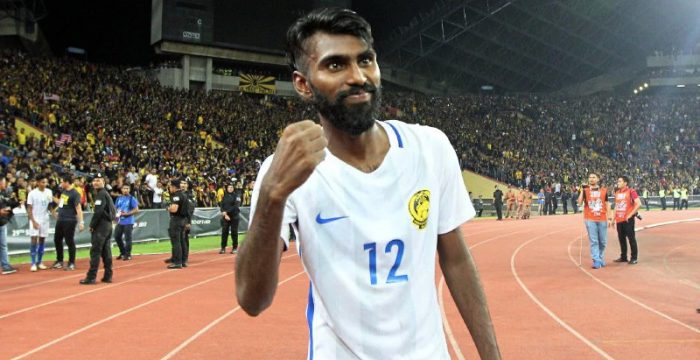 Thanabalan talks to Varnam about his journey in Malaysian football and opens up about his hopes for the future of his family and the nation.

“You know, I want to achieve more, play more games, and make my team proud,” he says at the start of the interview, in response to our praise of his work in Malaysian football. “I just underwent a knee surgery and I am recovering well, so I am really excited to perform better for the upcoming matches,” 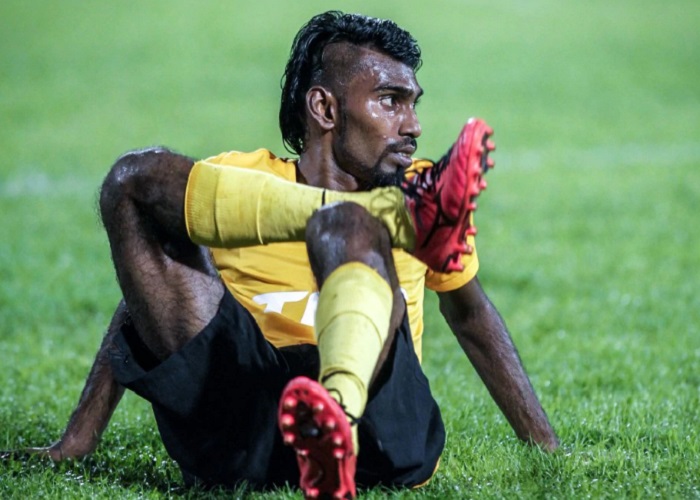 Thanabalan, fondly addressed as Thana, started off like any other Malaysian school pupil. “In primary school, I wasn’t just playing football, I would play badminton, sepak takraw, and of course I was very active in olahraga (athletics),” he tells us.

The 24 year old footballer with his signature beard has been laser focused on his game for a while now. “I started focusing on football in Standard 4, and soon enough, I was part of the national under 12 team, and represented Malaysia in Japan,”

The Malaysian squad from childhood 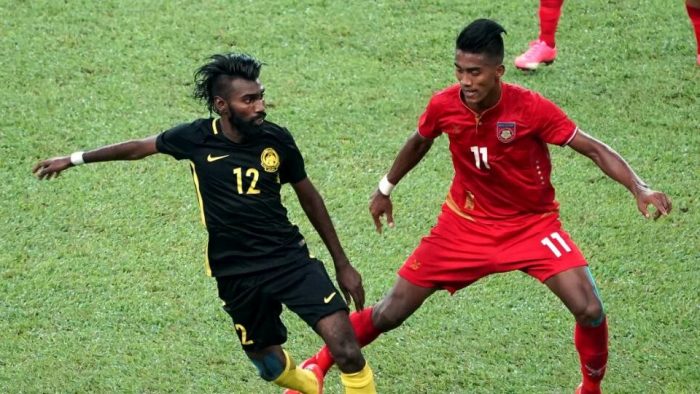 And then came secondary school. Thana was adamant about focusing on football, and told his parents that he wanted to enrol in a sports school. “At the time, there were only two sports schools. It was either Bukit Jalil Sports School or the Bandar Penawar Sports School. I applied to the latter,”

Thana’s parents gave him the green light to go to the sports school. “My parents said, okay, if this is what you want, go for it,” He reminisces about his time in the school. “There, I concentrated fully on football, and was part of the Malaysian national squad for under-13 and the under-15 teams,”

But it wasn’t easy. Picture a young 13 year old boy being away from his family, in a new environment surrounded by new faces. “I really missed my family when I started off there,” His parents, however, didn’t coddle him. “My parents reminded me that this was my decision and that I needed to stick it out,” he tells us.

“My parents reminded me that this was my decision and that I needed to stick it out,”

“You know, in my 5 years there, they only visited me twice, and I would return home thrice a year for holidays,” Thana goes on to tell us that this was an important lesson for him. “From a young age, I learnt to be independent as a result of this,”

“After secondary school, I returned to Negeri Sembilan, and joined the under-21 league where I played for my state,” Thanabalan played for Negeri Sembilan for three years before he was loaned to Felcra FC for a year. He is now playing for Kedah FA, and will be with them for two years. 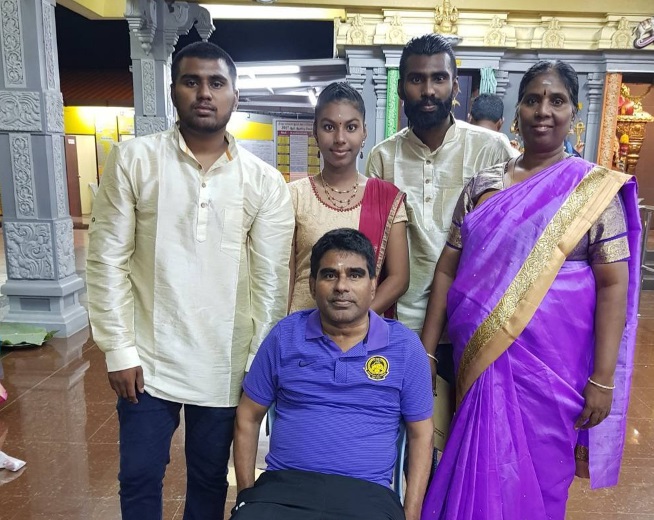 Hailing from Seremban Jaya, Thanabalan and his family come from humble beginnings. His father, S Nadarajah, was a driver for the ambassador of Finland and would spend his weekdays in Kuala Lumpur, returning every weekend to spend time with Thana and his two siblings. This was when he would take young Thana to the field in Rantau to play football amidst adults.

During one trip from Kuala Lumpur to Seremban, Thanabalan’s father met with an accident, and has since been paralysed from chest down. His brother and mother are currently caring for his father.

“After my father became paralysed, some family members questioned my choice – to keep playing football. So I began taking on part time jobs to support my family,”

“My uncle then spoke to me, and told me to focus on my football career, he offered to support my family. After the SEA Games, he said okay, now it is time for you to take care of your family. He really is my role model,”

“Right now, I’m based in Kedah, and I travel for away games. If I do go to Kuala Lumpur, I will visit my family in Seremban and spend a night or two with them before returning to Kedah,” 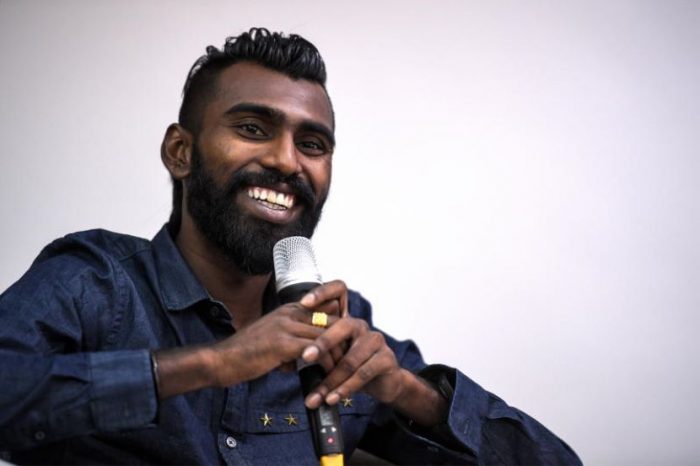 Thana hails from a big family. He tells us that not only his parents, but his extended family have been incredibly supportive of his football career. “When I was younger, my grandpa used to wake up early to prepare eggs for me, he always said that I need to be ‘kuat’ to play football,” Thana continues without missing a beat, “Because of this, namballum uruthi-va irrukanum,”

Thana tells us that it wasn’t just his family’s encouragement. It was also his own personal will to succeed. “I had the drive to succeed in my career, I wanted the best. So I knew that I needed to be strong, many people had their hopes pinned on me,” 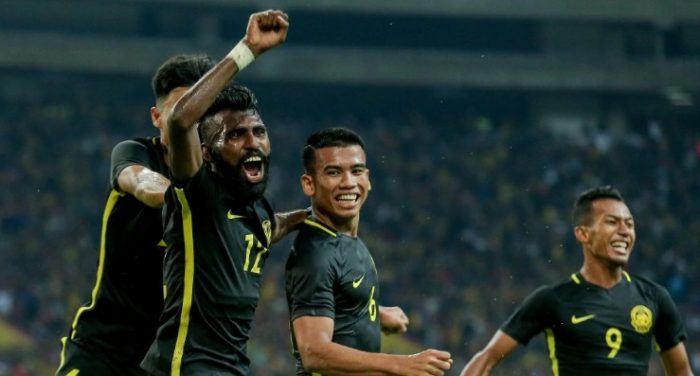 But what does this footballer do when he is down in the dumps? “It is normal to feel demotivated when it comes to football. There are ups and downs,”

“Nothing will be permanently positive, even in life. Sometimes I feel like giving up, and that is normal, but I remind myself that I have a bigger purpose and keep pushing myself to greater heights,” Thana says. 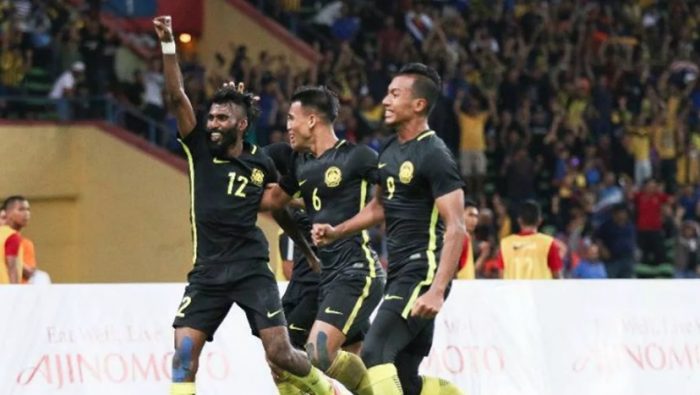 Being the only Malaysian Indian in most of his teams has not been a problem for Thana. “Honestly, I have been mingling with other races since primary school, and I haven’t had any issues at all,” Thana tells us. “In fact, when I scored that SEA Games goal, Malaysians were really happy for me, not just the Malaysian Indians. That is love that Malaysia is truly made of,” 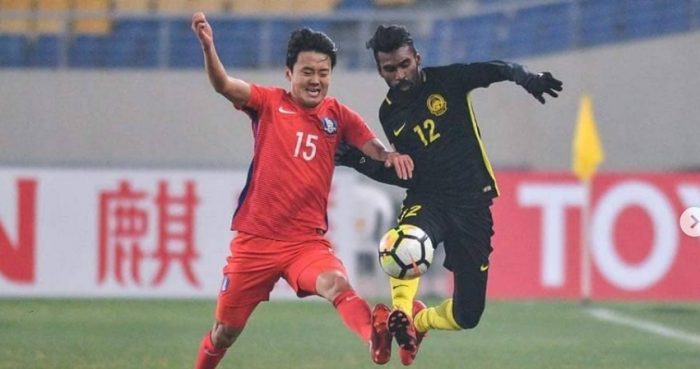 “I unwind by lepak-ing. I enjoy spending time with friends and just hanging out,” Thana reveals. He is also a car enthusiast. “I also love watching movies, there isn’t much to do here in Kedah, so in my free time, I usually catch a film or two,” Thana tells us that he is a Rajinikanth fan, and will never miss Thalaivar’s films.

Interestingly, Thana doesn’t watch football matches. “I’m already playing, so I will lepak until the wee hours of the morning, but I won’t be watching football,” he laughs. The Cristiano Ronaldo fan does however, watch the highlights of his idols’ games. On the local front, he is a fan of S Gunalan. 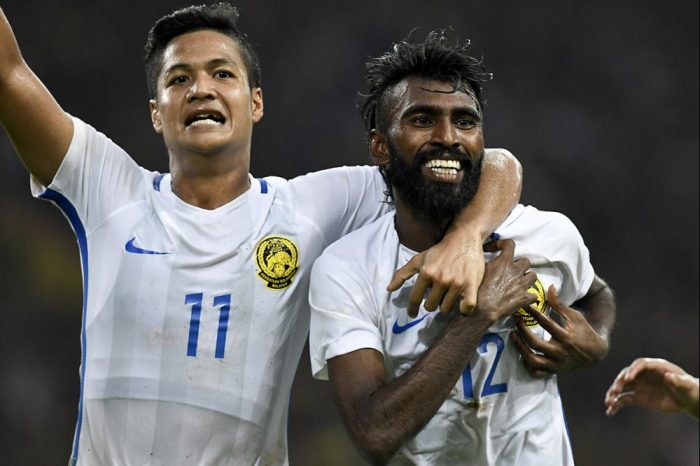 “People say that our Malaysian Indians don’t get a chance when it comes to sports, but I disagree,” Thana tells us. “I disagree, because I have personally seen how reluctant some of our youths are when it comes to giving up a comfortable lifestyle to pursue their dreams. If you don’t make the sacrifices, it will be close to impossible to achieve your dreams,”

He gives some parting advice to the younger generation. “Grab the opportunity when it presents itself. Of course, it won’t be easy, and it is no fun getting out of your comfort zone, but you need to persevere,”

“I had the fire inside me, that I wanted to be the best. I knew I had to be strong when so many people are looking out for me and want the best for me,”

The changes in Malaysian sports Thana would like to see 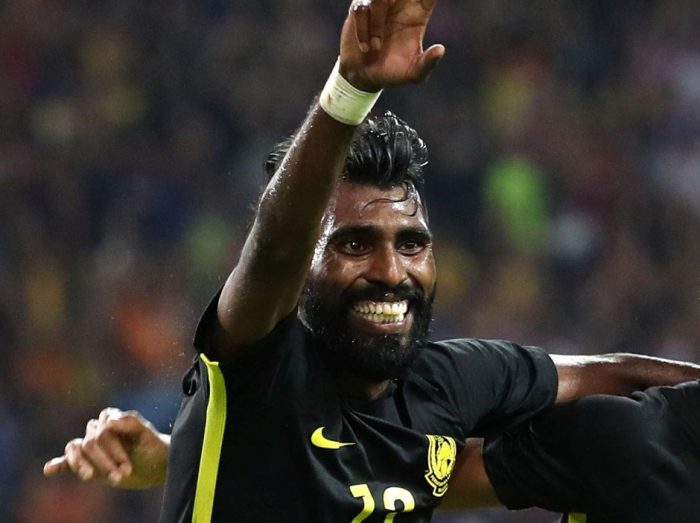 If there is one change I’d like to see in Malaysia when it comes to sports, it is to have a sports academy. You know, when I went to Japan, there were kids as young as 3 years old enrolled in the sports academies there. And it wasn’t just football, every sport had an academy of its own,” Thana sighs that the Malaysian mentality isn’t the same. “Our Malaysians don’t want to put their kids through basic training, and it is a pity,”

If he wasn’t a footballer…

“Honestly, if I didn’t end up a footballer, I don’t know what I’ll be doing. I may be working in a regular company, or driving a lorry,”

He is honest with us, “I didn’t really focus on my studies. In fact, when I was working part time, I used to do these very jobs, going on lorry trips and erecting canopies,” 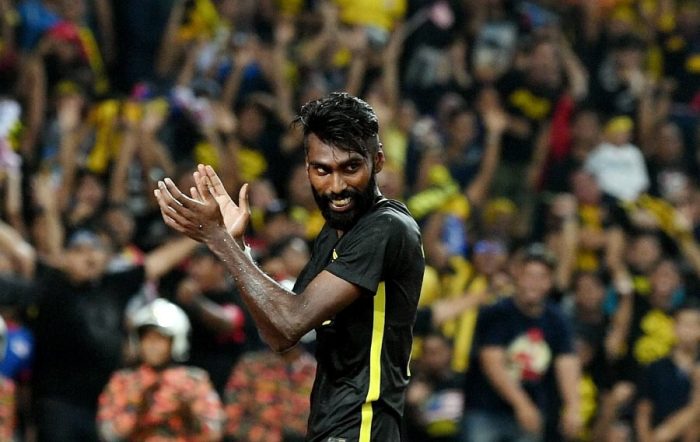 We ask Thana what his dream is. “I don’t know if I can make this dream of mine a reality, but I really want to see Malaysia reach the World Cup,”

“I really want to see Malaysia reach the World Cup”

Thanabalan embodies the spirit of Malaysia. With his parents themselves referring to him as Malaysia’s son, the footballer is driven my his goal to do his best for his country and for his family. And the love that he has for his family is wonderful. When we ask him what his dream is, on the personal front, Thana has this to say.

“All I want is to buy a beautiful house and a nice car for my family. That’s it,”

Well done, Thanabalan. You are an inspiration to Malaysians from all walks of life.