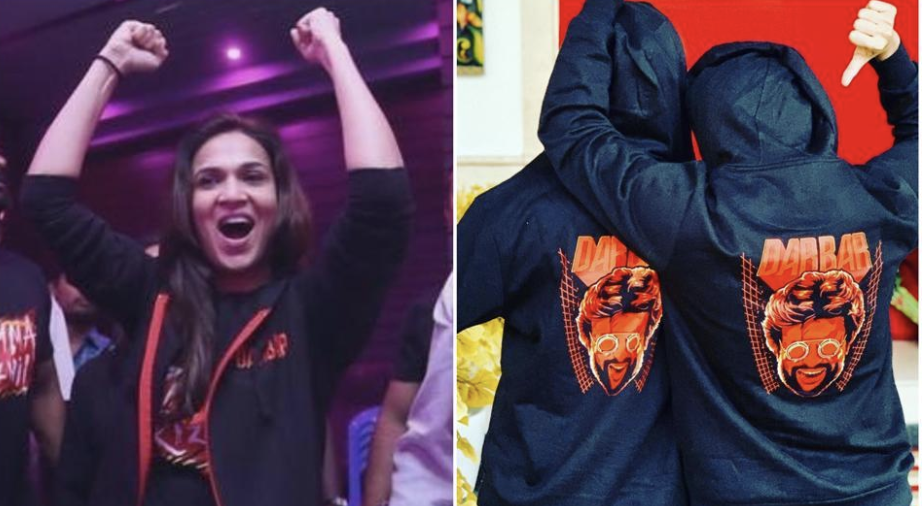 Fan frenzy has gripped the world as Rajinikanth’s latest release Darbar opened in theatres. The star’s daughters Soundarya Rajinikanth and Aishwaryaa R Dhanush joined hordes of fans in watching the first day first show of the cop drama. They even wore Darbar hoodies to show their support to Rajinikanth’s film.

Such an amazing support system!

Darbar released with a lot of pomp and splendour, with fans offering milk and garlands to life-size cutouts of Rajinikanth, playing the dhol, dancing and even doing fire stunts.

People are excited to see the star playing a cop on screen after more than two decades.

Rajinikanth is known for bringing his signature swag to his characters. At the trailer launch of Darbar, when he was asked how much of his inputs are incorporated into his characters, he said,

“Mera input bhi rehta hai, but director ka input bohot zyada rehta hai. Mujhe maalum nahi actually style kya hai, main jaise life mein har din rehta hoon, waise hi rehta hoon. (I give my inputs, but most of it is the director’s vision. I actually don’t know what style is, I’m the same on screen as I am in real life.)”