Malavika Mohanan, last seen playing a brief but important role in Karthik Subbaraj’s Petta, has been signed as the leading lady in Thalapathy Vijay’s next titled Master directed by Lokesh Kanagaraj.

The latest update on Master is that Malavika has now joined the sets of the film.

Malavika has reportedly been training in mixed martial arts and parkour for this role in the film.

Tipped to be a gangster drama, there are rumors that the film will feature Vijay in the role of a college professor with a violent past. It will also be the first time Vijay will be seen playing a professor. The film has been predominantly shot against a college backdrop and the team had recently completed the second schedule at Shimoga, Karnataka.

The film also stars Andrea, Arjun Das and Shanthanu Bhagyaraj in important roles. Bankrolled by  Xavier Britto under XB Film Creators banner the film will have music by Anirudh Ravichander with Sooryan cranking the camera and Philomin Raj editing it. 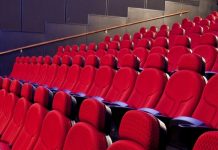 ABOUT US
Varnam MY is the Malaysian Indian livewire for the latest celebrity interviews, trends, reviews, previews, link ups, break ups, scoops and insider news. Stalk us on Facebook, Instagram and Twitter or right here at Varnam.MY!
Contact us: [email protected].my
FOLLOW US
© 2020 Vijandren Ramadass. All Rights Reserved.