Pooja Hegde was left speechless when one of her fans travelled to Mumbai and slept on the footpath for five days, just to catch a glimpse of her. She shared a video with him on her Instagram account and said that while she was moved by the sweet gesture, she did not want her fans to go through so much trouble.

“Bhaskar Rao thank you for coming all the way to Bombay and waiting for 5 days to see me. I am so touched but it also saddens me to see my fans going through so much trouble to do so.I would NEVER want to see you’ll sleeping on the road in order to do so.I promise you, I feel your love from wherever u’ll are, you’ll are my strength. LOVE YOU’LL. #bestfansever #touched #grateful,” the actor wrote, sharing a clip of their interaction.

Pooja will be seen next in KK Radha Krishna’s Jaan, opposite Prabhas. Talking about the romantic drama, she told Bollywood Hungama, “It is bilingual. We are shooting in Hindi and Telugu. I am very excited about that. It’s one of the best scripts I have read. We still have to shoot so mostly next year (release). It is a period drama which is set in Europe and never done before. So, you are going to see us in European style costumes. We will be shooting in Italy and some sets in Hyderabad.”

Can you imagine the extent that some people would go to; just to meet their celebrity crush! Comment in the box below if you have done something like this or know someone who has! 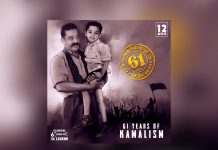