Kangana Ranaut has been announced as a recipient of this year’s Padma Shri, India’s fourth highest civilian honour, for her contribution to the field of performing arts. She celebrated the achievement with the team of her upcoming film Thalaivi in Chennai. 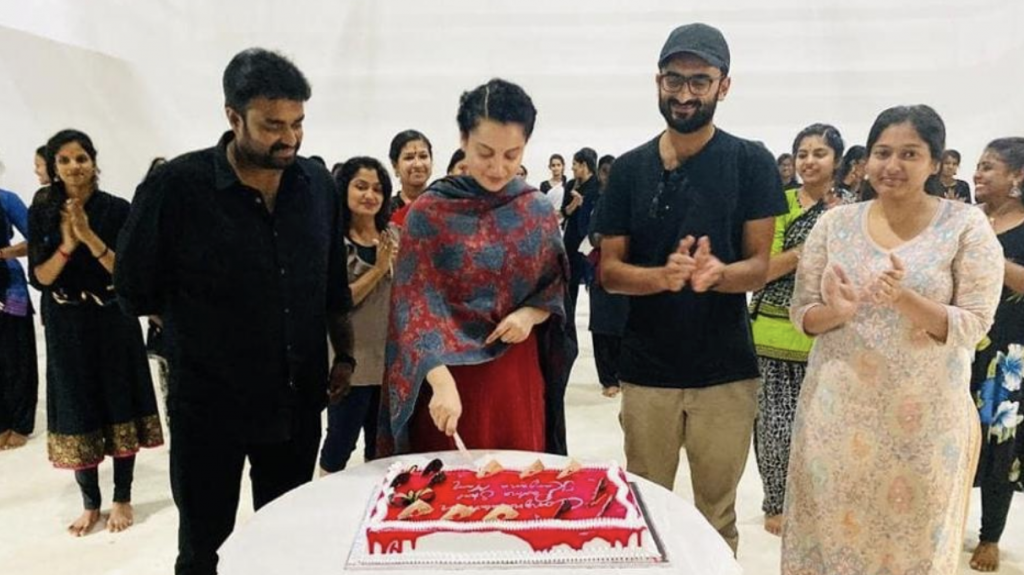 A picture shared by the official Instagram handle of Kangana’s team shows her cutting a huge cake, as the cast and crew applauds her. “Team #Thalaivi celebrates #KanganaRanaut’s supreme achievement in being awarded the prestigious #PadmaShri Award,” the caption read.

Soon after being conferred with the Padma Shri, Kangana expressed her gratitude towards the Government of India and well-wishers in a video. Dedicating her win to “every woman who dares to dream”, she said,

“I’m humbled and I’m honoured. I am grateful to the Indian government, my fans and friends. I thank my country for this recognition and I dedicate this to every woman who dares to dream. To every daughter… to every mother… and to the dreams of women who will shape the future of our country.”

Kangana is currently shooting for Thalaivi, which chronicles the journey of former Tamil Nadu chief minister J Jayalalithaa from “a superstar heroine” to “a revolutionary hero”. The film is being directed by AL Vijay and also features Arvind Swami, Priyamani and Prakash Raj in key roles.