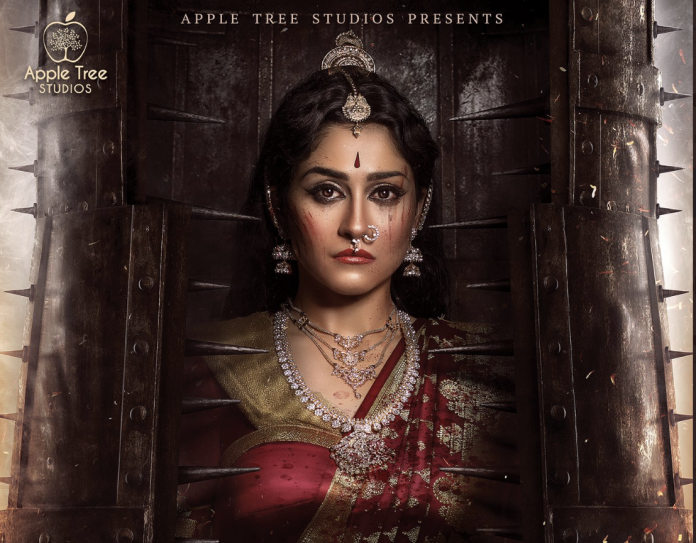 Regina Cassandra’s next is a Tamil-Telugu bilingual directed by Caarthick Raju. This film is titled Nene Na in Telugu, and Soorpanagai in Tamil.

The poster features Regina in a traditional red sari, and we assume she plays an ancient queen considering how the film is named after the iconic character in Valmiki Ramayana – Shurpanakha, who is the sister of Ravana.

Regina Cassandra plays an archaeologist in the film. Going by this, Regina’s character likely has flashback portions that remind us of Shurpanakha. Soorpanagai will be high on action and fantasy elements.

“Regina’s personality in the film is quite similar to that of the mythological character. When she digs out some information during an excavation, she finds that she has similarities to this character that we’ve shown in the first look. This portion takes place in the 1920s, where Regina’s character hails from a zamindar family.”

The film also has Akshara Gowda and Jayaprakash in key roles. The film is bankrolled by Raj Shekar Varma under Apple Tree Studios, Soorpanagai, a mystery-drama, has music by Sam CS of Vikram Vedha-fame and cinematography by PK Varma.